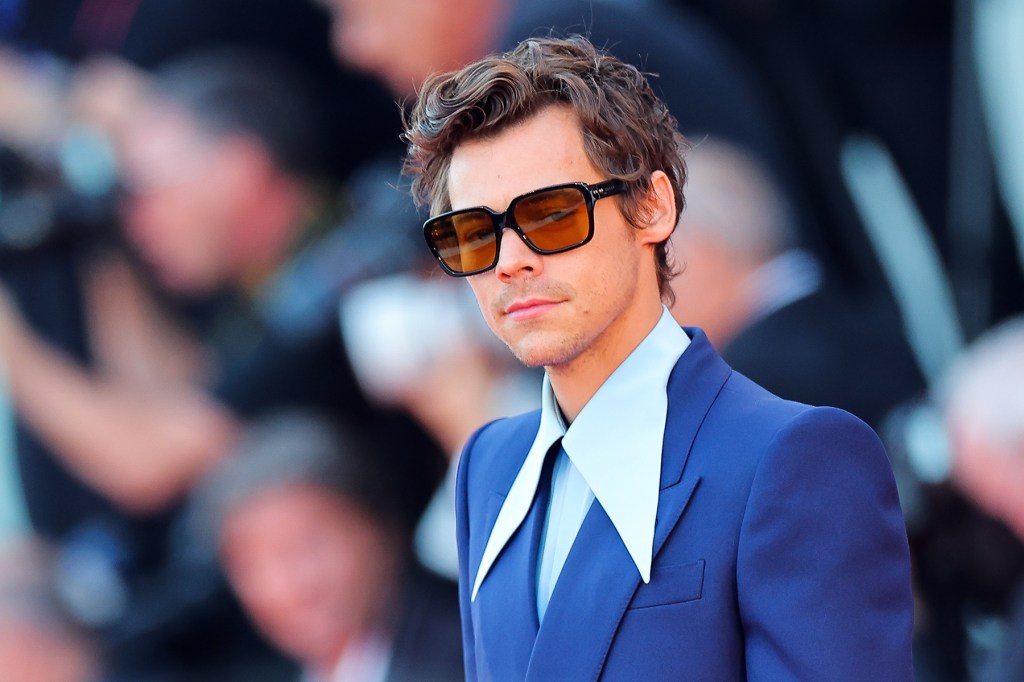 Harry Styles is having about as enviable a month as one could imagine in the entertainment world. He started September as Rolling Stone’s cover star. Then just last week, the singer wrapped a mini residency at Madison Square Garden, where he was bestowed a banner after selling out 15 consecutive shows at the legendary venue. Today, he’s among a select few who’ve managed to top the Billboard Hot 100 singles and box office charts at the same time.

As of Monday, “As it Was” — the best-selling song of the year — has now topped the Hot 100 for 15 weeks, just a week from tying “Despacito” and “One Sweet Day” for the second-longest running Number One single ever, and a month from tying “Old Town Road” for first place. Meanwhile Don’t Worry Darling, starring Styles and Florence Pugh and directed by Olivia Wilde, just topped the box office, earning $19.2 million from North American theaters in its opening weekend.

While Don’t Worry Darling likely wasn’t drawing in viewers over critical acclaim — the film has just a 38 percent rating on Rotten Tomatoes — Styles’s star power combined with dizzying amounts of off-screen drama garnered enough buzz to get the movie to the top on an otherwise quiet box office weekend.

It’s difficult to identify every instance in which an artist has managed to top the film and music charts in the same week, and while it isn’t unheard of, it’s highly uncommon.

Prince topped the Hot 100, Top 200 Albums chart and box office report in the summer of 1984 with the film and album Purple Rain and the single “When Doves Cry.” Eminem accomplished the same feat in November 2002 with 8 Mile and “Lose Yourself.” While Jennifer Lopez didn’t have the top single, in late January 2001, she had the number one album and movie in the country during the same week with the film The Wedding Planner co-starring Matthew McConaughey, and with her sophomore LP J. Lo.

Styles is surprisingly not even the first artist this year to top a film and music chart simultaneously. Bullet Train, co-starring Bad Bunny, was the top-earning movie the week of August 14th, and Bad Bunny’s Un Verano Sin Ti, the longest running Number One album this year, topped the chart that week as well.

Beyonce was atop the box office and Hot 100 in February 2006. The Pink Panther — where Beyonce played the pop star Xania — opened at number one, and Beyonce’s single “Check on It” (which was originally intended for the movie’s soundtrack but didn’t get included) topped the Hot 100.

There’s also plenty of other stars who topped movie and music charts but just barely couldn’t manage to do it at the same time. Madonna was weeks apart the charts’ summit multiple times. In 1990, Dick Tracy was number one at the box office the weeks of June 17th and June 24th, while “Vogue” was the number one single from the weeks of May 19th to June 2nd. She barely missed the feat again in 1992, when she was starring in A League of Their Own. The film topped the box office the week of July 12th, but the song she made for the movie, “This Used to Be My Playground,” topped the Hot 100 a month later.

Grease co-stars Olivia Newton John and John Travolta had also just missed out when “You’re the One That I Want” spent a week atop the Hot 100 the week of June 10, 1973. The film would stay atop the Box Office charts for five weeks from June 28th through July 26th.

As Styles celebrates another week atop the Hot 100, he’s inching ever-closer to the all-time record his Columbia labelmate Lil Was X set in 2019 with “Old Town Road,” which was in part bolstered by several remixes Nas released to keep the fire going. Can “As It Was” last another month at the top, or will it finally start to cool down as we near the end of the year?