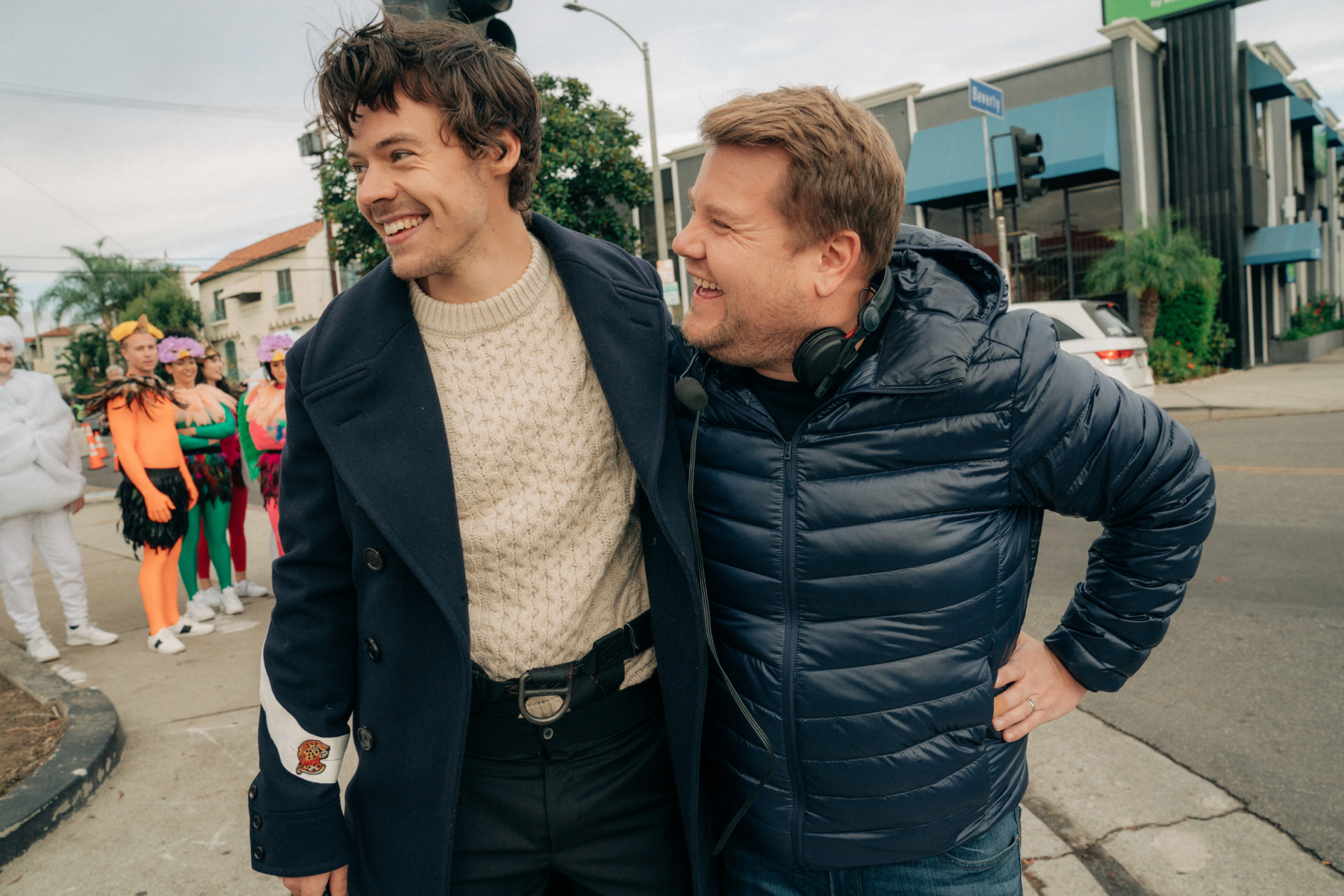 “I can’t believe you did this, H! It was the best part of my birthday,” the Late Late Show host wrote on Instagram

Harry Styles got all of Madison Square Garden to wish James Corden a happy birthday during his third of 15 shows in New York City.

Corden shared a video of the moment on Instagram yesterday, Aug. 23. In the clip, Styles stops the show and says, “There is a friend of mine, tonight, it’s his birthday, his name is James, and I was wondering if you would please help me sing ‘Happy Birthday’ to James.” While Styles gave the audience an out if they didn’t want to sing, everyone gamely participated, and after the rousing rendition, Styles quipped, “Friend points!”

Corden obviously appreciated the gesture, writing on Instagram, “I can’t believe you did this, H! It was the best part of my birthday. Thanks to everyone at MSG for joining in!”

Styles and Corden have been close for years, and the pop star frequently appears on The Late Late Show, game to do everything from musical performances to “Carpool Karaoke” to dancing salsa with Corden’s parents; Styles has even served as the show’s guest host on a couple of occasions. Just this past May, Styles gave Corden $300 and tasked him with directing a music video for his Harry’s House track, “Daylight.”

Styles — who just became Rolling Stone’s first global cover star — recently launched the New York City leg of his Harry’s House residency tour, which will find him playing multiple nights in various cities through the fall. He also has stops planned in Austin and Chicago before the trek wraps with a long run in Los Angeles.