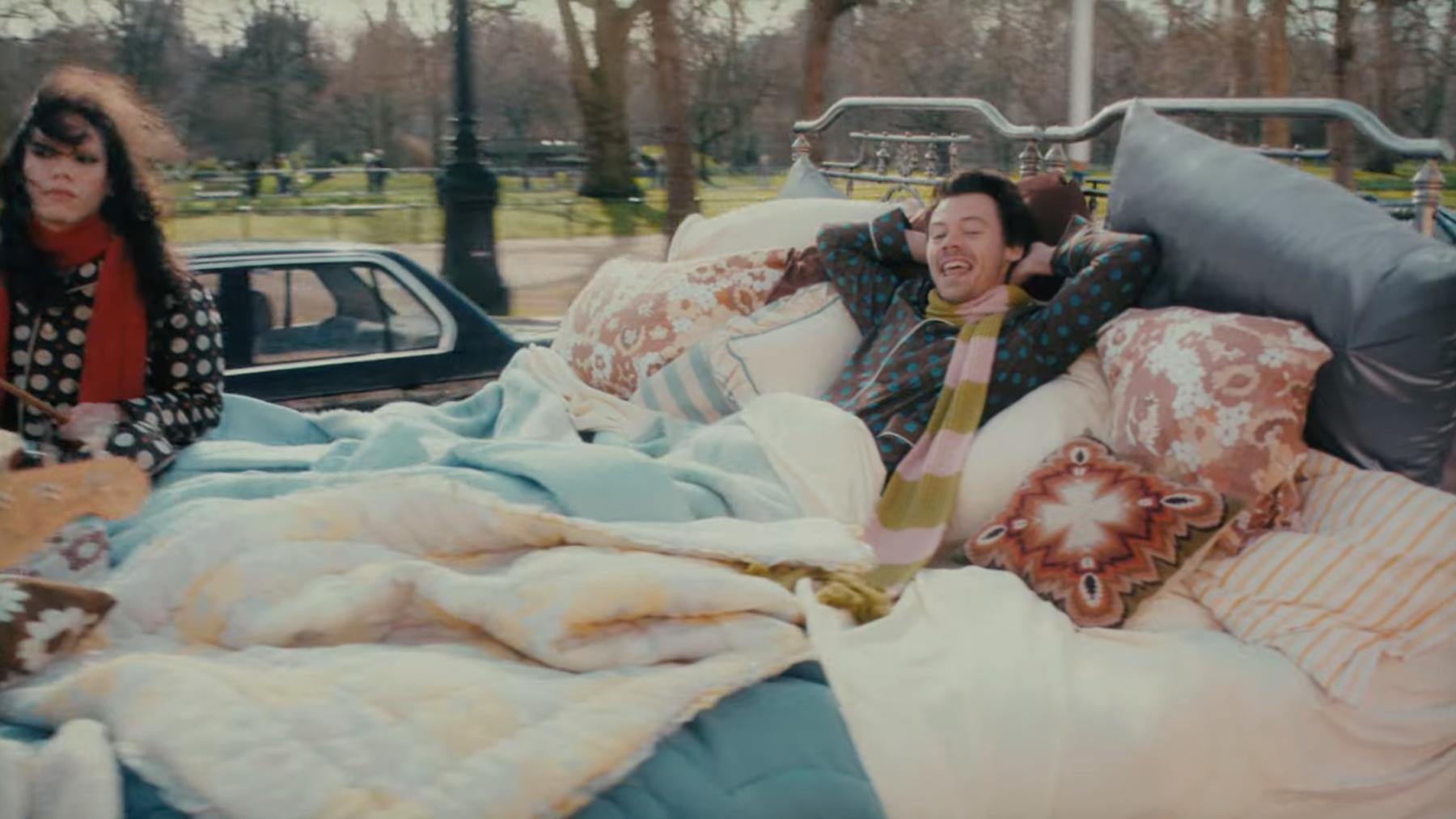 The clip, directed by Bradley and Pablo, finds Styles following a portal in his own bed that leads him to an array of other beds — one in an art gallery, another in a restaurant, and another that speeds through the streets of London. The clip also comes complete with a pillow fight and Styles officiating a bed-ridden wedding.

“Late Night Talking” is the third music video Styles has released as part of his Harry’s House album cycle. He previously dropped a visual for the lead single, “As It Was,” and he filmed a homemade video for “Daylight” during an appearance on The Late Late Show With James Corden.

Styles released Harry’s House on May 20, marking his third solo effort and first since 2019’s Fine Line. Styles is currently touring Europe in support of the album, but he’ll return to North America later this summer to launch an ambitious residency tour, during which he’ll play multiple shows in cities like Toronto, New York, Austin, Chicago, and Los Angeles.

Along with all the music, Styles has two movies coming out this year as well. The first, Don’t Worry Darling, a psychological thriller directed by Olivia Wilde, is out Sept. 23, while the second, the Michael Grandage-directed romantic drama My Policeman, arrives Nov. 4.