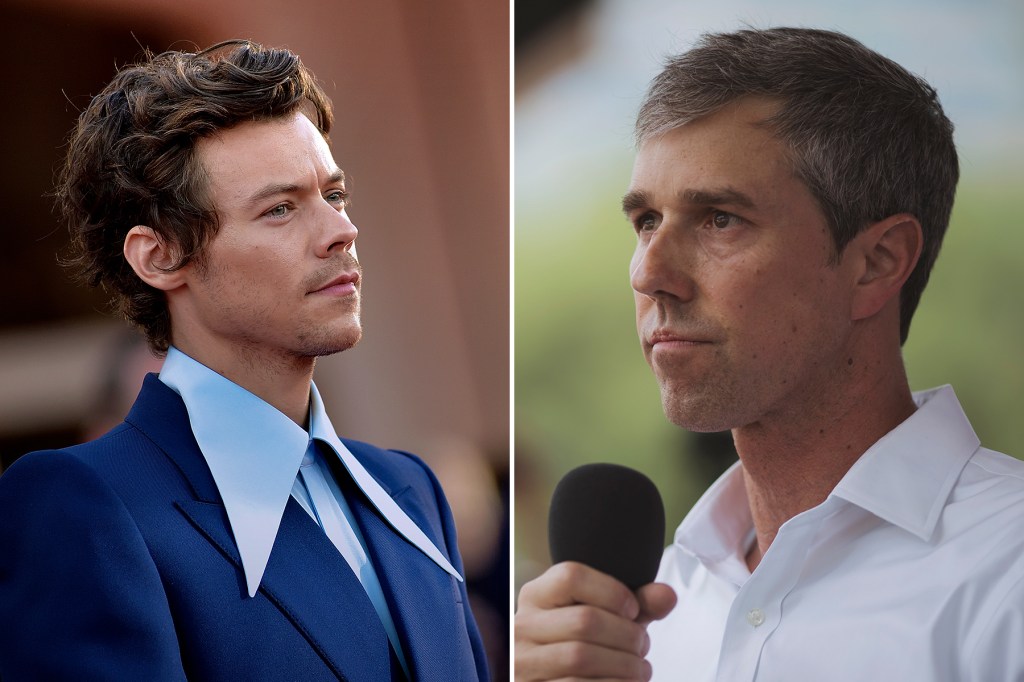 Beto O’Rourke is a Harrie. And Harry Styles stans Beto! Among the fans in the pit to watch Styles’ show in Austin Sunday night was O’Rourke, who’s running for governor of Texas. After hosting a rally in South Austin with Willie Nelson earlier in the day, O’Rourke made his way to the Moody Center to watch the former One Direction star perform — where Styles shared his endorsement.

After learning that the Democrat was in the crowd, Styles placed a “Beto for Texas” sticker on his guitar and pointed to it. “Harry for Beto!” wrote his official campaign account, sharing a photo of O’Rourke in the crowd.

The crowd erupted as Styles showed off the sticker and pointed to it on his guitar. O’Rourke could be seen clapping and waving his hand at the musician. (O’Rourke did not immediately respond to Rolling Stone‘s request for comment.)

Beto acknowledged the shoutout and posed with Styles post-show:

According to KVUE, Republican incumbent Greg Abbott leads O’Rourke by seven points among likely voters. Styles’ endorsement of O’Rourke comes about a week before the deadline to register to vote in the state of Texas on Oct. 11.

Styles has used his shows in Austin to encourage voter registration and also speak out against Texas’ abortion restrictions. He also partnered with HeadCount recently for a voter registration initiative, specifically with his Halloween show in Los Angeles next month.

“In 2020, 78% of the people that HeadCount registered turned out to vote, so we know these artist partnerships are effective,” HeadCount’s co-founder and executive director Andy Bernstein told Billboard. “Having the support of individuals like Harry Styles has a tremendous impact.”

Styles endorsed President Joe Biden in 2020, writing “If I could vote in America, I’d vote with kindness.”