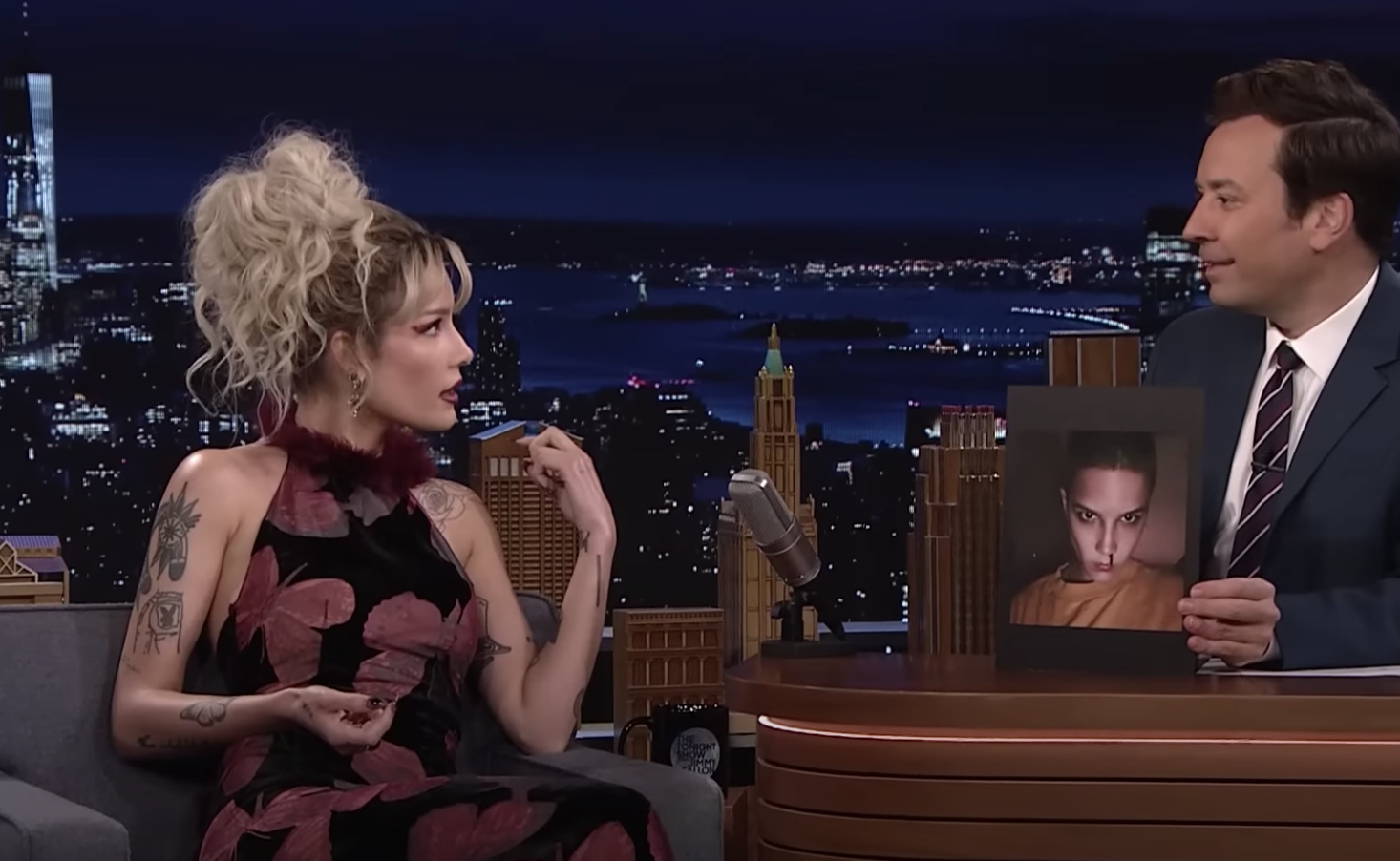 Halsey has some thoughts about who would play them in the movie version of their life, which the singer shared with host Jimmy Fallon on The Tonight Show.

“I know the answer,” Halsey confirmed to Fallon when he asked who they’d cast as themself in a feature film. The singer joked that the best casting would be Fallon himself as the late-night host shared a photograph of Halsey dressed as Eleven, the Stranger Things character played by Millie Bobby Brown.

“I mean, yeah, Millie would be great,” Halsey affirmed. “But I don’t really think I’m famous enough to cast Millie.” They added, “It’s kind of uncanny how much we look alike. It’s like, ‘Oh no, we actually just look like sisters.’”

Halsey spoke to Fallon about returning to the road for the current Love and Power Tour, which is running through July, and took on the “Best Friends Challenge,” where they and Fallon had to guess information about each other.

Halsey recently appeared at the Governors Ball Festival in Queens, New York, where they performed a cover of Kate Bush’s resurgent “Running Up That Hill.” The 1985 single is currently enjoying a renewed run atop singles charts worldwide thanks to its placement on the latest season of Stranger Things.

“Truly wish I wrote this song more than anything in the world,” Halsey tweeted of “Running Up That Hill” after the performance. “I’m soooo happy it’s having this resurgence. I knew immediately I wanted to do this.”