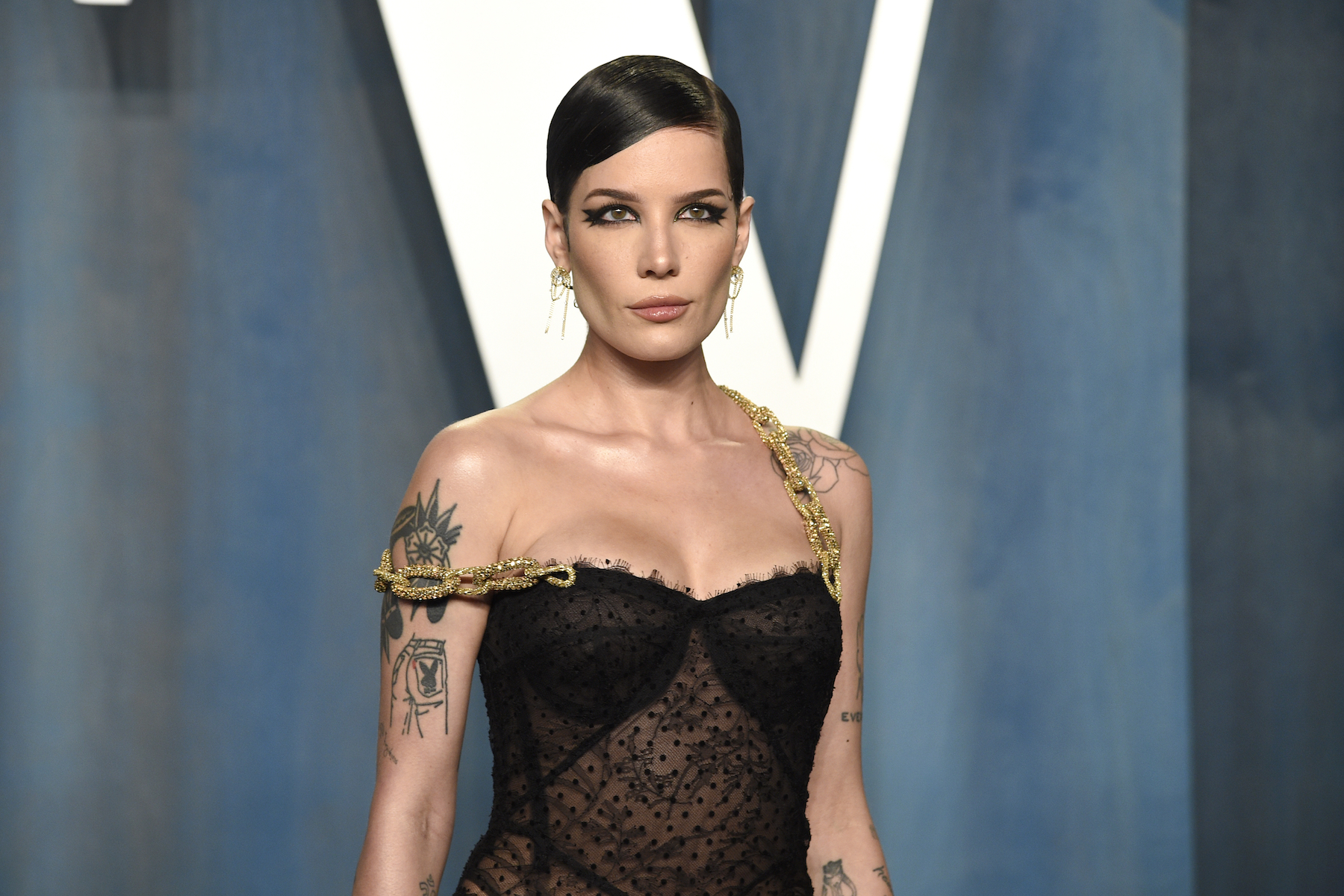 Last week, Halsey shared a TikTok from backstage at her tour rehearsals, suggesting she might start teasing new music. The untitled snippet the singer head-banged to in the video was almost inaudible but featured the atmospheric rock-tinge that colored their latest album, If I Can’t Have Love, I Want Power. The track resurfaced with crystal clear audio over the weekend — but it wasn’t quite the tease fans might have expected. Halsey claimed in a TikTok video that while the song, and its accompanying music video, are complete, her label won’t greenlight a release “unless they can fake a viral moment on tiktok.”

“Basically I have a song that I love that I wanna release ASAP,” she wrote over a video of herself listening to the track. “But my record label won’t let me.”

“My record company is saying that I can’t release it unless they can fake a viral moment on tiktok,” she continued. “Everything is marketing. I just want to release music, man. And I deserve better tbh.”

The TikTok video, which has reached over 7.7 million viewers since being uploaded, has a comment section full of users certain that they’ve cracked the music business code — that the video of Halsey complaining about having to make TikToks for marketing is actually the TikTok they made for marketing. “Bruh, I wish it was,” the singer wrote in response to one comment. “They just said I have to post tiktoks; they didn’t specifically say ‘about what’ so here I am.” In another reply, she revealed that the request was for six posts on the viral video app.

Halsey followed up her initial post with another video showing the behind-the-scenes game plan. According to an unknown voice in the background, the song title, “So Good,” would come first so that the TikTok audio would have an accurate name, optimized for searching on the app. Then, the artwork would be unveiled next. If Halsey agrees with not sharing the release date quite yet, they can get the ball rolling between Monday and Wednesday of this week.

“I just hate it,” Halsey says in response after a minute of quiet acceptance. “It sucks.”

The singer is currently signed to Capitol Records under Universal Music Group. (Neither a rep for the singer nor a label rep replied to Rolling Stone’s request for comment.)

The singer’s fans have asked Halsey to release the music anyway. “I’ve been in this industry for 8 years and I’ve sold over 165 million records,” she wrote in her initial video. Still, the label owns the master, barring them from doing anything release-wise without their explicit approval.

“Talked to my label tonight after my tiktok tantrum,” Halsey wrote on Twitter. “They said “wow the tiktok is going really strong!” I was like ok cool so can I release my song now? They said ‘we’ll see!’ tell me again how I’m making this up.”

She adds: “I’ve been minding my own business on tour taking care of my baby. Four albums deep. Coasting. I’m way too established to stir something like this up for no reason or resort to this as a marketing tactic but now I’m in too deep so there’s no going back.”

Halsey is the latest in a growing collection of artists who have increased their transparency about the heightened role of virality in dictating music releases. FKA Twigs recently revealed in a since-deleted post that she had been “told off today for not making enough effort” on the video-sharing app. Promoting her latest album CRASH, Charli XCX joked about her label, asking her to post her eighth TikTok of the week. Even Florence Welch captioned a video “the label are begging me for ‘lo fi tik toks’ so here you go. pls send help.”