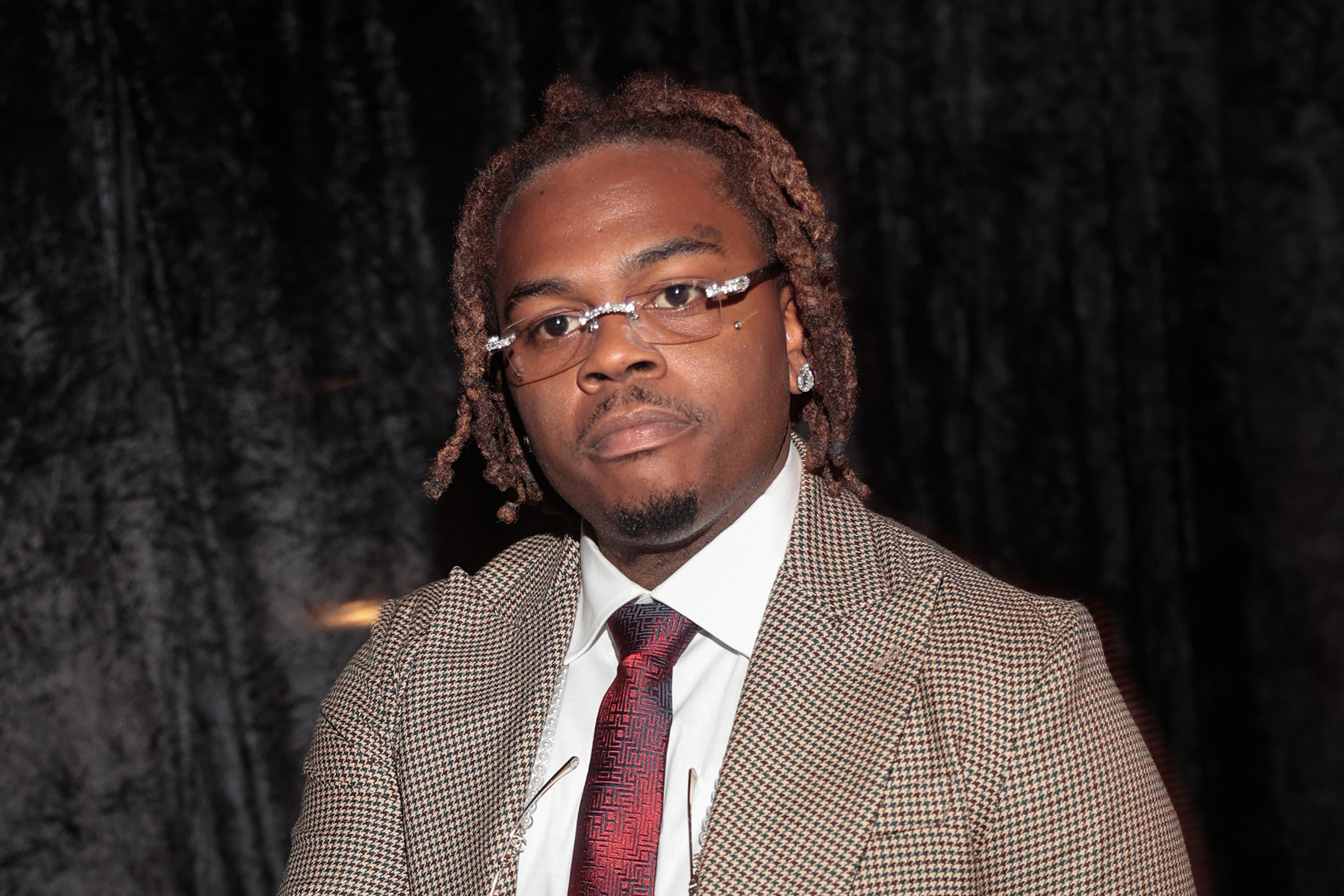 Gunna’s legal team is blasting his RICO indictment as “intensely problematic” and fighting to get the rapper sprung from custody after he was booked into a Georgia jail in the sprawling criminal conspiracy case that also landed fellow Atlanta rapper Young Thug behind bars this week.

In their new motion seeking Gunna’s release on bond, the lawyers say the “Drip Too Hard” hitmaker is a Grammy-nominated artist with “no significant criminal history” who shouldn’t be in a position where song lyrics are used to keep him locked up.

“It is intensely problematic that the state relies on song lyrics as part of its allegations. These lyrics are an artist’s creative expression and not a literal recounting of facts and circumstances. Under the state’s theory, any artist with a song referencing violence could find herself the victim of a RICO indictment,” the motion reads.

The grand jury indictment that led Gunna to turn himself in Wednesday, May 11, cites his collaborations with Young Thug, real name Jeffery Williams, in videos released on social media over the last two years. It cites the lyrics, “for slimes you know I kill” and “pay for that casket, that’s just if we whack em” from the song “Take It To Trial” and references to a gang and a firearm in “Ski.”

“The music videos referenced are not part of a RICO conspiracy but are entertainment, entertainment that has achieved great success nationally and internationally,” his lawyers argue.

They also stress that Gunna, whose legal name is Sergio Kitchens, is only named in Count 1 of the 56-count indictment involving 28 defendants.

“The few ‘overt acts’ in the indictment that mention Mr. Kitchens mostly describe non-criminal conduct such as quoting song lyrics. In fact, a large portion of the quoted lyrics were not written or performed by Mr. Kitchens,” they argue.

According to the lawyers, the indictment presents their client’s history in “a misleading manner.”

With regard to Count 1, they say the allegation that Kitchens was in a car with a stolen firearm, methamphetamine, oxycodone and marijuana on Sept. 24, 2017 stems from a separate case where the district attorney of Dekalb County “dismissed all charges against Mr. Kitchens.” They said their client “ultimately entered a guilty plea to a window tint violation.”

They added that Kitchens, 28, is a life-long Georgia resident who “regularly donates his own funds and his time to numerous philanthropic organizations.”

No bond hearings for Gunna had been set as of early Thursday.

Fulton County prosecutors claim Kitchens, Williams, and the other defendants are members or associates of the alleged “criminal street gang” called Young Slime Life (YSL), a purported offshoot of the national Bloods gang. They say the various defendants in the case took part in a pattern of racketeering activity that ranged from armed robbery and aggravated assault with a deadly weapon to murder.

The use of rap lyrics in criminal prosecutions isn’t new, and Fulton County District Attorney Fani Willis was ready with a response when asked about the controversial practice at a press conference this week.

“This issue’s been ruled on by the courts. I knew that that question was coming. I believe in the First Amendment. It’s one of our most precious rights. However, the First Amendment does not protect people from prosecutors using it as evidence if it is such. In this case, we put it as overt and predicate acts within the RICO count, because we believe that’s exactly what it is,” she said.

Late Los Angeles rapper Drakeo The Ruler was at the center of one of the most high-profile and egregious cases where rap lyrics were used to paint a defendant as culpable. Born Darrell Caldwell, Drakeo was charged and ultimately acquitted in the 2016 murder of a 24-year-old man outside a party in Carson, California, but he still spent nearly three years in prison as the strange case unfolded.

Prosecutors introduced lyrics from Caldwell’s 2016 song, “Flex Freestyle,” to try to convince jurors he brought armed associates to an adult pajama party to target someone who wasn’t even at the venue where the fatal shooting occurred.

“I didn’t even think they could do that,” Caldwell told Rolling Stone in Nov. 2021, just weeks before his shocking murder at a Los Angeles music festival. “I heard about them doing it before, but it was just the way they were doing it. How they were using it against me. It didn’t make no sense. It was just crazy.”