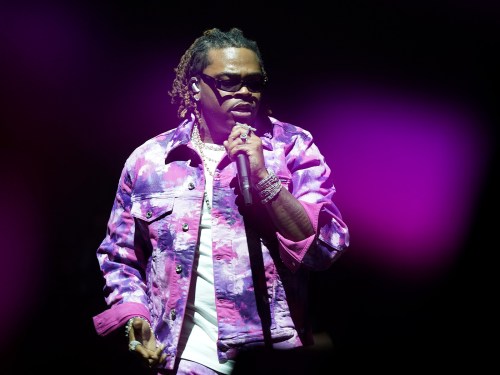 A judge denied Gunna’s release on bond from a Fulton County jail Thursday, after his attorneys filed a third bond motion for the Atlanta artist (born Sergio Kitchens) last month, according to multiple outlets.

Kitchens’ lawyers originally claimed that “the ‘ongoing investigation’ has failed to verify a single instance in which one single person has actually made an accusation that Kitchens has threatened anybody (directly or indirectly).”

The rapper’s lawyers contended that “the DA has pruned the indictment in the superseding indictment to remove virtually any reference to Kitchens’ involvement in any violence-related offense.”

A lawyer for Gunna did not immediately respond to Rolling Stone‘s request for comment.

The late September filing also stated that Kitchens “has been dropped from overt act 75” of the YSL indictment, which refers to a May 2018 traffic stop in which he and Young Thug (given name Jeffery Williams) were stopped for speeding. Police also stopped the vehicle behind the two, which contained four of their alleged associates armed with numerous weapons, including an AK-47.

Kitchens was arrested in May and charged with a single count of conspiracy to violate the Racketeer Influenced and Corrupt Organizations, or RICO Act. Prosecutors allege that Young Thug’s Young Stoner Life record label is also a gang called Young Slime Life, which Thug and Gunna have been leading.

But the indictment has drawn widespread criticism from criminal justice reform advocates due to the use of YSL artists’ lyrics as evidence.