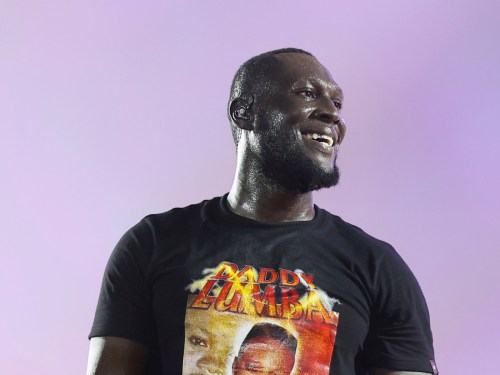 Album will follow the U.K. artist’s acclaimed 2019 LP, Heavy Is the Head

Grime star Stormzy has announced his eagerly-anticipated third album, This Is What I Mean, which is set to arrive Nov. 25 via 0207 Def Jam/Interscope.

The MC announced the 12-track album on social media, sharing what appears to be the album art and a full track list (no features — if there are any — were revealed). Per a statement (via Pitchfork), Stormzy recorded This Is What I Mean on Osea Island, a tiny island in an estuary north-east of London that’s only accessible by car a few hours a day due to changing tides.

Of recording the album, Stormzy said, “When you hear about music camps, they always sound intense and somber. People saying, ‘We need to make an album.’ ‘We need to make some hit records.’ But this felt beautifully free. We’re all musicians, but we weren’t always doing music. Some days we played football or walked around taking pictures. And the byproduct to that was very beautiful music. Because when you marry that ethos with world-class musicians and the best producers, writers, and artists in the world, and we’re in one space, that’s a recipe for something that no one can really imagine. You can’t even calculate what that’s going to come up with. And it came up with a big chunk of this album.”

Stormzy hasn’t shared any music from This Is What I Mean yet, but the album announcement arrives on the heels of his big comeback track, “Mel Made Me Do It.” The song itself clocked in at just over seven minutes, while the even longer music video featured cameos from Usain Bolt, documentarian (and unexpected TikTok star) Louis Theroux, and soccer manager, José Mourinho.

This Is What I Mean will follow Stormzy’s 2019 sophomore album, Heavy Is the Head.