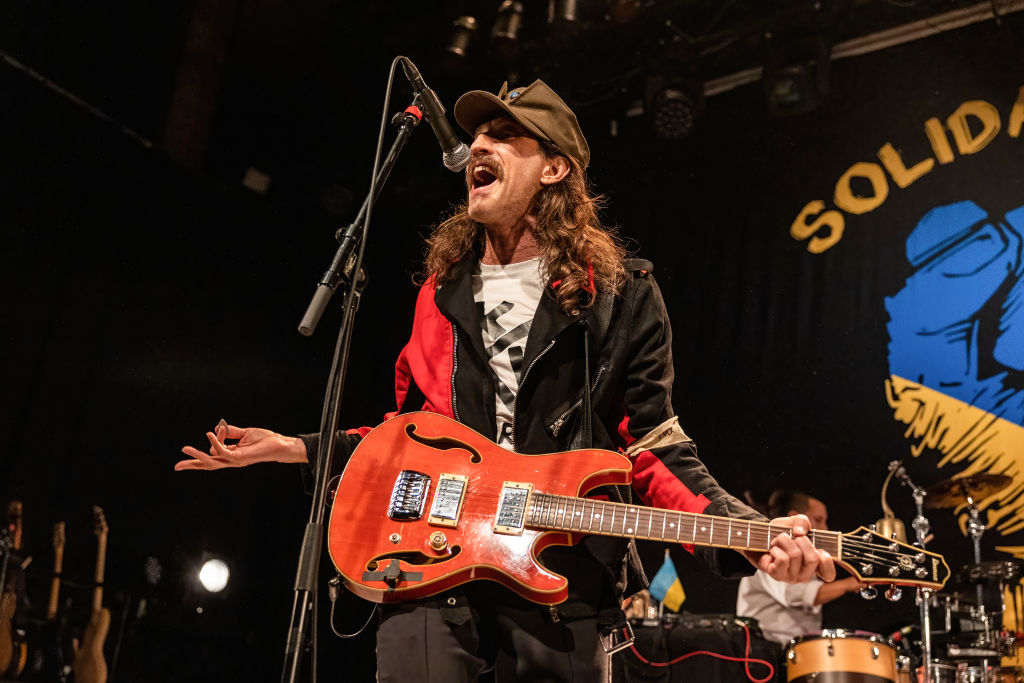 Vice reports that the unannounced concert took place at an undisclosed location near the frontlines of the Russian invasion. About 50 soldiers witnessed the gig, including an outfit of elite special forces troops wearing green berets.

“I really wanted to do this because it’s incredibly uplifting for fighters to see that Ukrainians around the world are one,” Hütz told Vice of the show. “People in Ukraine hear a lot about world’s solidarity, but to see someone physically coming to them is when they actually believe it. Effort like that changes things tangibly.”

Since the onset of the Russian invasion, Hütz and Gogol Bordello have staged a series of benefit concerts and released singles to raise money for non-profits like the U.S.-Ukraine Foundation and Care.org’s Ukrainian Crisis Response.

The band’s upcoming studio album — Solidaritine, out Sept. 16 — was also tempered by the war currently taking place in Hütz’s homeland.

On Wednesday — a day that marks Ukrainian Independence Day — Gogol Bordello also released the Ukrainian-language version of their recent single “Take Only What You Can Carry,” a track featuring lyrics by the poet Serhiy Zhadan.

“‘Take Only What You Can Carry’ encapsulates the emotional message of uprooted people whose lives were destroyed by this fucked up war in Ukraine,” the band said in a statement. “The idea was to bring 3 very different Ukrainian artists together responding to the situation ASAP. Oleksandra Zaritska of Ukrainian synth pop group Kazka band brings cathartic justice to lyrics of Serhiy Zhadan, a punk rocker and Nobel Prize nominated writer and poet from hard-fighting city of Kharkiv.”

Solidaritine also features the single “Teroborona,” a term for the Civil Defense Units formed by civilians in Ukraine. “Many of my artist and musician friends had to pick up arms and join Teroborona,” Hütz previously said in a statement. “This is a dedication to their courage and to the courage of all defenders.”