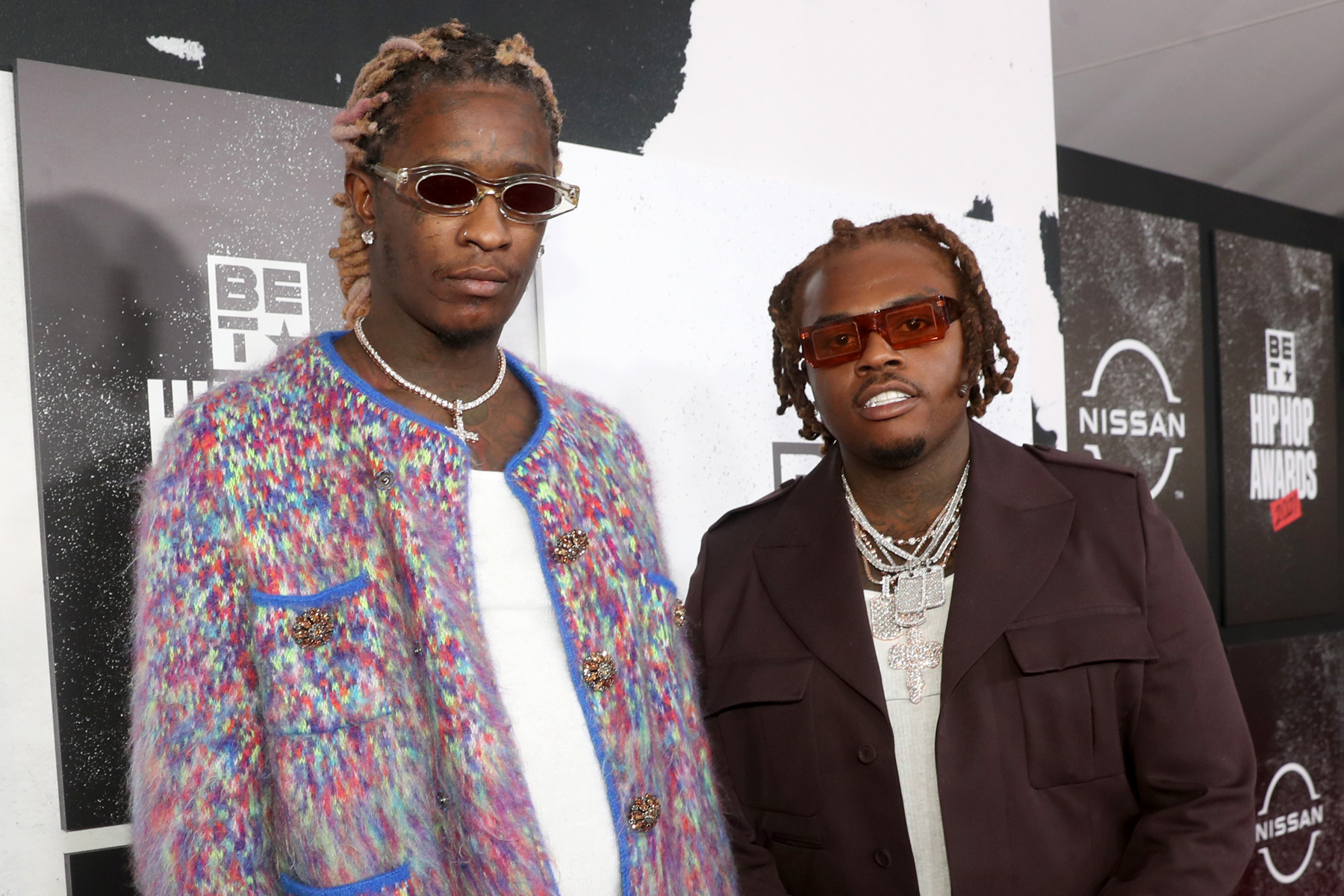 As Young Thug and Gunna’s rap lyrics have been cited as evidence as part of their ongoing criminal case, Atlanta’s top legal representative said she has no plans to stop citing lyrics in criminal indictments any time soon.

Fulton County District Attorney Fanni Willis told reporters during a press conference Monday, Aug. 29, that while the practice of citing lyrics in criminal cases has garnered criticism — and some legislative pushback — she will continue to use them as evidence.

“I think if you decide to admit your crimes over a beat, I’m going to use it,” Willis said. “I’m not targeting anyone. You do not get to commit crimes in my county, and then get to decide to brag on it, which you do that for a form of intimidation and to further the gain and to not be held responsible.”

Her statements come months after Young Thug and Gunna — real names Jeffrey Lamar Williams and Sergio Kitchens, respectively — were arrested for allegedly violating the RICO Act alongside 26 other defendants. Williams’ lyrics were cited heavily in his indictment. Willis’ comments came during a press conference was for a separate criminal case that doesn’t involve Williams or Kitchens, but does use lyrics as evidence.

“I’m going to continue to do that, people can continue to be angry about that,” Willis said. “I have some legal advice: Don’t confess to crimes on rap lyrics if you don’t want them used, or at least get out of my county.”

This isn’t the first time Willis has defended the practice. When authorities first arrested Williams, she told reporters that the first amendment didn’t “protect prosecutors using [lyrics] as evidence if it is such.”

While Willis intends to keep using lyrics in criminal cases, legislators both in her home state of Georgia and across the U.S. are looking to curtail such a strategy.

“Our judicial system disparately criminalizes Black and brown lives, including Black and brown creativity,” Rep. Bowman said in a statement in July. “We cannot imprison our talented artists for expressing their experiences nor will we let their creativity be suppressed.”

As Rep. Johnson added: “Freedom of speech is the constitutional foundation the framers thought necessary to enable a new and free society to craft not only its own destiny through commerce and innovations, but through culture, expression, and art.”