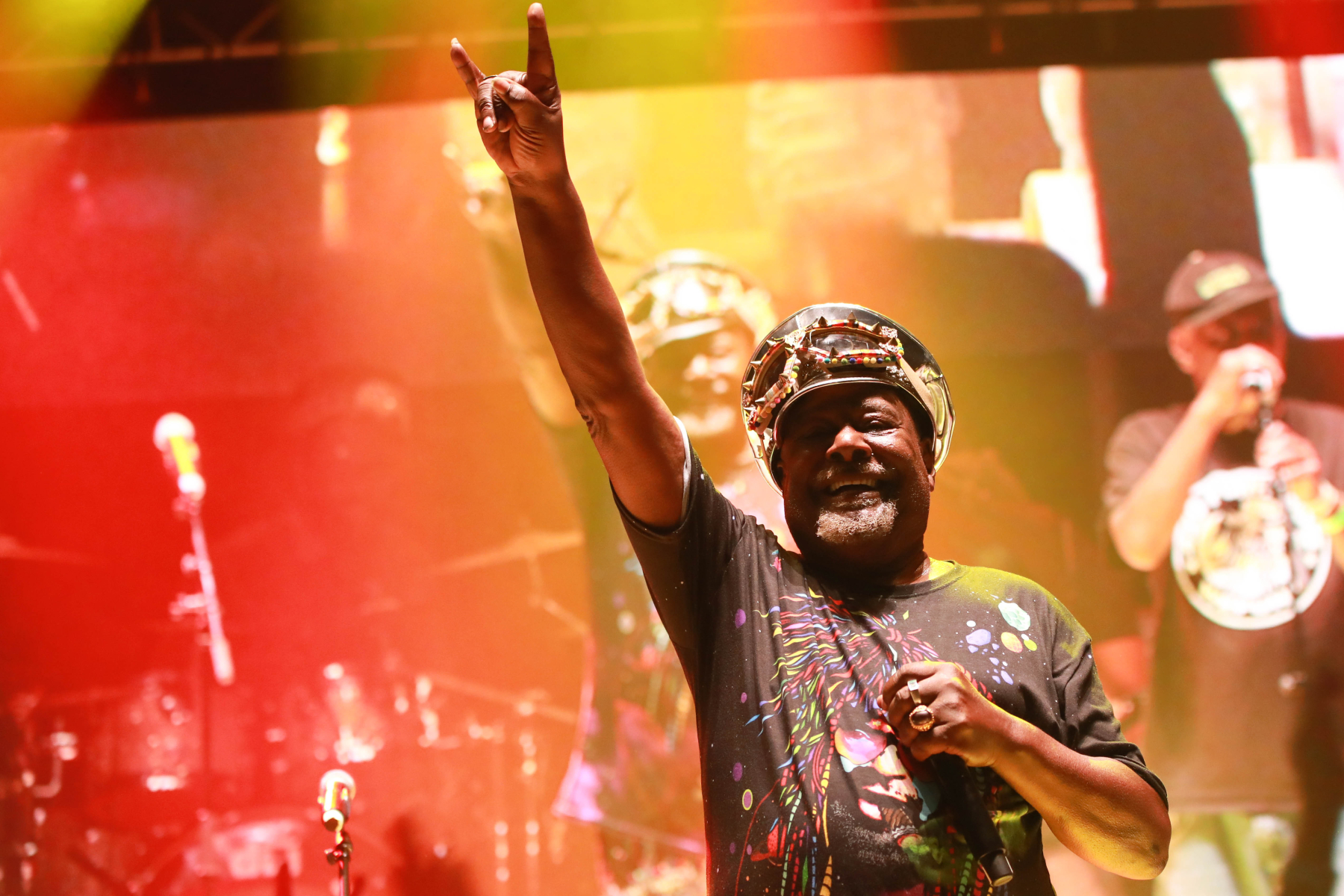 Ahead of a special belated 80th-birthday show, George Clinton gave a gift of his own to his old school in Newark, New Jersey, — a ton of musical equipment. In turn, Avon Elementary officially renamed its music room in honor of the funk legend.

The event took place Thursday, March 17, with Clinton receiving a warm welcome full of confetti and rousing cheers from students and teachers. During the George Clinton Music Room naming ceremony, Clinton performed a bit as well, unleashing — what else? — Parliament’s 1976 classic, “Give Up the Funk.”

Beautiful to see @george_clinton, the godfather of funk, visit his alma mater, @CityofNewarkNJ’s Avon Avenue, where he created Parliament in the 5th grade!

“Godfather, you are an example that our scholars can change the world starting right here,” said Principal Charity Haygood. pic.twitter.com/EUHXwoLMNA

“You pay attention to the kids, they’ll always deliver,” Clinton said, via ABC 7. “You won’t have to be as old as you think you are. If you just let them have their turn, and it makes you fresh again.”

Avon Elementary’s principal, Charity Haygood, added, “I’ve got 3-year-olds here that are bringing the funk. And so, this party is going to go on forever. This is generations and generations, so I’m incredibly grateful.”

Avon Elementary was just the first stop for Clinton as he made a hero’s tour of his hometown. Per the Asbury Park Press, he also popped over to nearby Plainfield, New Jersey, where five blocks of Plainfield Avenue was renamed “Parliament Funkadelic Way.” The ceremony itself was held right outside a youth center where the Silk Palace barbershop once stood — that’s where Clinton formed his first band, the Parliaments.

Clinton will keep the celebration going Friday, March 18, with a special 80th-birthday concert with Parliament-Funkadelic at the New Jersey Performing Arts Center (the show was supposed to take place last year, when Clinton actually turned 80 in July 2021, but it was delayed due to Covid). The show will feature special guests Questlove, Vernon Reid, and Nona Hendryx.