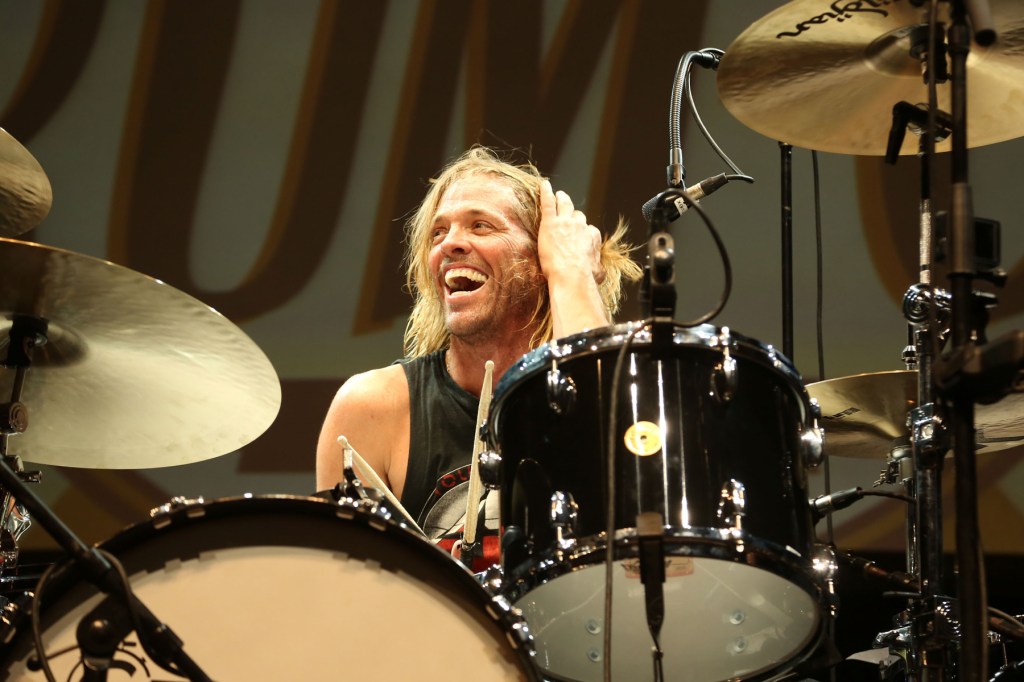 Foo Fighters are in the midst of honoring their late drummer Taylor Hawkins with a tribute concert in Los Angeles at Kia Forum on Tuesday, Sept. 27. The lineup includes a bevy of Hawkins’ musician friends, some of whom performed at their tribute to him in London earlier in the month.

But before the festivities got underway, the band addressed the audience. “This is the hometown shit, so you gotta make it loud,” Foo Fighters’ Dave Grohl said. “What we really wanted to do was to pay tribute to Taylor in a way that you could sort of spend some time in his musical mind, which could be a pretty terrifying place,” Foo Fighters’ frontman Dave Grohl said, with a little laugh. “But just as the show in London, we’ve all gathered here to celebrate this person that has touched our lives, whether from afar or for all of his friends and family and loved ones and musician buddies and heroes that are here tonight.

“If any of you have ever had the blessing to have spent time with Taylor Hawkins, you’ll know that that dude could make you fucking smile and dance and laugh and sing,” he added, his voice cracking with emotion. “So what we’ve done is we brought an even fucking crazier cast of characters for you tonight… by the people that Taylor loved and by the people that loved Taylor.”

He then introduced Joan Jett, who was also emotional as she shared that she had “a lot of really nice memories of Taylor,” she said before she performed her classics, including “Cherry Bomb” and “Bad Reputation” backed by the surviving Foo Fighters and Travis Barker on drums.