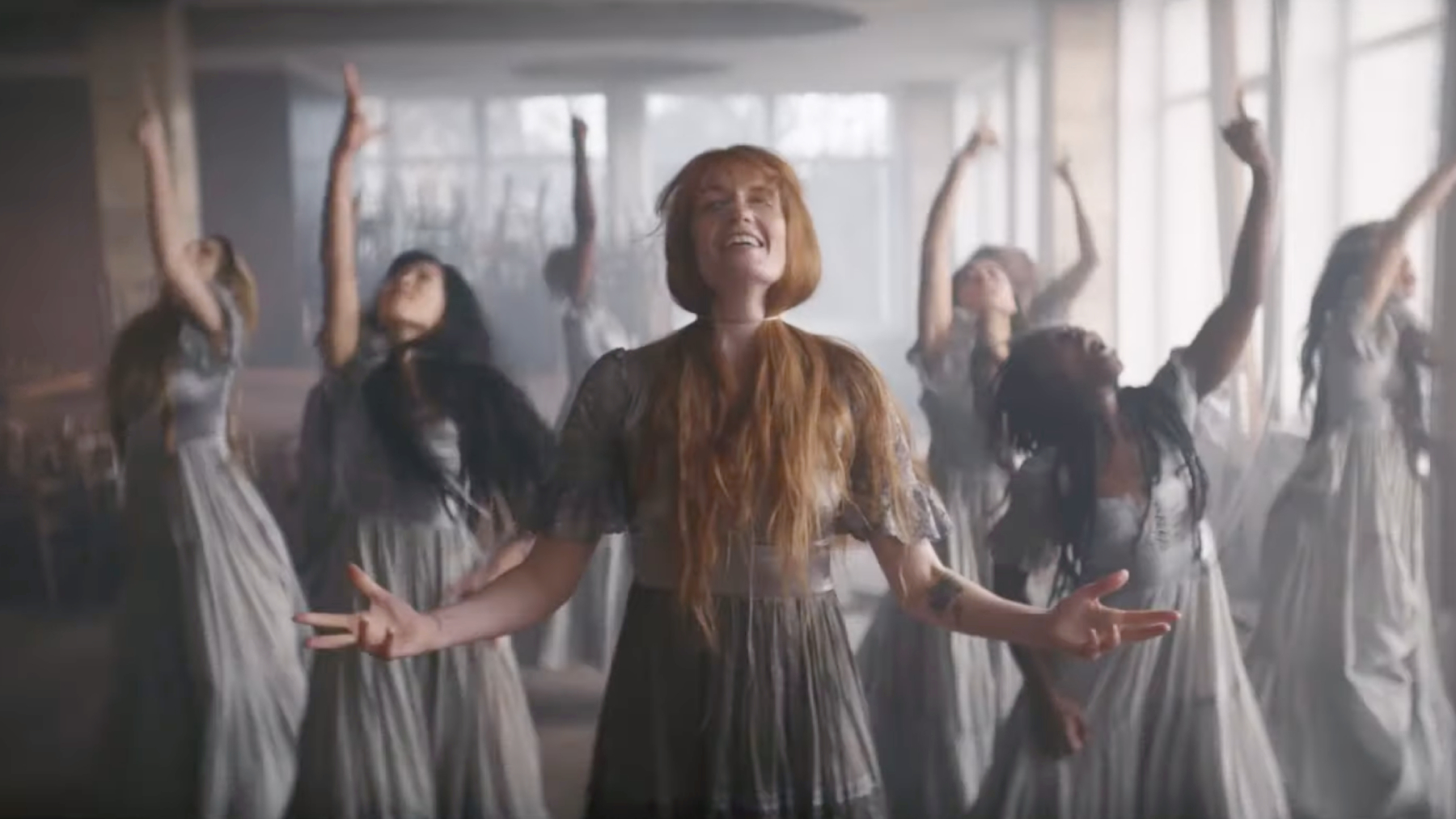 Florence and the Machine deliver a furious knockout blow on their new song, “Heaven Is Here.”

The heavily percussive track rides the momentum of a hand clap current, punctuated by big hits of drums, piano, and acoustic guitar. Florence Welch’s vocals are equally punchy, but also balanced with some big, drawn-out harmonies. There’s a defiant, outlaw energy to the lyrics, especially as Welch sings, “And I ride in my red dress/And time stretchеs endless/With my gun in my hand/You know I always get my man.”

In a statement, Welch said “Heaven Is Here” was the first song she wrote in lockdown after not being able to get into the studio for an extended period of time. “I wanted to make something monstrous,” she said. “And this clamor of joy, fury, and grief was the first thing that came out. With dance studios also shut it was my dream to one day create choreography with it. So it’s one of the first pieces of music I have made specifically with contemporary dance in mind.”

Welch was able to pair the song with dance in the “Heaven Is Here” music video, which was directed by Autumn de Wilde, while Ryan Heffington handled the choreography. In a statement accompanying the video on YouTube, Welch noted that two of the dancers in the video “are currently sheltering” amidst Russia’s ongoing invasion of Ukraine. “[T]o my brave and beautiful sisters Marine and Nastia — I love you,” Welch said. “I wish I could put my arms around you.”

“Heaven Is Here” arrives on the heels of Florence and the Machine’s recent track, “King,” which was released at the end of February. Last year, the group contributed “Call Me Cruella” to the soundtrack for Disney’s Cruella, while before that they were dropping scattered songs such as “Light of Love,” “Moderation,” and “Haunted House.” Florence and the Machine’s most recent LP, High as Hope, was released in 2018.