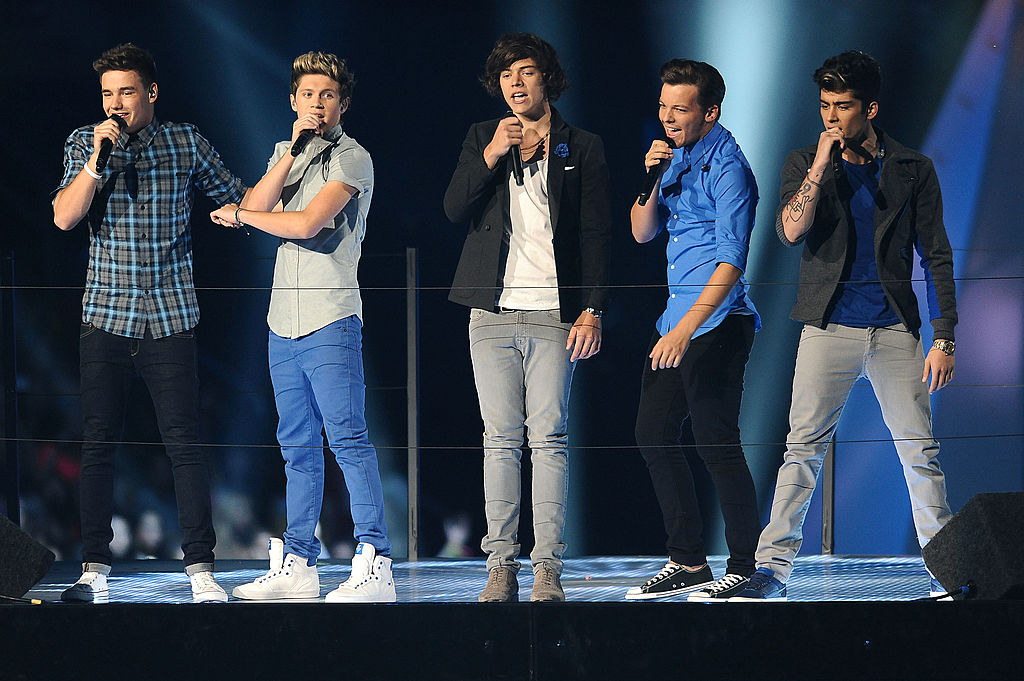 Harry Styles may be one of the leading nominees at this year’s MTV Video Music Awards, but the singer received his first Moonman nod 10 years ago as part of One Direction.

1D made their VMAs debut in 2012, taking the stage to perform their hit single, “One Thing,” in front of a who’s-who of early 2010 celebs (Taylor Lautner! Zoe Saldana promoting Star Trek! Then-BFFs Rihanna and Katy Perry!)

The group — which still included Zayn Malik back then — began their performance with cameras following them to the stage before dramatically ascending to full view of the audience. Though they’ve never subscribed to boyband-style choreography, the guys had more than enough charisma to charm the crowd (see Harry hyping up fans up around the 1:30 mark). Liam is pitch-perfect, delivering the song’s dramatic bridge before Niall, Louis, and the rest of the boys take it home on the chorus, with the group singing their hearts out on top of a floating platform some 20 feet in the air. Cue frenzied applause.

In addition to performing on the VMAs stage, the boys were also the biggest winners on the night, taking home three trophies, for Best New Artist, Best Pop Video, and Best “Share-Worthy” Video, for their debut single, “What Makes You Beautiful” (fun fact: Harry has included that song on almost every setlist of his since he went solo).

1D missed out on a “Video of the Year” nod in 2012 — the Moonman that year went to Rihanna and Calvin Harris for “We Found Love.” But the guys would take home another trophy a year later, winning the 2013 “Song of the Summer” award for “Best Song Ever.”

Though they appeared in person to pick up their award in 2013, the group’s 2012 appearance marked their first — and only — time performing on the VMAs stage. Ten years later, Styles is expected to be on hand at this Sunday’s Video Music Awards, where he is nominated for six trophies, including Artist of the Year and Video of the Year for “As It Was.”

In his recent Rolling Stone cover story, Styles talked about trying to recapture the energy he felt while performing with the group. “After One Direction, I didn’t expect to ever experience anything new,” he says. I kind of felt like, ‘All right, I’ve seen how crazy it can get.’ And I think there was something about it where I was … not terrified, but I just needed a minute. Because I wasn’t sure what it was. Just that the energy felt insane.”

You can catch Styles at the 2022 VMAs this Sunday, which are airing live on MTV. Want to watch the show online? You can livestream the VMAs through Sling TV.

The cheapest way to watch Harry Styles and all the other artists at this year’s VMAs is through fuboTV, which offers a 7-day trial that you can use to watch the 2022 VMAs online for free. Get your free trial here.