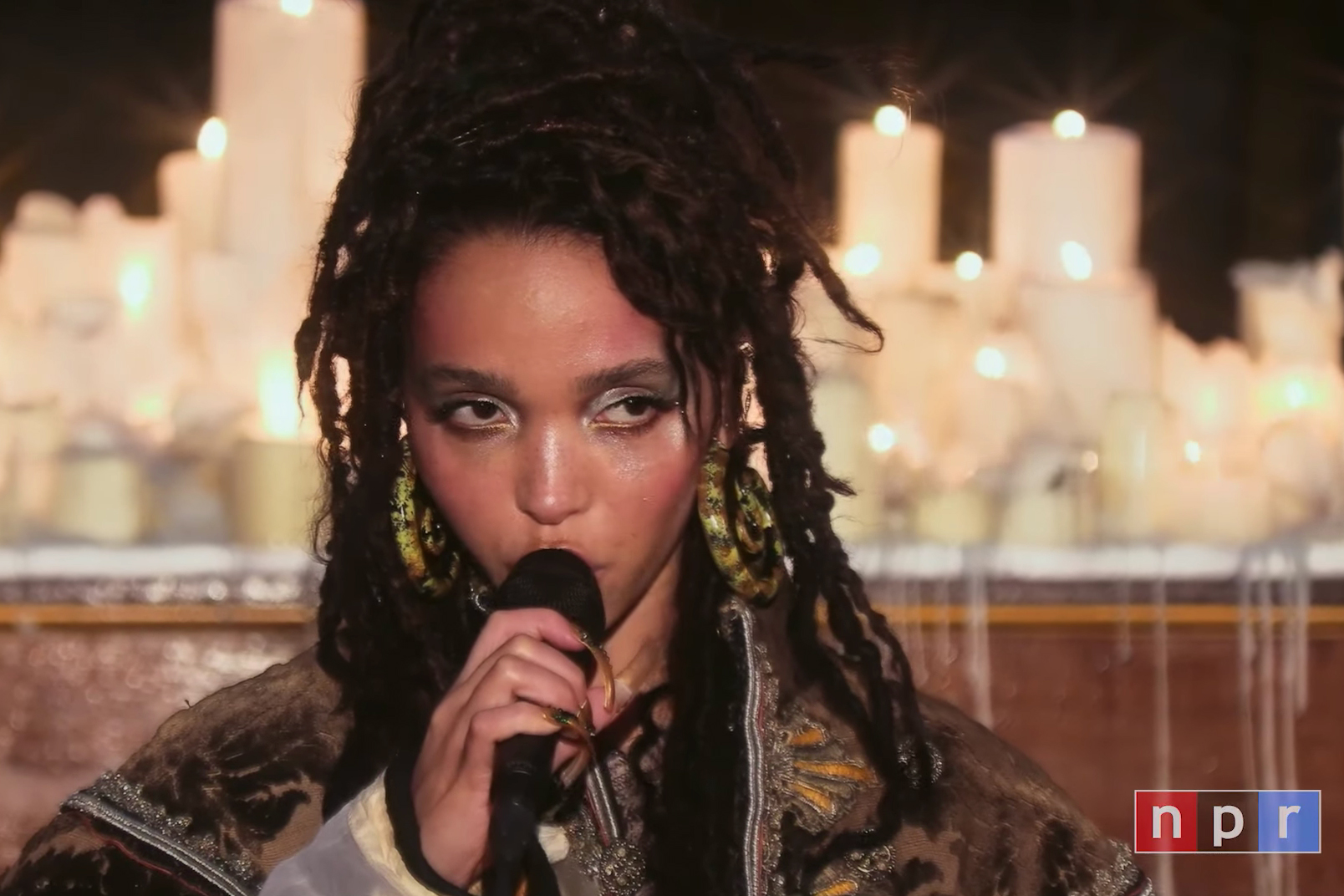 Leave it to FKA Twigs to take NPR’s stripped-back Tiny Desk series and transform it into a gorgeous, spellbinding showcase. The British-Jamaican polymath performed in three songs — including a new track called “Killer,” to be released later in June — in London’s St. Matthias Church, draped in candlelight. The baroque performance also included renditions of “Home With You” and “Cellophane,” from her 2019 album Magdalene.

Twigs showed the scale of her voice, backed by cellist Lucinda Chua, violinist and double bassist Damsel Elysium, and pianist Kelly Moran. In between songs, the dancer shared some of her signature choreography.

Her Tiny Desk concert was part of NPR’s focus on celebrating Black Music Month this June. Other performers taking part in the commemoration are Ravyn Lenae, Monica, Denzel Curry, Adekunle Gold, and more.

Twigs released the mixtape Caprisongs back in January. The carefree album included tracks with the Weeknd, Shygirl, Daniel Caesar, and Jorja Smith, among others. More recently, she teamed up with the Swedish rapper Yung Lean for the kinetic collab “Bliss.”

The new single “Killer” is set to be released on June 16.