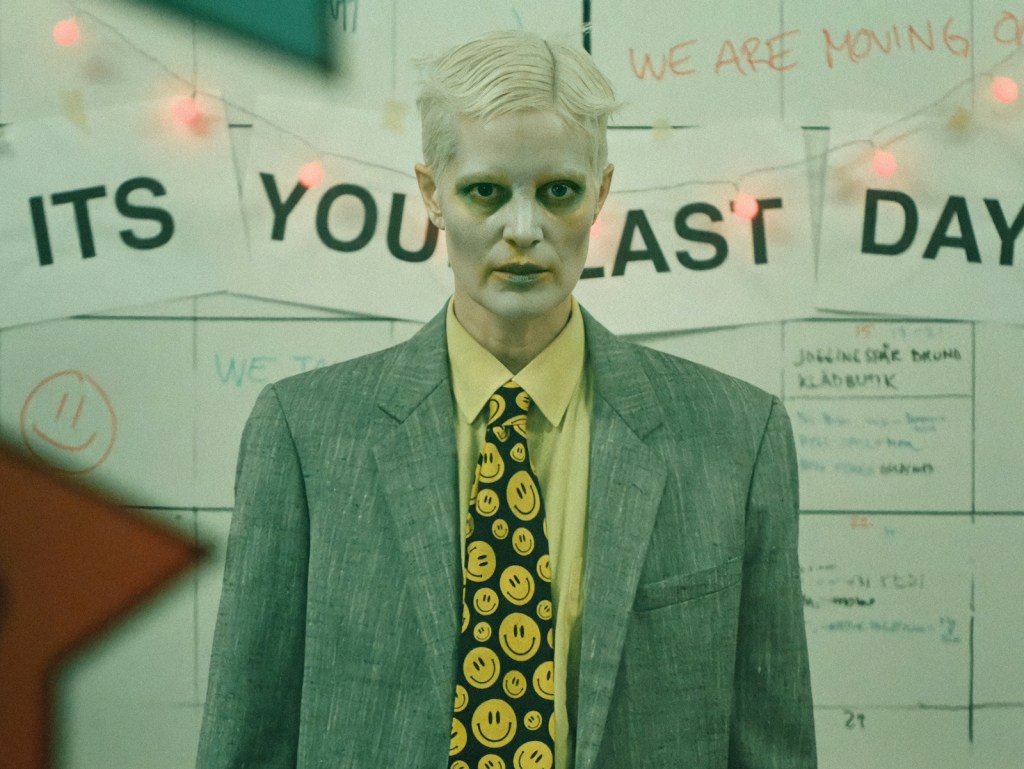 Fever Ray returns with their first new musical release in five years, an eerily watchful track titled “What They Call Us,” written and co-produced with Karin Dreijer’s The Knife counterpart Olof Dreijer.

“First I’d like to say that I’m sorry / I’ve done all the tricks that I can,” Fever Ray reconciles in the opening verse. Later on, the thrumming beat wraps up a series of questions as they wonder: “Can I just hold you for a minute / Some things just ain’t easy to repair / The person who came here was broken / Can you fit it, can you care?”

The single from the singer’s solo project arrives alongside a music video written and directed by Martin Falck, who helmed the creative direction of the artwork for The Knife’s 2013 album Shaking the Habitual.

In the video, Dreijer moves through a strange final day at the office. In one instance, they’re surrounded by loose papers and files retrieved from their glitchy desk computer. In another, they’re illuminated beneath the flashing lights of a rave, moving through the office alongside their coworkers after dark.

Fever Ray’s last album Plunge arrived in 2017 as their last body of original work before the project was revamped on the 2019 records Live at Troxy and Plunge Remix.