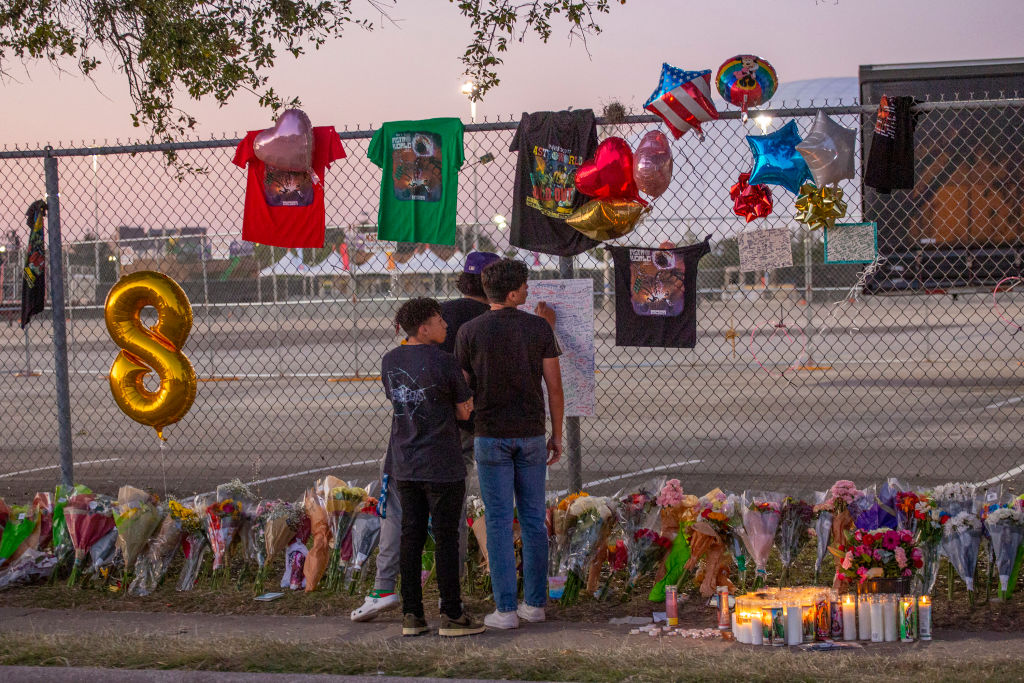 The family of one of the people killed in the Astroworld tragedy has settled their lawsuit against Travis Scott, Live Nation, and others involved in the Nov. 5, 2021, crowd surge that killed 10 people and injured hundreds more at the Houston festival.

Houston lawyer Tony Buzbee, who, on behalf of the family of 21-year-old Axel Acosta — who died of “compression asphyxia” — and hundreds of others hurt at the Astroworld Festival, announced Thursday that Acosta’s family had reached a settlement, the terms of which were “confidential.”

“The Buzbee Law Firm announced today that the claims brought by the family of Axel Acosta against Travis Scott, Live Nation, and others involved in the Astroworld tragedy have settled,” Buzbee said in a statement.

“Victim Axel Acosta was a beloved son, brother, and student. He was kind and loving. He is greatly missed. Please keep his family in your prayers.”

Acosta’s family were the lead plaintiffs on the $750 million lawsuit Buzbee filed in Nov. 2021, two weeks after the Astroworld tragedy, on behalf of 125 people who attended the Scott-headlined festival; at the time, Buzbee also named Apple TV (who livestreamed the show), Drake (who appeared as a guest before the crowd surge), and management company Tri Star Sports & Entertainment among the defendants.

The Houston Chronicle reported, and Rolling Stone confirmed, that the family of Brianna Rodriguez, another person killed at Astroworld, also settled their lawsuit against the parties involved. Houston’s KTRK notes that these are the first settlements between the families of victims and the parties behind Astroworld.

Live Nation did not comment on the settlement, citing confidentiality.

Nearly 300 lawsuits have been filed in Harris County since the Astroworld tragedy, the majority of them naming Scott as well as other groups involved in the festival, like Live Nation, the promoter ScoreMore, the venue NRG Park, and various security companies. Scott and the other defendants have denied the allegations against them.

In Dec. 2021, after a coroners report revealed that all 10 people killed in Astroworld died of compression asphyxia, Buzbee said in a statement on behalf of his clients, “The report confirms what the family already knew, which is that Axel was crushed and killed that night by the crowd, through no fault of his own. It is also important to note that Axel’s blood contained absolutely no intoxicants or other like substances. Now that we have received the official results, I want to say to our police chief: Shame on you. Shame on you for perpetuating and giving credence to a silly rumor that people were being injected at the concert. In doing so, you added more pain to an already unbearably painful situation for Axel’s family. Axel Acosta’s family looks forward now to presenting their case in court, in front of a jury, in the hopes that all those accountable are held legally responsible, and that a preventable tragedy like this never happens again.”