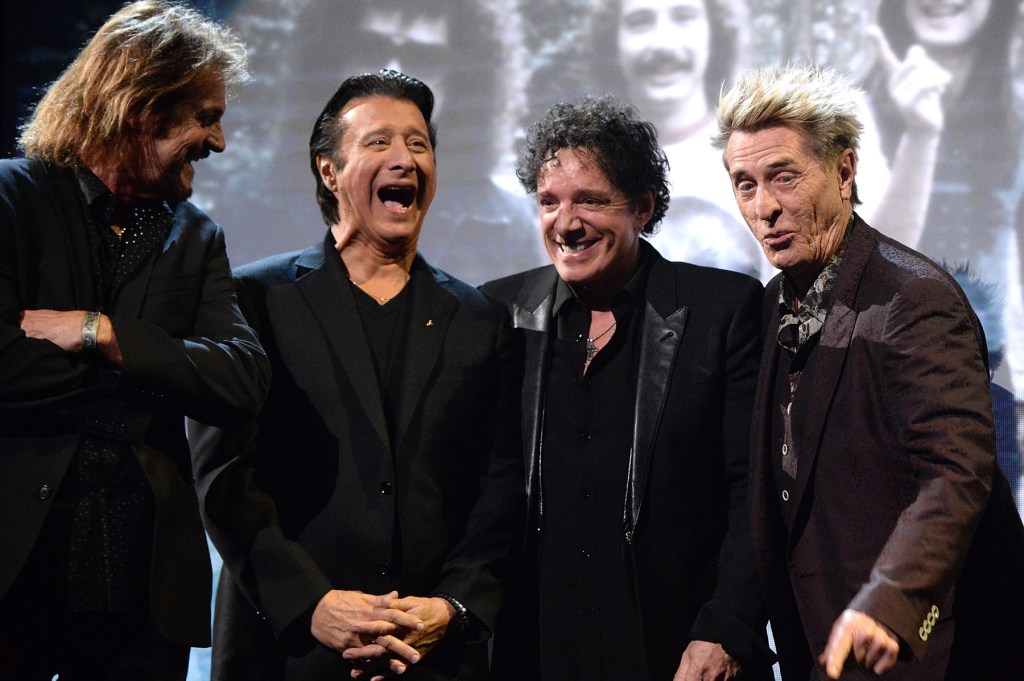 Journey have existed in one form or another for nearly 50 years, with members Neal Schon and Jonathan Cain leading the arena rock group through various iterations over the decades. Though the band is nearly as (in)famous for their squabbles and legal battles as their many, many classic rock radio and karaoke staples.

Good news: Steve Perry, the golden throat heard on “Don’t Stop Believin’,” “Any Way You Want It” and “Wheel in the Sky,” among many others, is ready to reunite with his old band. Bad news: It’s only because he’s filed legal papers against Schon and Cain over the trademarks to 20 of the group’s biggest songs.

As reported by Billboard, Schon and Cain, through their company Freedom JN LLC, own the trademark registrations to many of the band’s hits, which, as Billboard notes, “cover the use of the names on T-shirts, hoodies and other forms of apparel, making it easier for the band to sue someone selling those items.”

Perry claims the trio had an agreement that required unanimous consent for any business decision related to the trademarks and that he had not authorized said consent. He goes on to accuse the duo of “fraud on the trademark office” by what he claims is inaccurate information about the trademark.

According to the petition, via Billboard, “no partner may authorize, approve or disapprove any use or exploitation, or grant or license any rights in or to any group compositions, in whole or in part, (including, without limitation, the titles thereof) in connection with any product or otherwise, without the prior, written, unanimous consent of all of the partners.”

Perry was a member of the group from 1977 to 1987 and returned to the band from 1995 to 1998. Cain joined the group in 1980 alongside founding member Schon, who co-founded the group in 1973. In 2020, Schon and Cain fired members Ross Valory and Steve Smith after accusing them of trying to fund their retirement by wresting control of the band’s name.

The suit alleged that Smith and Valory tried to launch “a coup to assume control of one of the band’s corporate entities” and claimed the duo incorrectly believed that controlling the entity would allow them to gain control of the Journey mark, thus providing them “windfall payments in the millions of dollars… after their retirement.”

Valory filed a counter-claim against the duo, with his lawyer noting to Rolling Stone at the time that “Ross is shocked and devastated by the conduct of his lifelong bandmates (Schon and Cain) and is disappointed that there was never any attempt to sit down and discuss what is most likely a misunderstanding and something that easily could have been worked out.”

The group reached an “amicable settlement” a year later in 2021, though terms were not revealed. Perry released his latest album, the Christmas-themed The Season last year, while the band released Freedom, their fifteenth album, in July.