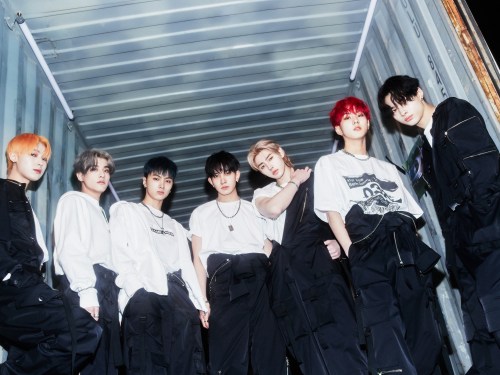 ENHYPEN capped off their U.S. tour Monday, appearing on Rolling Stone on Twitch — while dozens of their fans packed the streets outside our New York office.

The group’s fans, called ENGENE, were buzzing for hours outside the building holding up signs, cutouts of Jungwon’s head, and climbing nearby scaffolding to get footage of the K-pop superstars.

The band talked about the final show of their U.S. tour on Saturday at Radio City Music Hall and noted that U.S. fans “an outstanding level of energy.”

“ENGENE is definitely my biggest motivation, and their support and love is what keeps me going,” said Heeseung, whose birthday happened to fall on the night of the Radio City show.

In just two years since their formation, ENHYPEN’s popularity continues to grow, and the group made it clear that they do not plan on stopping anytime soon. “I just want to be with our fans for a long long time,” said Jay.

To see full-length interviews and to participate in live Q&As, tune-in to Rolling Stone on Twitch Mondays, Wednesdays and Fridays from 4 p.m. – 6 p.m. EDT. Follow us on Twitch to become part of the story in the chat, and subscribe for exclusive members-only bonuses. To continue the chat 24/7, join our Discord server.