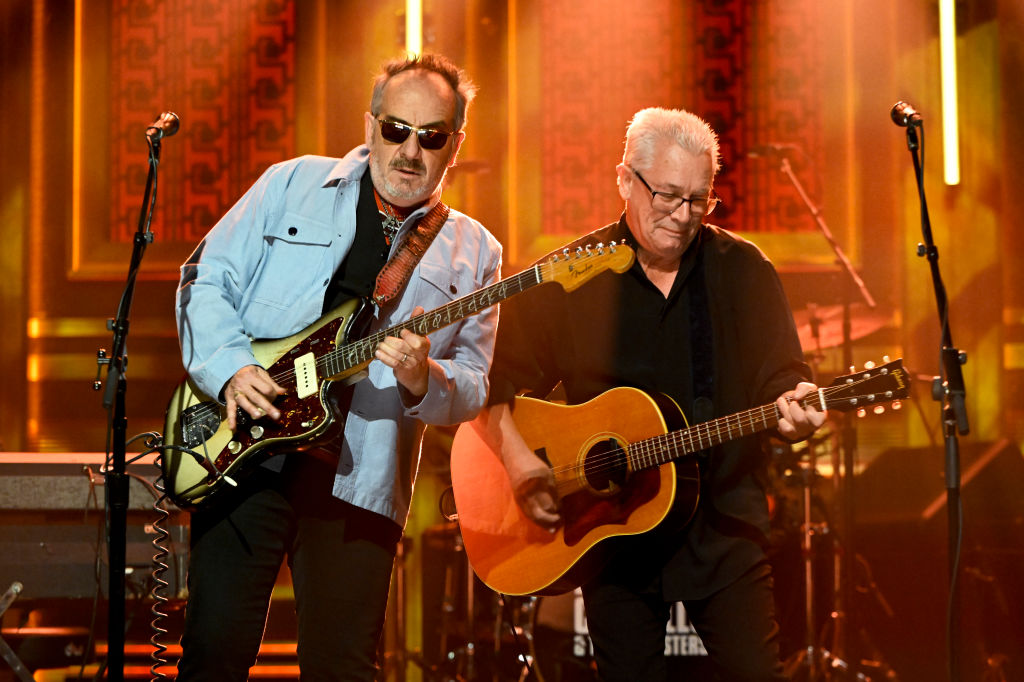 Performing alongside Allan Mayes — who played in Rusty with Costello when the two were teenagers over 50 years ago — Costello delivered a cover of Nick Lowe’s “Surrender to the Rhythm,” off their recent reunion LP Rusty: The Resurrection of Rust.

The rocker also talked about the reemergence of Rusty a half-century later during an interview with Jimmy Fallon; the then-Declan MacManus played in the folk duo starting in 1971 after he moved to Liverpool.

“We played for about a year together,” Costello said. “We’ve been going our different ways since.”

“Allan rang me up and said ‘It’s been 50 years since we started our partnership.’ We would play everywhere in Liverpool, where they would let us, and a few places where they wouldn’t let us,” Costello added, telling Mayes, “Let’s make the record we would have made if they let us when we were 17.”

“I’m gonna print a list of 10 songs a night that’s gonna give you the clue of what that night’s gonna be like, and the other 10 songs I’m gonna play are a secret,” Costello said. “So you’ll never hear the same song twice, it’s gonna be 200 songs over 10 nights.”