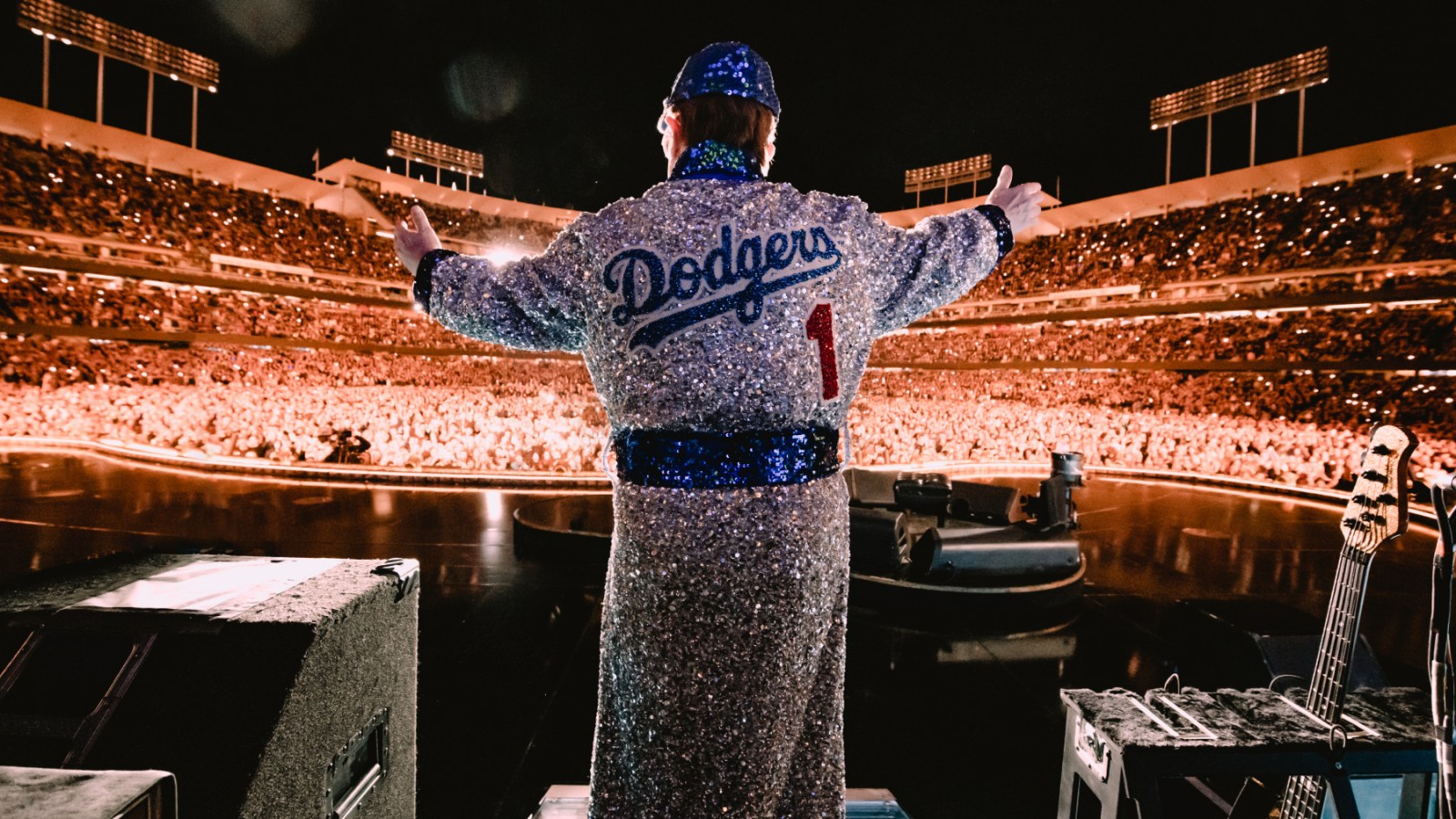 The show at Dodger Stadium brought the final North American leg of John’s grand “Farewell Yellow Brick Road” tour to a close. It was a fitting place to wrap the trek, as the venue looms large in John’s lore thanks to a pair of sold-out shows he performed there at the peak of his powers in 1975.

For his big farewell, John took the stage in a sparkling Dodger robe that recalled the glittering baseball uniform he wore in 1975 and delivered a whopping 24-song, career-spanning set. To kick off his encore, John welcomed Dua Lipa so the pair could perform their collaboration, “Cold Heart,” which incorporates elements of four John songs, “Rocket Man,” “Sacrifice,” “Kiss the Bride,” and “Where’s the Shoorah?”

Along with Dua Lipa, John also brought out singer Kiki Dee so the pair could perform their smash 1976 duet, “Don’t Go Breaking My Heart.” And Brandi Carlile also took the stage for a rendition of “Don’t Let the Sun Go Down On Me.” A snippet of John’s big closing number, “Saturday Night’s Alright for Fighting,” is also available to watch.

With the North American leg of his “Farewell Yellow Brick Road” tour wrapped, John will now set his sights on 2023, during which he’ll perform his final shows in Australia, New Zealand, Europe, and the U.K. As it stands, his current final show is scheduled to take place on July 8 in Stockholm, Sweden.

A new documentary on John is also in the works, Goodbye Yellow Brick Road: The Final Elton John Performances and the Years That Made His Legend. Co-directed by R.J. Cutler and David Furnish (also John’s husband), the movie will center around the ongoing farewell tour while also looking back at 1970 to 1975, during which John released 10 albums and scored some of his biggest hits.