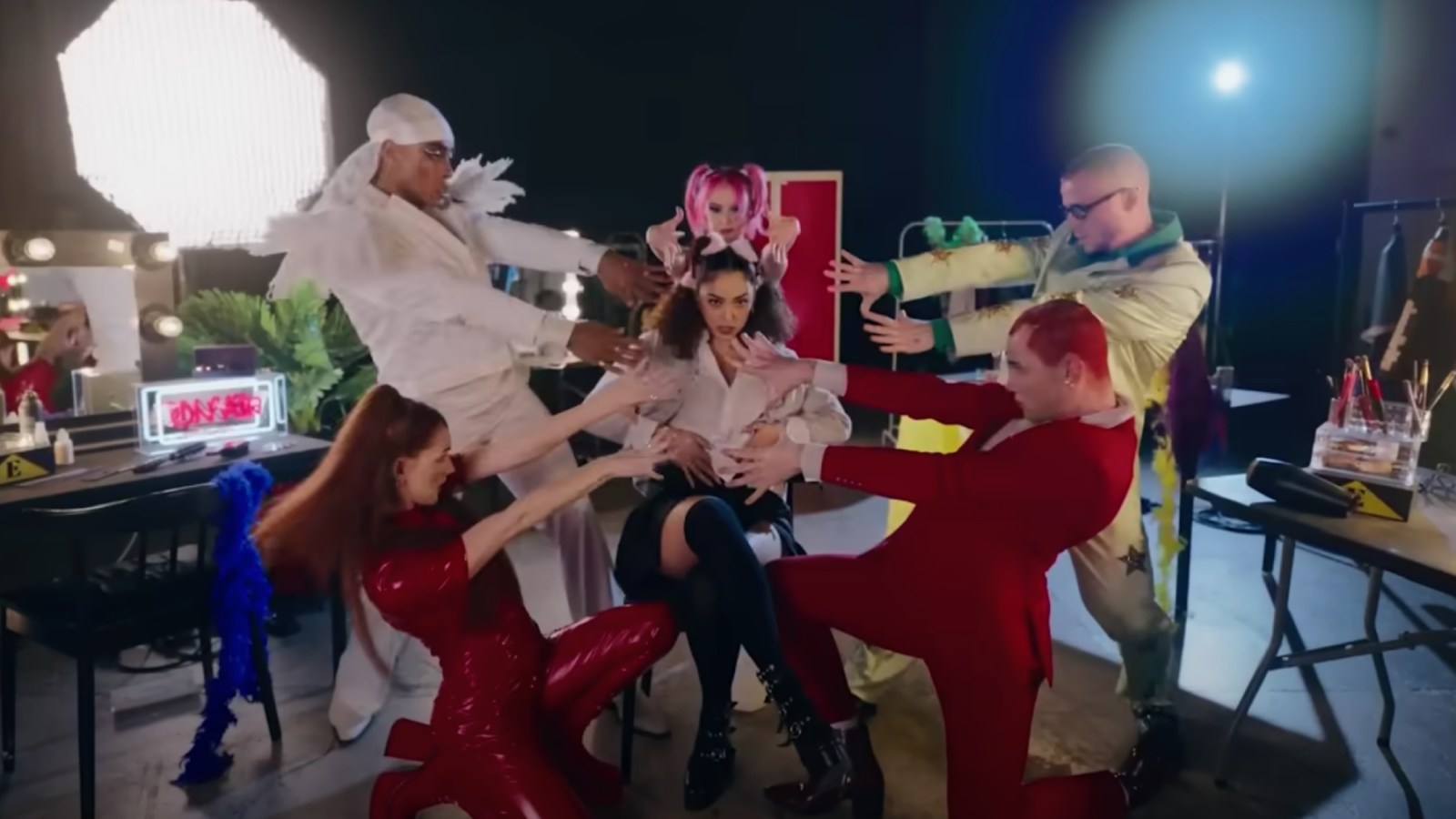 Singers do not appear in visual for the Joel Corry remix, but their iconic costumes do

Elton John and Britney Spears have dropped their official video for the Joel Corry remix of “Hold Me Closer.” Though neither singer appears in the new visual, their style is on display throughout the new visual. The pair was also absent from the original “Hold Me Closer” video.

The Rebekah Creative-directed and Great Films-produced remix visual does feature Corry who DJs the track while dancers pay homage to John and Spears as they wear the iconic costumes that recall different eras from the singers. The choreography also pays tribute to John and Spears’ various videos they’ve released through the decades.

Corry’s euphoric remix of the track arrived earlier this month and is the first official remix of the song. John and Spears’ original version — a dance-driven reimagining of John’s classic “Tiny Dancer” with tips to other gems including “The One” — dropped in late August. The collaboration marks Spears’ first new music in six years and followed her being released from her 14-year conservatorship.

On Friday, Corry dropped the video for his latest single “Lionheart (Fearless)” with Tom Grennan. Last year, Corry teamed with Jax Jones for “Out, Out” featuring Charli XCX and Saweetie, and crafted a remix of Nina Simone’s “Feeling Good.”