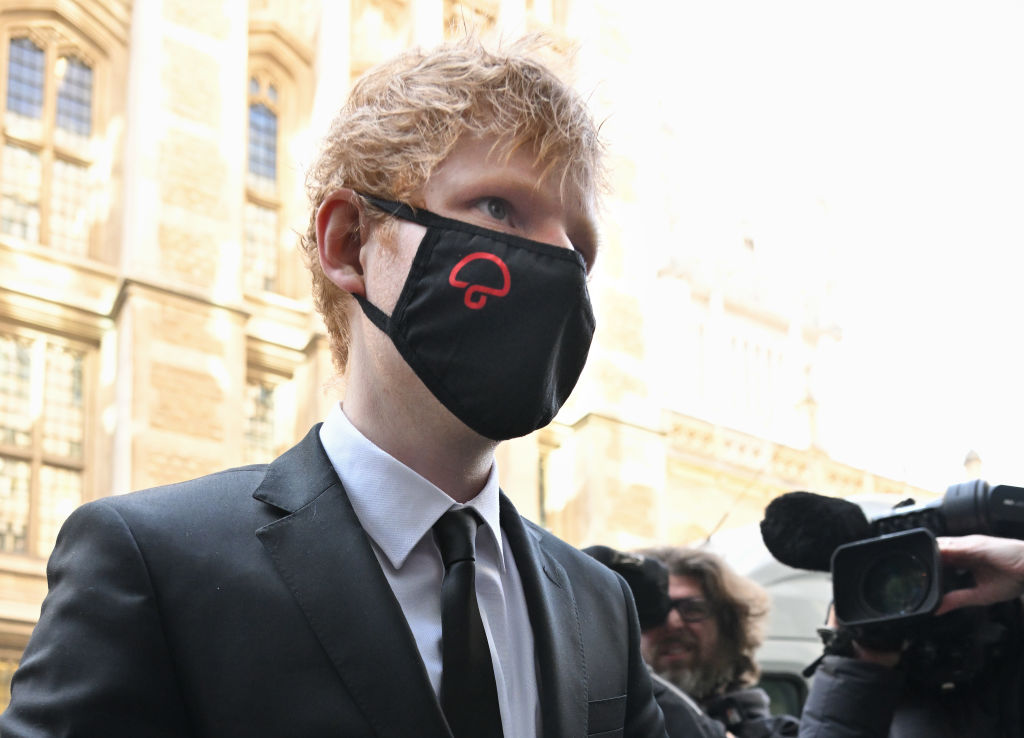 The two artists who sued Ed Sheeran for copyright infringement over “Shape of You” have been ordered to pay the pop star over $1.1 million in legal fees, Billboard reports.

After Sheeran prevailed in the copyright suit, lawyers for the grime artist Sami Chokri and his co-writer Ross O’Donoghue tried to argue that their clients shouldn’t have to cover the legal expenses of Sheeran and his co-defendants — songwriters Steven McCutcheon and Johnny McDaid — due to their “conduct… both before and during the proceedings.” Judge Antony Zacaroli, however, rebuffed those claims and said Sheeran and co. were entitled to an “interim payment” of £916,200 (just over $1.1 million).

Despite today ruling, that total sum for legal expenses could still change. Another judge will oversee and assess the costs and damages due, and could decide to nix some, thus lowering how much Chokri and O’Donoghue owe.

Sheeran won his High Court copyright battle in England over his 2017 single “Shape of You” back in April after a high-profile trial. A judge ruled that Sheeran, McDaid and McCutcheon did not plagiarized Chokri’s 2015 song “Oh Why.”

In his ruling, the judge concluded that Sheeran “neither deliberately nor subconsciously” copied a phrase from “Oh Why” when writing “Shape of You,” as Sheeran emphasized during the trial.

In a video statement posted to Twitter, Sheeran said, “While we’re obviously happy with the result, I feel like claims like this are way too common now and have become a culture where a claim is made with the idea that a settlement will be cheaper than taking it to court. Even if there’s no base for the claim. It’s really damaging to the songwriting industry. There’s only so many notes and very few chords used in pop music. Coincidence is bound to happen if 60,000 songs are being released every day on Spotify.”

He continued, “I don’t want to take anything away from the pain and hurt suffered by both sides of this case, but I just want to say that I’m not an entity. I’m not a corporation. I’m a human being. I’m a father. I’m a husband. I’m a son. Lawsuits are not a pleasant experience and I hope with this ruling it means in the future baseless claims like this can be avoided.”

Ed’s been dealing with a lawsuit recently and he wanted to share a few words about it all pic.twitter.com/hnKm7VFcor

Chokri, a grime artist who performs under the name Sami Switch, and his co-writer Ross O’Donoghue sued Sheeran, McDaid and Mac for copyright infringement over alleged similarities between the two songs. In 2018, “The Shape of You” writers launched legal proceedings asking the High Court to declare they had not infringed on the copyright. Chokri and O’Donoghue issued a counterclaim two months later.

During the 11-day trial in London in March, Sheeran denied he “borrows” ideas from other songwriters without acknowledgement. He told the court he “always tried to be completely fair” in crediting his contributors,” adding that he was using the opportunity of the trial to clear his name. In their testimony, Sheeran, McDaid and Mac all denied being aware of “Oh Why” prior to writing “Shape Of You.”

Sheeran recently performed as part of Concert for Ukraine, held in Birmingham, England. His latest album, =, was released last October.