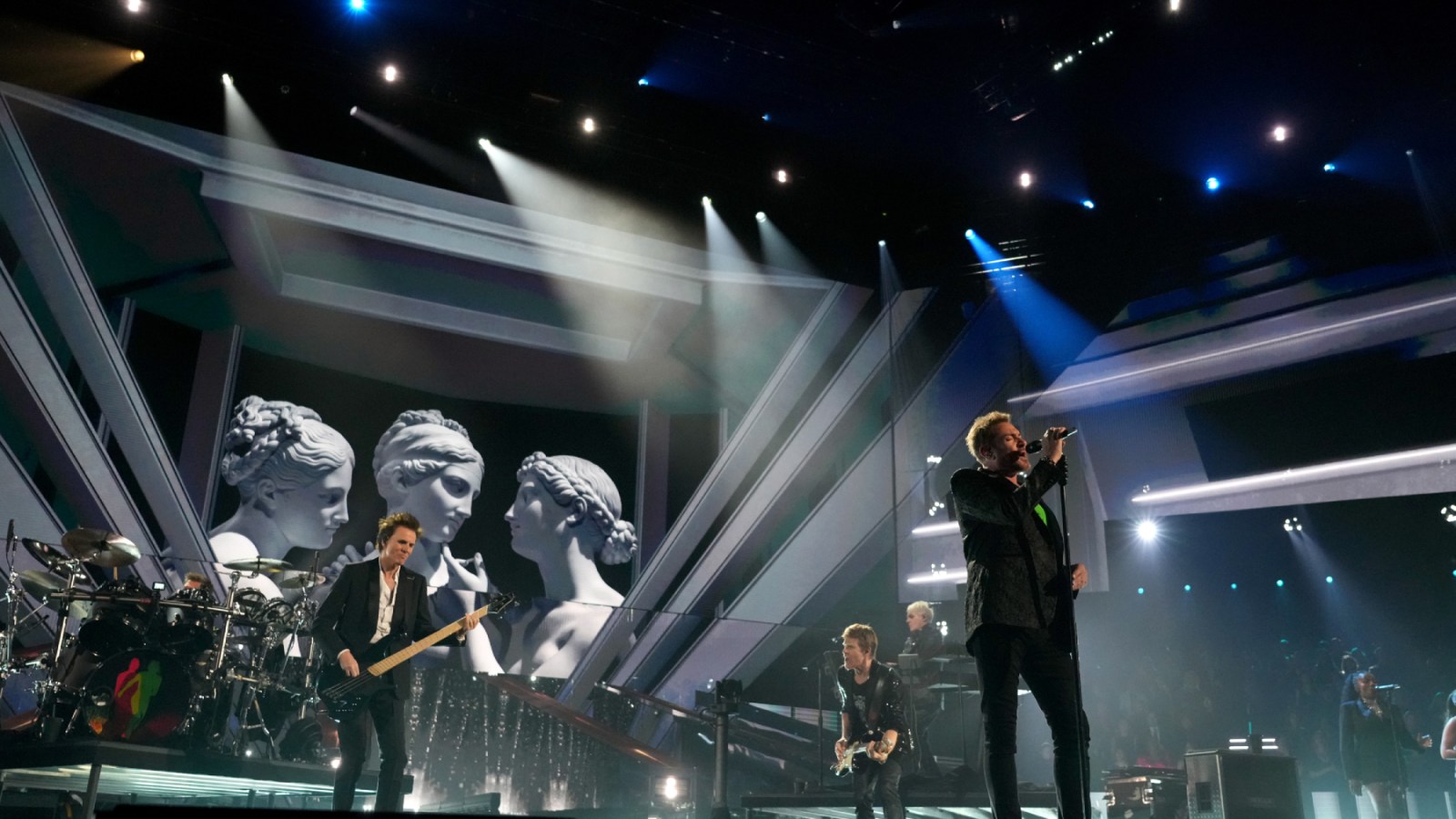 Duran Duran’s Simon Le Bon, Nick Rhodes, Roger Taylor, and John Taylor kicked off the 2022 Rock & Roll Hall of Fame ceremony with the hit that started it all, “Girls On Film.” But about 30 seconds into their 1981 jam, a sound glitch caused the band to pause for technical difficulties. “[We’re] proving to you we weren’t lip syncing,” quipped Le Bon.

No one in the Microsoft Theater seemed to care once Rhodes hit the synths and revved into the apocalyptic “Hungry Like the Wolf.” They ended the medley by bringing out a six-person string section for their elegant 1993 ballad “Ordinary World.”

Despite years of eligibility, 2022 was the first time Duran Duran were nominated for the Rock & Roll Hall of Fame. And their fans turned out in droves. The New Romantics won the for the fans ballot by a landslide with nearly 934,000 votes — 250,000 more than the Number Two artist on the fan ballot, Eminem.

But as Simon Le Bon told Rolling Stone earlier this year, he was shocked and humbled when he heard the band officially made it in. “We were up against incredible names, people I have incredible respect for … New York Dolls, for God’s sake! Devo! These are really important artists in my mind and so I think it’s probably healthier for us not to expect anything, so we didn’t expect. We just thought, ‘Well, we’ll wait and see what happens.’”

Le Bon was optimistic that the band would reunite with former guitarists Andy Taylor and Warren Cuccurullo, who are also inducted along with present members Roger Taylor, Nick Rhodes, and John Taylor. But neither reunion came to pass.

During his acceptance speech, Le Bon stunned fans reading parts of a letter from Andy Taylor that appears on Duran Duran’s website. The former guitarist was unable to attend the induction ceremony due to the progression of his stage 4 metastatic prostate cancer, which he was diagnosed with over four years ago.

“I’m so very proud of these four brothers,” Taylor wrote. “I’m amazed at their durability, and I’m overjoyed at accepting this award. I often doubted the day would come. I’m sure as hell glad I’m around to see the day.”