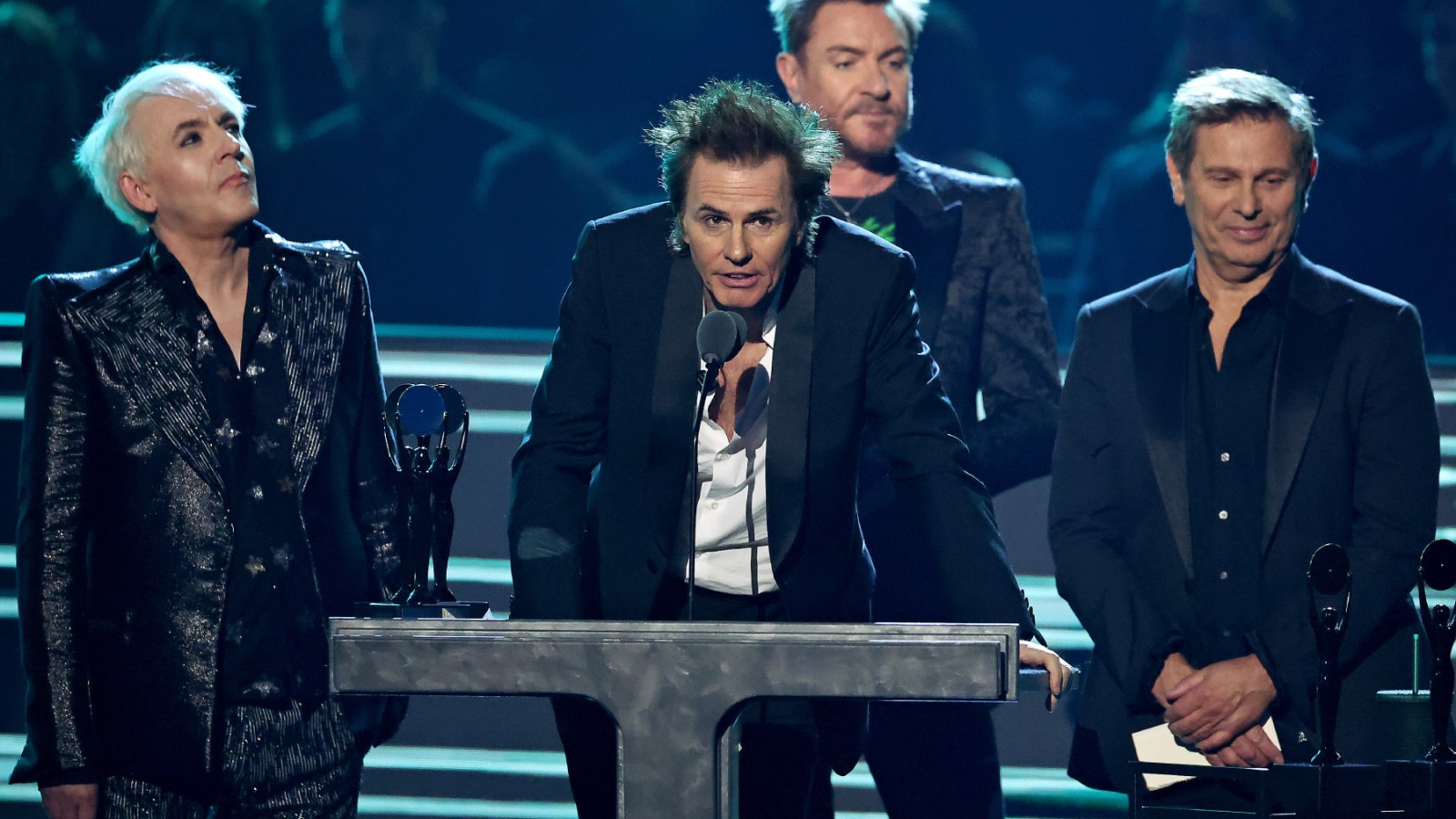 After looking over the list of potential artists to be inducted into the Rock & Roll Hall of Fame this year, Duran Duran didn’t think they had a chance in hell. It’s not that they didn’t feel deserving of the honor, but they had spent decades of their career being the outliers who didn’t exactly do things like everyone else. But during their induction on Saturday night, the British glam rock stars proved that carrying that distinction is what makes you a star.

Since their 1978 formation, Duran Duran churned out a discography complete with 15 studio albums and nearly four dozen singles, including “Hungry Like the Wolf,” “Is There Something I Should Know,” “The Reflex,” “I Don’t Want Your Love,” and more that commanded the top of the charts for the entirety of the eighties, trickling down into the nineties.

Duran Duran had won the Rock and Roll Hall of Fame fan vote by a huge margin, which didn’t contribute much to the actual voting process, but it did capture the purpose behind honoring musicians in the way the Rock Hall does: to champion the music that moved millions.

“I think that probably had some kind of sway when it came to the actual votes,” Le Bon told Rolling Stone earlier this year. “It reminded people of what the public wants.”

Founding members John Taylor and Nick Rhodes round out the core of Duran Duran with Simon Le Bon and Roger Taylor, but key players Andy Taylor and Warren Cuccurullo could not attend the induction. Taylor instead shared a letter that was posted on Duran Duran’s webpage and which Le Bon read onstage at the ceremony. In it, he revealed that he was diagnosed with stage 4 metastatic prostate cancer four years ago.

“Although my current condition is not immediately life threatening there is no cure,” he explained. “Recently I was doing okay after some very sophisticated life extending treatment, that was until a week or so ago when I suffered a setback, and despite the exceptional efforts of my team, I had to be honest in that both physically and mentally, I would be pushing my boundaries,” he wrote.

Read the speeches from the members of Duran Duran below:

Simon Le Bon
There are two of our band members being inducted who sadly cannot be here. Warren Cuccurullo, extraordinary guitar player. He made a massive contribution to Duran Duran. And then there’s Andy Taylor, our original guitarist. Andy has written an open letter to us. I’m going to read some of it now. “What an absolute honor it was to be nominated, let alone be inducted into the the Rock and Roll Hall of Fame. There’s nothing that comes close to such recognition. You can dream about what happened to us but to experience it, on one’s own terms, as mates, was beyond incredible. Just over four years ago, I was diagnosed with stage 4 metastatic prostate cancer. Many families have experienced the slow burn of this disease, and of course, we are no different, so I speak from the perspective of a family man, but with profound humility to the band, the greatest fans a group could have, and this exceptional accolade. I’m truly sorry and massively disappointed I couldn’t make it. Let there be no doubt I was stoked about the whole thing — even bought a new guitar with the essential whammy! I’m so very proud of these four brothers, I’m amazed at their durability, and I’m overjoyed at accepting this award. I often doubted the day would come. I’m sure as hell glad I’m around to see the day.”

Music is itself an honor, something that all the artists being inducted tonight’s and previously have dedicated our lives to in order to achieve. In times that seem increasingly divisive, music is something which can overcome such issues as race, politics, and gender. Music brings people together. Over 40 years I’ve been working, I’ve come to believe that the essence of our job is this: We get to make people feel better about themselves. This an industry that I am proud to be a part of. Thank you.

John Taylor
Thank you. Music nourished us and gave us identities. We would not be here without the influence of the Beatles, David Bowie and Mick Ronson, T-Rex, the Sex Pistols and the Clash… Siouxsie Sioux and Patty Smith, Japan… These and so many others were all at one time parents, mentors, and spirit guides. Without them and their music, we might never find each other.

Nick Rhodes
It’s great to be filmed with people that love music because every single person in this room is here one way or another because you love music. When I was 10 years old, I met John, we bonded over our love for music then and just a few years later, we’re still together but actually it’s been quite a long marriage, I guess. A marriage of three people — some people call it polygamy. We’re all driven by fans — real fans. John put out a list of a lot of the bands that have influenced us and another one I’d like to mention are the New York Dolls. They’re a super group and I love the band — they didn’t make it in but I really hope they do. And all I really want to say is thank you to all the fans. We know what it’s like… We share this award with you.