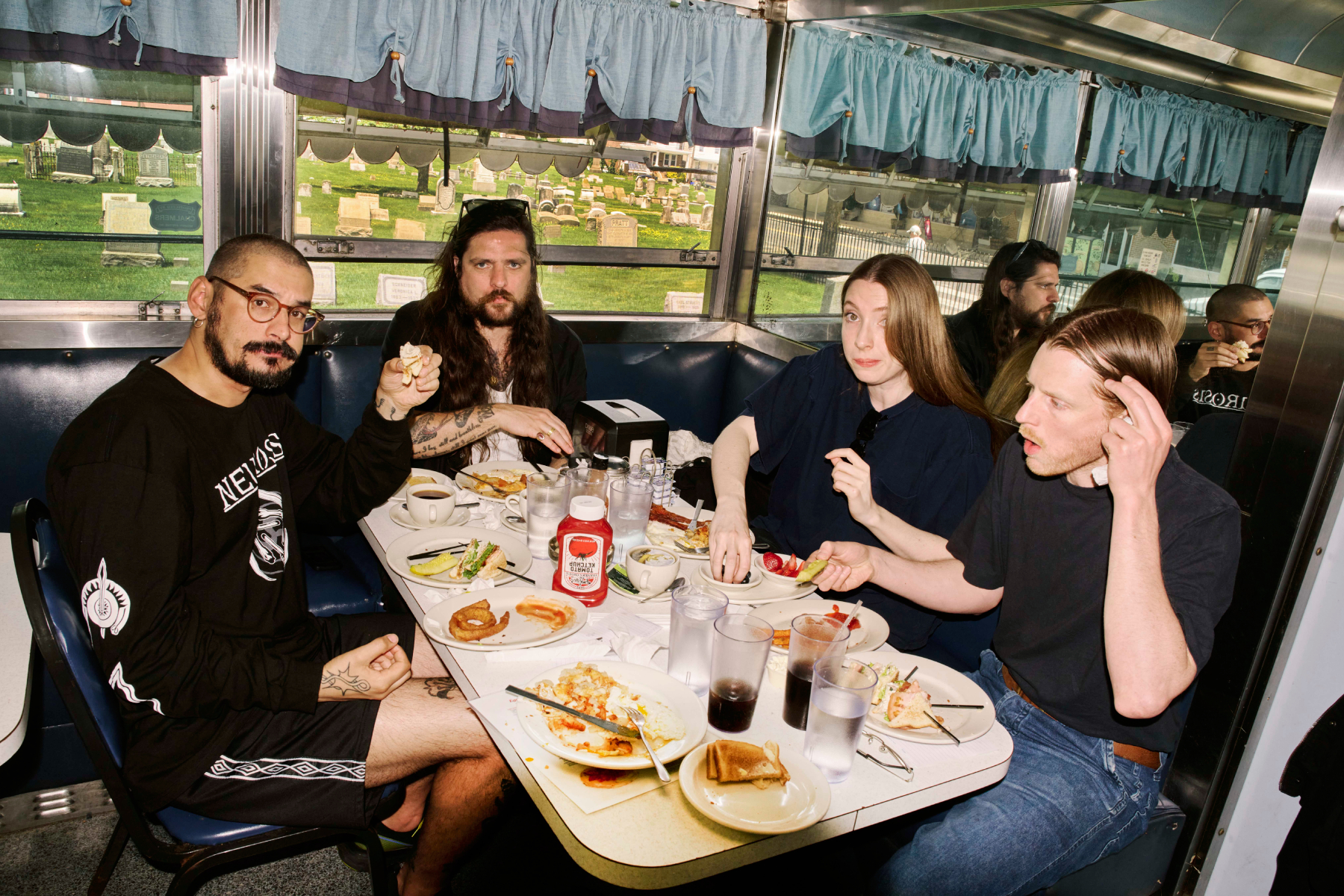 Celebrated London post-punks Dry Cleaning are back with a new song, “Don’t Press Me,” which will appear on their upcoming second album, Stumpwork, out Oct. 21 via 4AD.

“Don’t Press Me” is vintage Dry Cleaning, with vocalist Florence Shaw spinning a yarn that’s oddly specific, a little surreal, and taps into something deeply existential. In this instance, she’s mostly talking about gaming and enjoying life’s little pleasures without guilt, speaking — and even softly crooning a bit — over a punchy tangle of guitars and drums.

“The words in the chorus came about because I was trying to write a song to sing to my own brain, ‘You are always fighting me / You are always stressing me out,’” Shaw said in a statement. “Don’t Press Me” also arrives with an animated video helmed by Peter Millard.

Stumpwork follows Dry Cleaning’s acclaimed 2021 debut, New Long Leg, which landed at Number 24 on Rolling Stone’s list of the 50 Best Albums of that year. The new record was made after the band returned to rural Wales in late 2021 and reunited with producer John Parish and engineer Joe Jones, both of whom worked on New Long Leg.

Dry Cleaning have a whole bunch of tour dates scheduled through the summer, though the bulk of them will be in Europe and the U.K. In July, though, they’ll return to the U.S. for a handful of shows, including sets at Summerfest in Milwaukee and Pitchfork Music Festival in Chicago.