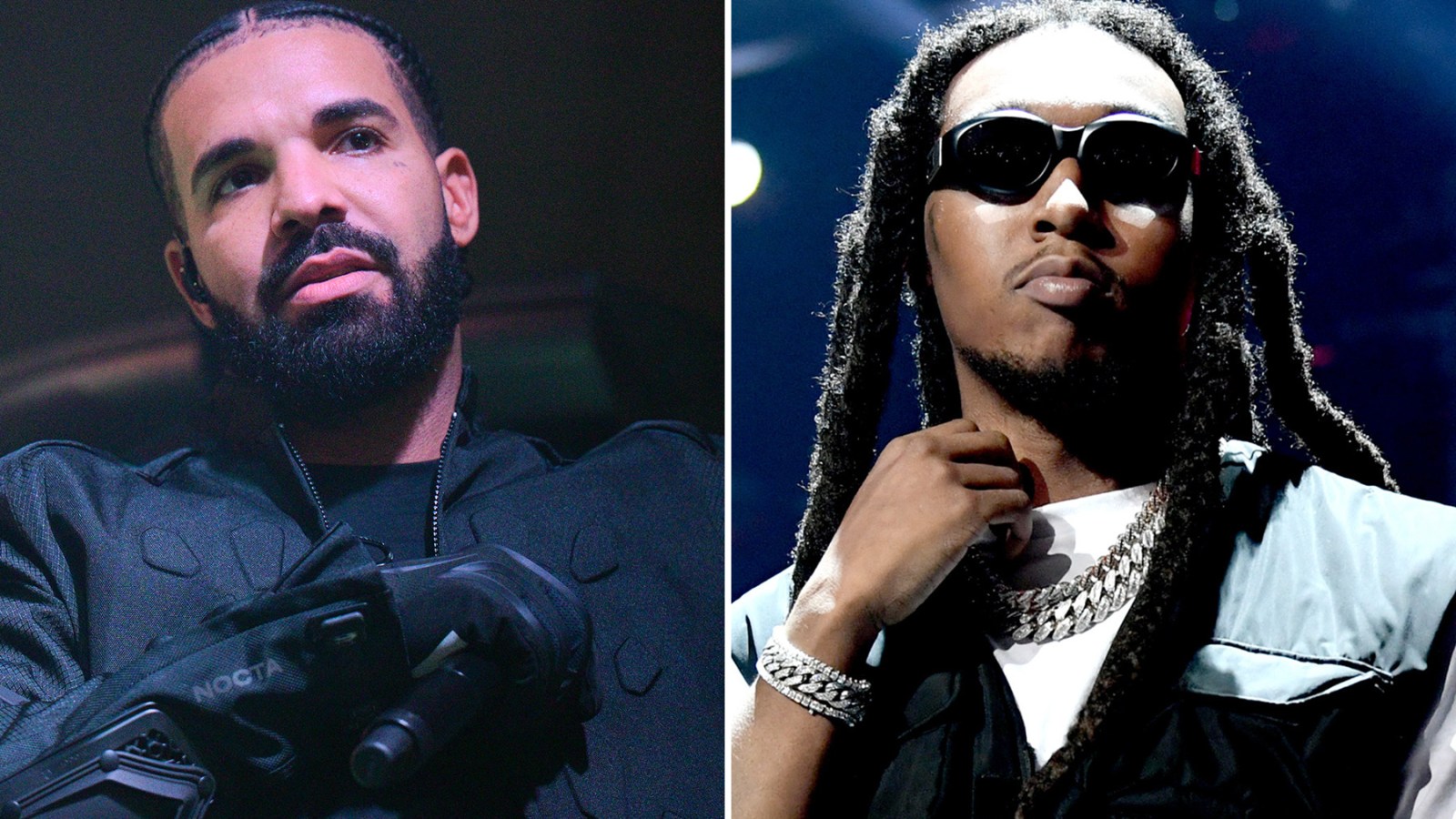 Drake is postponing his scheduled show at the Apollo Theater to mourn his friend Takeoff. On Monday, the rapper shared that instead of hosting one show in New York City this weekend, he’ll host two concerts in early December in order to make time to attend the late Migos member’s funeral in Atlanta.

Takeoff, who was killed at a bowling alley in Houston last week, is set to be honored and remembered during a funeral at Atlanta’s State Farm Arena this Friday, according to local station V-103.

“The Apollo show has been moved to allow us to pay respect to our dear friend this weekend,” Drake wrote in an Instagram Story. “We have added a second date for the fans.”

Rev. Jesse Curney, III is set to officiate the service, telling TMZ that Takeoff had been “a faithful member” of the New Mercies Christian Church since his youth.

“He and his family were active and avid supporters of the church and the community as a whole,” Curney told the outlet.

While celebrating the release of his album Her Loss on SiriusXM late last week, Drake took a moment to honor Takeoff.

“Before I get into the pleasantries, I’d just like to send our deepest condolences from the family to the entire [Quality Control family], to our brother Quavo, to our brother Offset, to the friends and loved ones of the legendary, unprecedented Takeoff — a guy that I knew for a long, long time,” Drake said.

The rapper noted that he and Migos first linked up on the rap-changing remix for the Atlanta trio’s hit “Versace.” From there, “We formed a brotherhood. I always talk about the fact that this was one family. My friends in the music industry are not friends, they’re family,” Drake said. “So, our deepest condolences. Tragic loss for all of us and, you know, a dark cloud over this business that we love so much.”

Drake previously paid tribute to Takeoff on Instagram. He shared a photo of them sharing the stage and added the caption: “I got the best memories of all of us seeing the world together and bringing light to every city we touch. That’s what I’ll focus on for now.”