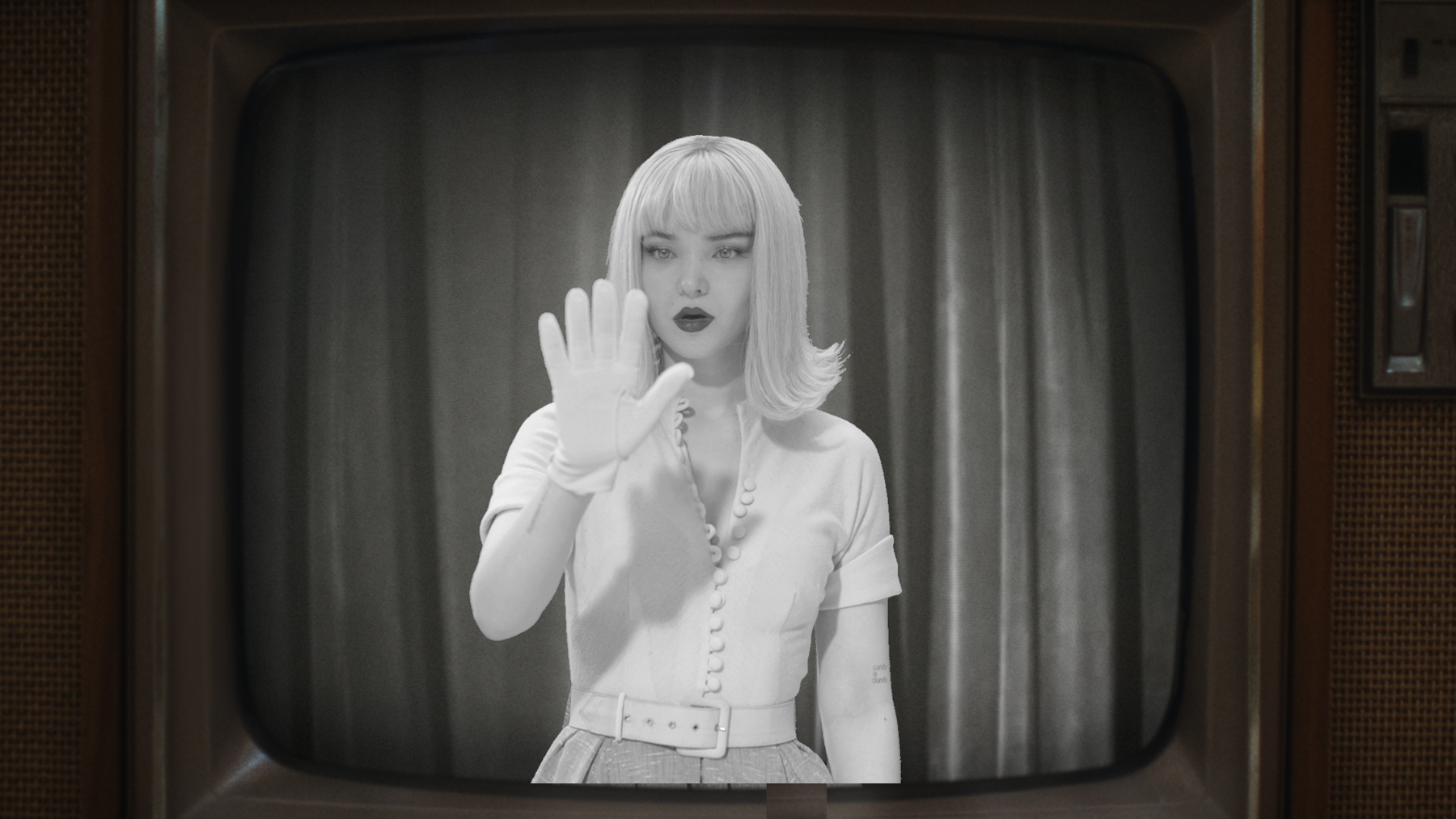 Househusbands. Power suits. Forced vasectomies. In her new video for “Breakfast,” Dove Cameron reimagines the world where the patriarchy doesn’t exist, and instead women hold the extreme, unfair power that men hold today.

“I was feeling incredibly disillusioned watching the recent SCOTUS ruling, and I couldn’t wrap my head around making a music video at a time when I felt so desolate,” Dove says in a statement. “With this video, I want to show the disturbing contrast between stylized femininity and masculine power and the gender stereotypes that plague our social commentary. I want the audience to notice how strange it is to watch the roles be reversed and it was important to highlight how ingrained these roles really are in our nervous systems.”

The video opens with a TV reporter describing the polar opposite of Roe v. Wade, where “men continue to fight for their right to choose” and “claim forced vasectomies are a human rights violation.”

The video sees Cameron heading to an office, where she meets with fellow female executives. One of the women caresses a male assistant’s back, and Cameron gives the same worker a martini before the two engage in a makeout session, turning workplace harassment on its head.

“I eat boys like you for breakfast/One by one hung on my necklace,” she sings in the chorus. “And they’ll always be mine/It makes me feel alive.”

The video returns to the worker — surrounded by laughing female executives — as he runs out of the office for a forced vasectomy after learning he got Cameron pregnant. “Everything will be ok, but next time you don’t drink so much and make sure you’re dressed appropriately, so you’re not provoking women,” says the doctor.

The video ends with Cameron watching herself in a blonde wig trying to climb out of the TV screen, returning back to reality, as Roe v. Wade protest signs flash across the TV screen.

“This is a video to remind us that ‘how it’s always been’ should never be a reason for desensitization or upholding broken systems,” Cameron said. “Hopefully, by re-contextualizing these familiar scenes, this video will encourage people to vote for a world where we leave gender discrimination as a thing of the past and stop bringing the past into the present.”

“Breakfast” follows the release of Cameron’s song “Boyfriend” earlier this year and “Taste of You” with Rezz last year.