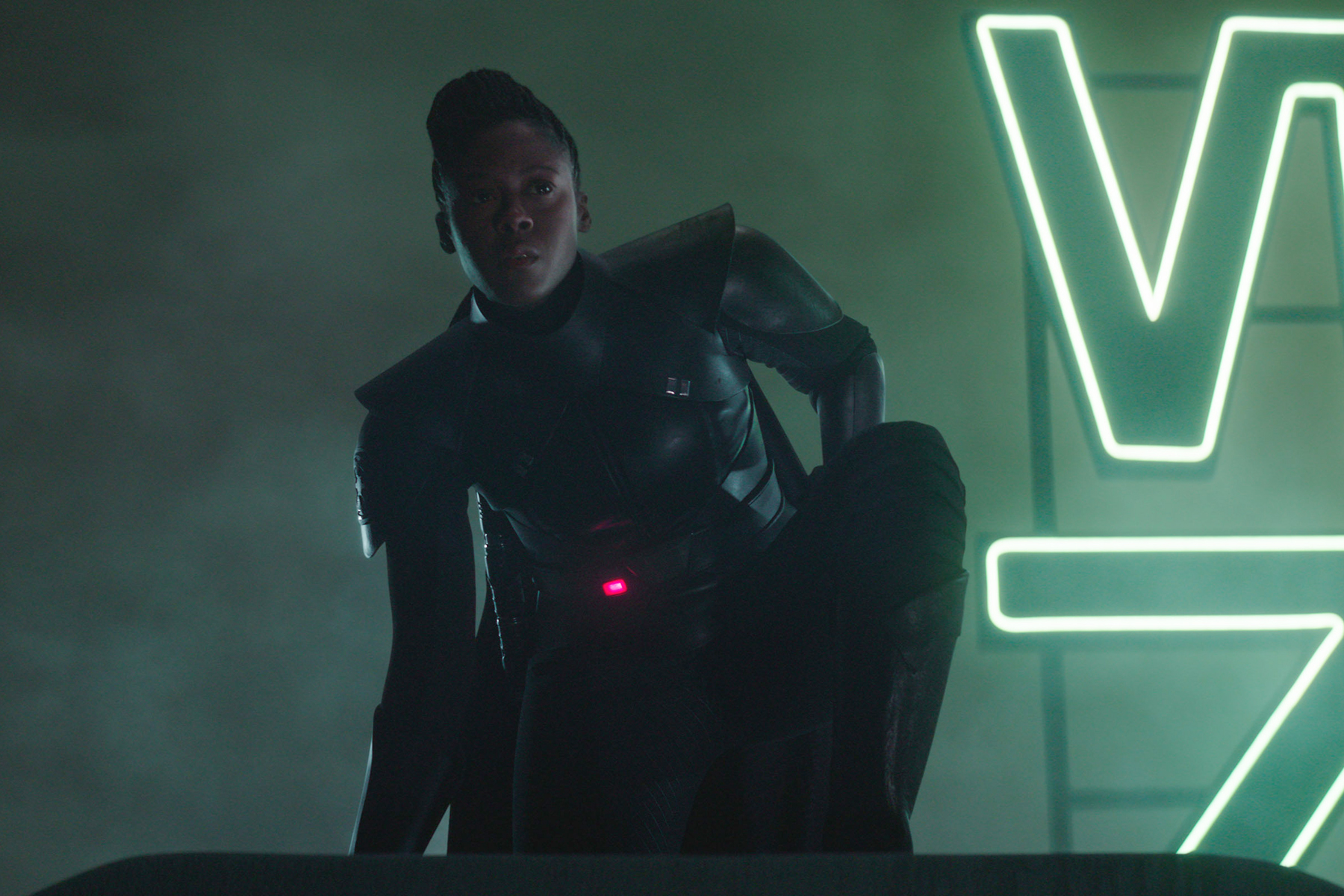 Obi-Wan Kenobi star Moses Ingram took to Instagram to pull the curtain back on the racist responses that have flooded her DMs since joining the beloved Star Wars franchise as Inquisitor Reva Sevander on the new Disney+ series. Set to the sound of Megan Thee Stallion’s anthemic “Megan’s Piano,” the actress dropped screenshots on her Instagram Story that warned “You’re days are numbered” and “You’re a diversity hire and you won’t be loved or remembered for this acting role.”

As valid of a response as having Megan Thee Stallion soundtrack your hate by rapping “Sorry, hoes hate me ‘cause I’m the it girl” is, Ingram dug deeper later in her Story to get to the root of what truly bothers her, and she said it’s not the haters on the internet themselves.

“There’s nothing anybody can do to stop this hate. I question what my purpose is in even being here in front of you saying that this is happening,” she said. “But I think the thing that bothers me is this feeling that I’ve had inside of myself – which no one has told me – but this feeling of ‘I just gotta shut up and take it, I just gotta grin and bear it.’ And I’m not built like that.”

After Ingram addressed the hate herself, the Star Wars franchise proved that they have their newest star’s back.

“There are more than 20 million sentient species in the Star Wars galaxy, don’t choose to be a racist,” the franchise’s official Twitter account wrote.

They added: “We are proud to welcome Moses Ingram to the Star Wars family and excited for Reva’s story to unfold. If anyone intends to make her feel in any way unwelcome, we have only one thing to say: we resist.”

We are proud to welcome Moses Ingram to the Star Wars family and excited for Reva’s story to unfold. If anyone intends to make her feel in any way unwelcome, we have only one thing to say: we resist. pic.twitter.com/lZW0yvseBk

Star Wars had a quieter response to John Boyega’s similar backlash when he joined the franchise as Finn in Star Wars: The Force Awakens back in 2015. Though he felt his storyline was pushed to the side in The Last Jedi and The Rise of Skywalker, the biggest blow, he said, came from realizing he was alone in his experience.

“I’m the only cast member who had their own unique experience of that franchise based on their race,” he told British GQ in 2020. “Let’s just leave it like that. It makes you angry with a process like that. It makes you much more militant; it changes you. Because you realize, ‘I got given this opportunity but I’m in an industry that wasn’t even ready for me.’”

He added: “Nobody else in the cast had people saying they were going to boycott the movie because [they were in it]. Nobody else had the uproar and death threats sent to their Instagram DMs and social media, saying, ‘Black this and Black that and you shouldn’t be a Stormtrooper.’ Nobody else had that experience. But yet people are surprised that I’m this way. That’s my frustration.”