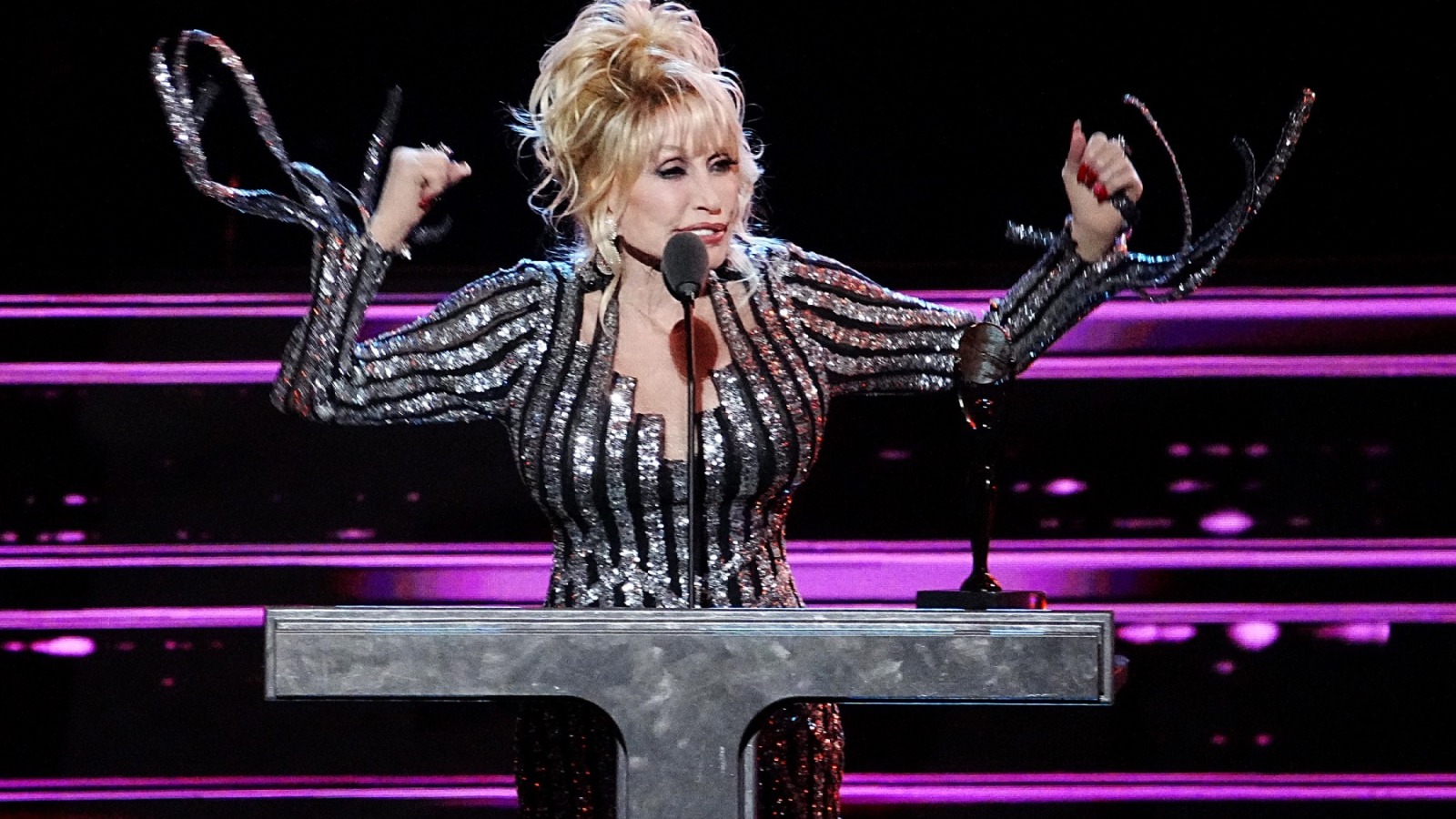 Dolly Parton is a member of the Rock and Roll Hall of Fame. After initially deeming herself not worth for induction back in March and attempting to withdraw from consideration — then ultimately agreeing to the honor six weeks later — Parton was officially inducted during the Hall of Fame ceremony Saturday night in Los Angeles.

“I’m a rock star now!” Parton said. “This is a very special night for me. I’m sure a lot of you knew that back when they said they were gonna put me in the Rock and Roll Hall of Fame, I didn’t feel like I had done enough to deserve that. And I didn’t understand at the time that it’s about more than that. But I’m just so honored and so proud to be here tonight.”

Parton, who became a member of the Country Music Hall of Fame in 1999, was lauded by Pink in an induction speech and later performed “Jolene” with Pink, Brandi Carlile, and fellow inductees Pat Benatar, Simon LeBon of Duran Duran, Rob Halford of Judas Priest, and Annie Lennox and Dave Stewart.

Parton also debuted a new song, “Rockin’,” which she performed with her house band for the night, the Zac Brown Band. “If I’m going to go in the Rock and Roll Hall of Fame, I’m going to have to earn it,” she said, wearing a black leather jumpsuit with red jewels and strumming a blues-rock riff on a matching heavy-metal Superstrat. “And you thought I couldn’t rock and roll.”

Along with Parton, the 2022 inductees included Eminen, Duran Duran, Lionel Richie, Pat Benatar, Eurythmics, and Carly Simon. Highlights from the ceremony, held at the Microsoft Theater in Los Angeles, will air on Nov. 19 on HBO and stream on HBO Max.