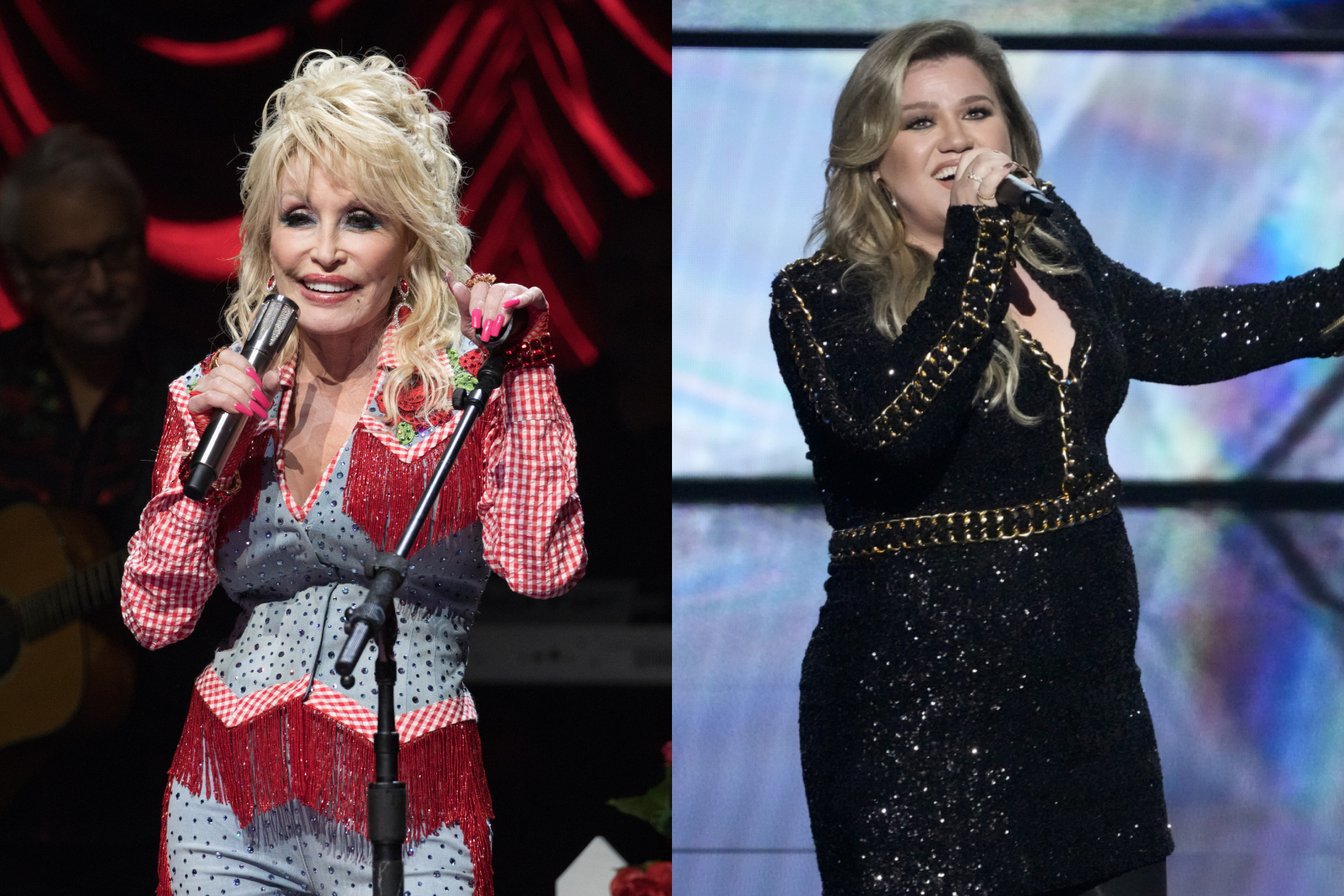 To mark the upcoming release of the documentary Still Working 9 to 5, Dolly Parton and Kelly Clarkson joined forces to produce a moving rendition of Parton’s beloved 1980 hit song, “9 to 5.” The documentary, out Sept. 16, revisits the iconic comedy film 9 to 5 to discuss its lasting impact on amplifying women’s issues and feminist ideals within mainstream media culture.

The Grammy Award-winning singers were assisted on the reworked track by the documentary’s executive producer and songwriter Shane McAnally, singer-songwriter Sasha Alex Sloan, and producer King Henry. The song transforms the original country-tinged anthem into a subdued, dream pop ballad that highlights the pain and struggles lingering within Parton’s lyrics.

“Nobody sings like Kelly Clarkson,” Parton said in a statement about the track. “She makes any song come alive. I love her voice on ‘9 to 5’ and I am so proud I got to sing with her on it.”

In a separate statement, Clarkson also expressed her excitement over collaborating with the county music legend. “I am so honored that Dolly asked me to reimagine this iconic song, ‘9 to 5,’ with her! She is so talented, an inspiration to all women, and one of the sweetest people you will ever meet,” she said. “I hope y’all like what we did, but even if you don’t, remember I got to sing a duet with the magical Dolly Parton and now have bragging rights til the end of time!”

Still Working 9 to 5 will reunite the stars of the 1980s film — including Dolly Parton, Jane Fonda, Lily Tomlin and Dabney Coleman — and will also feature actress Rita Moreno, who starred in the TV sitcom inspired by the movie. The documentary, which premiered at SXSW in March, has already made a splash on the festival circuit, with Variety praising the film for being both “amusing” and “provocative.”

“Who knew that 42 years later, I’d still be working 9 to 5,” Parton said when her collaboration with Clarkson was announced last month. “I believed then, and I believe now, that every person deserves to be paid fairly for their work… no matter what they are. I think this documentary shows that the struggle continues and that we all need to do our part to help make things better for everybody.”