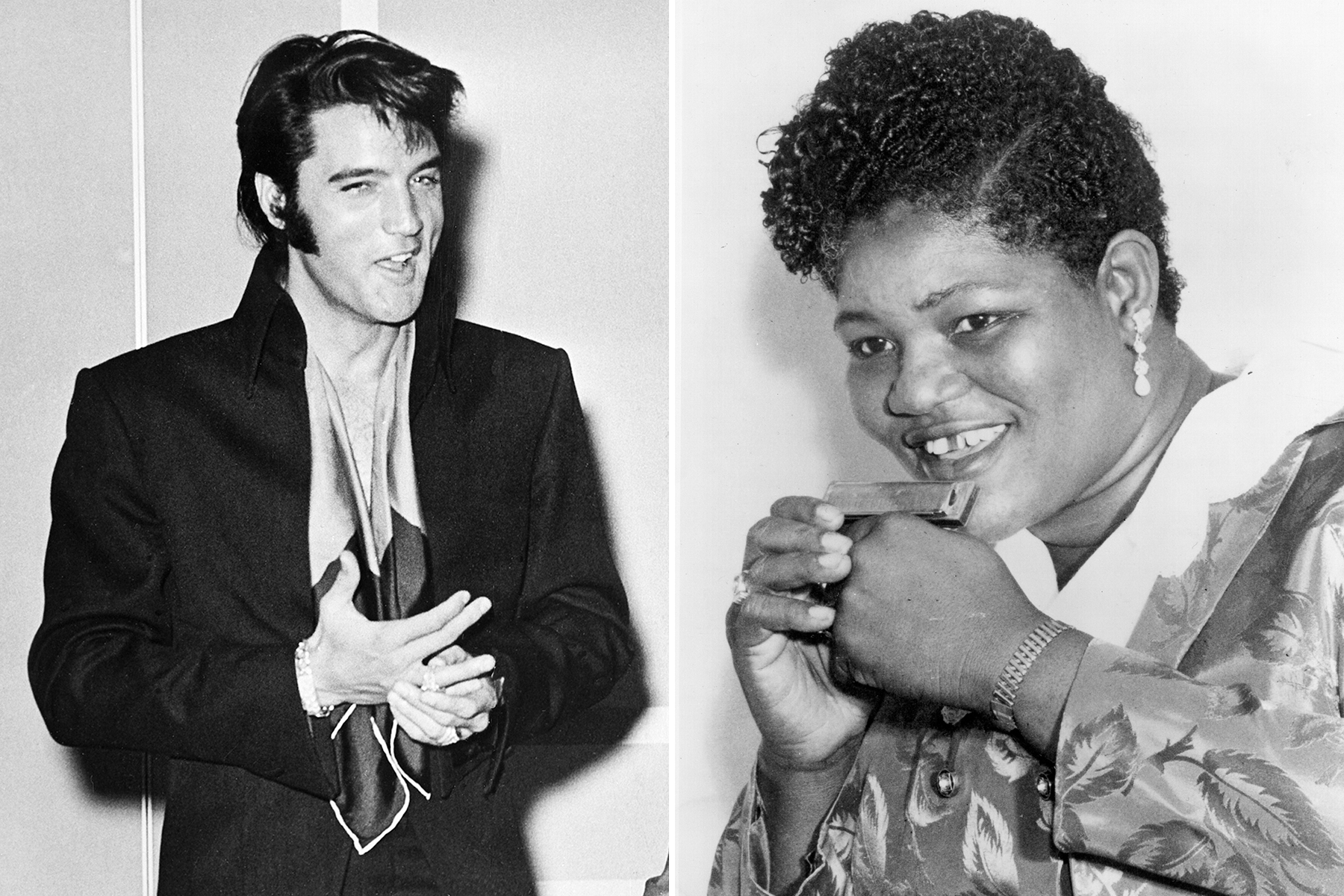 Baz Luhrmann’s box-office-topping new movie Elvis does manage to show the powerhouse singer Big Mama Thornton (played by Shonka Dukureh) performing “Hound Dog,” a song she recorded in 1952, four years before Elvis Presley. But it leaves out two very significant players: songwriters Jerry Leiber and Mike Stoller, who wrote “Hound Dog” as teenagers for Thornton, and went on to write “Jailhouse Rock,” “You’re So Square (I Don’t Care),” “Trouble,” and other hits for Presley himself (as well as “Stand By Me” for Ben E. King and countless other classic songs).

Leiber died in 2011, but Stoller is thriving at age 89 — and he tells our Rolling Stone Music Now podcast that after many decades behind the scenes, he didn’t mind the omission. “Well, I didn’t expect anything,” he says with a laugh, “so therefore, I was not disappointed in that regard.” (To hear the whole episode, listen on Apple Podcasts or Spotify, or press play above.)

On the episode, Stoller tells the whole story of “Hound Dog” and explains why, in his opinion, contemporary observers who are convinced Presley “stole” the song from Big Mama Thornton are misguided. For one thing, while Presley was well aware of Thornton’s version of the song, his rendition was directly inspired by yet another iteration of “Hound Dog,” by the group Freddie Bell and the Bellboys — and he uses their musical and lyrical alterations.

That said, while Stoller came to admire Presley’s talents, he never was all that fond of his take on “Hound Dog.” “It didn’t have the groove that Big Mama’s record had, which was fantastic,” says Stoller, who also tells the whole story of the original Thornton studio session for the song. Neither Leiber and Stoller nor Thornton ever got paid much for her version of the song, and Stoller acknowledges that as a tragedy, along with the general lack of cultural recognition for her. “That’s true of not only Big Mama, but of many black performers and songwriters,” he says, noting that he and Leiber “did, on occasion, send her some funds.”

Stoller also defends Presley against charges of cultural appropriation, accusations he says would be more appropriately leveled at Pat Boone, who did truly execrable and whitewashed versions of songs like Little Richard’s “Tutti Frutti.” “Pat Boone didn’t really love the music,” says Stoller. “He was just trying to make a buck off of it.”

Stoller also tells the stories behind “Jailhouse Rock,” gives his review of Luhrmann’s movie, recalls his time hanging out with Presley, and much more. Elsewhere in the episode, David Fear weighs in on the film’s successes and failures, and Rolling Stone News correspondent Delisa Shannon interviews Yola, who plays a key Presley influence, Sister Rosetta Tharpe, in the movie.