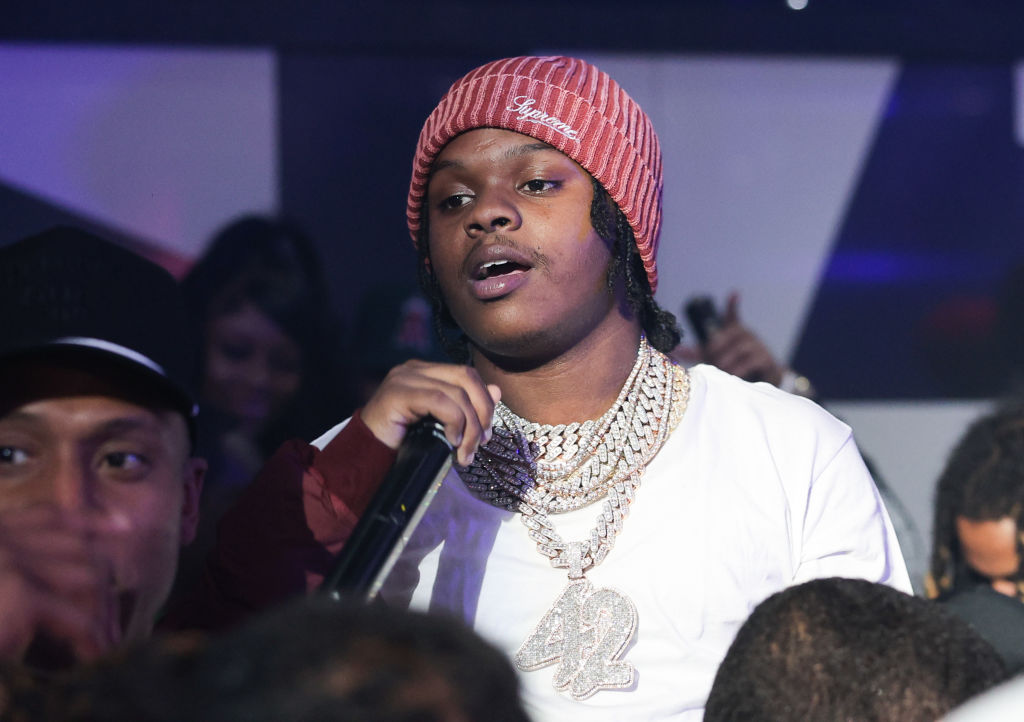 Detroit rapper 42 Dugg was arrested Wednesday in Michigan after failing to turn himself in to serve an outstanding six-month prison sentence.

In March 2020, a federal grand jury in Georgia charged the rising rapper, real name Dion Hayes, with possessing a firearm, a felony given Hayes was previously convicted of carjacking and firearms possessions in his native Michigan in 2011. Hayes pleaded guilty to those charges in Nov. 2020, and was sentenced to three years probation.

However, his probation was revoked in Feb. 2022 after Hayes was arrested for obstruction of law enforcement and battery in Las Vegas; he also had “multiple positive test results for use of controlled substances,” another violation of his probation, the arrest warrant obtained by Rolling Stone states. Hayes was subsequently sentenced to six months in a West Virginia prison.

Hayes was ordered to report in April 2022 to begin his sentence; when he didn’t appear, an arrest warrant was issued, leading to his arrest Wednesday by federal agents. According to the Detroit News, 42 Dugg attended Tuesday night’s NBA playoff game between the Golden State Warriors and the home Memphis Grizzles. When Hayes’ private jet landed back in Detroit early Wednesday morning, he was apprehended.

The Georgia charges stem from a Nov. 2019 incident where the Bureau of Alcohol, Tobacco, Firearms, and Explosives received an anonymous tip that said 42 Dugg was firing weapons at an Atlanta gun range, with surveillance footage implicating the rapper; Hayes was not allowed to possess firearms following his release from prison on the Michigan charges five years earlier.

A lawyer for Hayes did not immediately respond to Rolling Stone’s request for comment.

An up-and-coming rapper emerging out of the Motor City’s hip-hop scene, 42 Dugg recently delivered standout verses on tracks by Tyler, the Creator (“Lemonhead“), Future (“Like Me“), and Lil Baby (“We Paid“), in addition to his recent Last Ones Left LP with EST Gee.