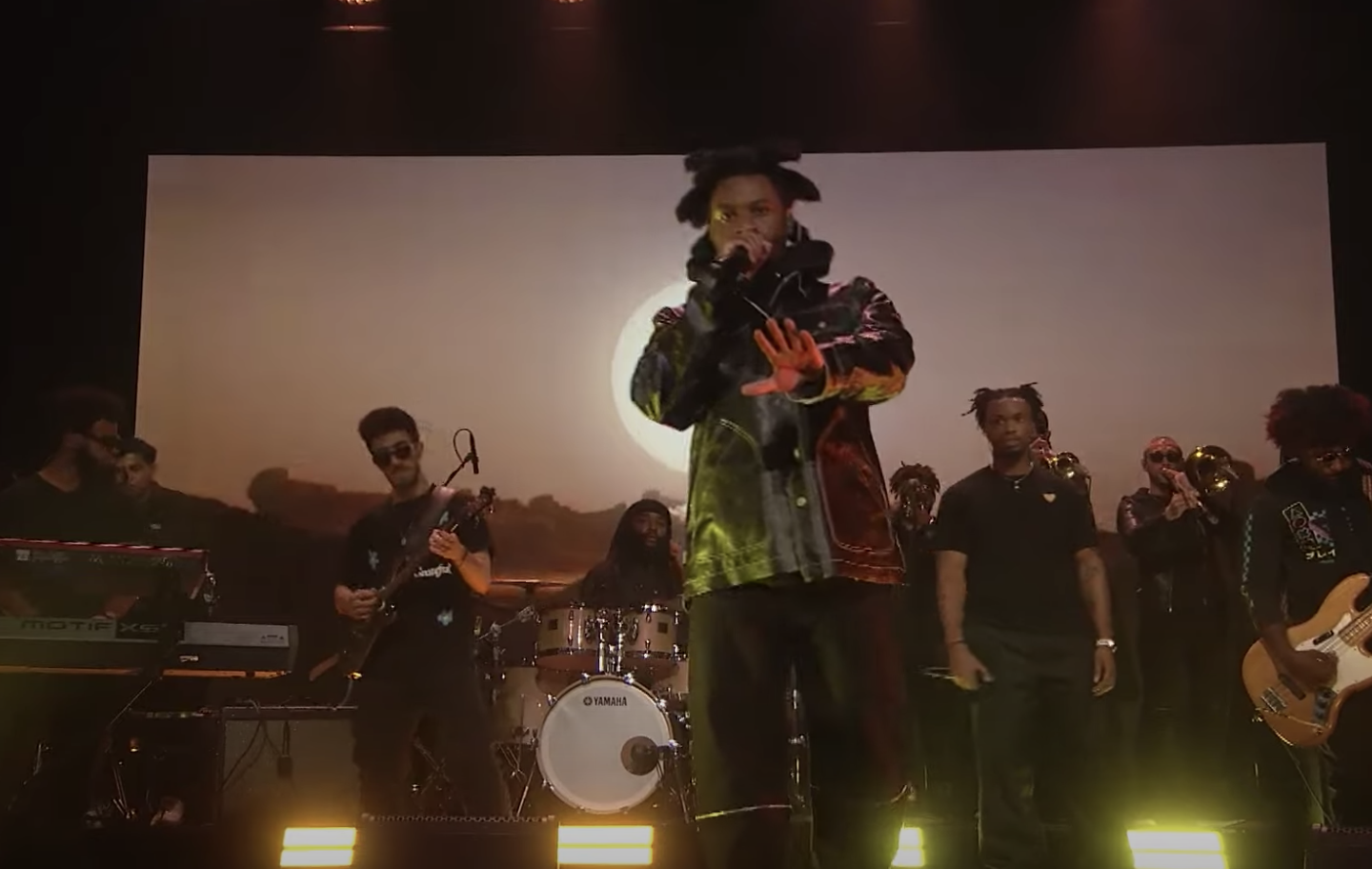 Denzel Curry appeared on The Tonight Show for a rousing performance of his song “Walkin.” The rapper was joined by Cold Blooded Soul for the hard-hitting number.

“I know sometimes that life gets hard sometimes,” Curry said right before jumping into the song. “But I wanna tell everybody in this crowd right now and everybody that’s watching at home, I just need y’all to listen to me and know…”

“Walkin” appears on Curry’s recent LP, Melt My Eyez See Your Future, which arrived in March via Loma Vista Recordings. The rapper previously teamed up with Cold Blooded Soul for a performance on NPR’s Tiny Desk concert series in June, showcasing several tracks off the album.

Curry is currently on tour in support of his album. He will also join Kid Cudi for select dates on his To The Moon – 2022 World Tour, and will perform as part of the line-up for Atlanta’s Music Midtown Festival in September.