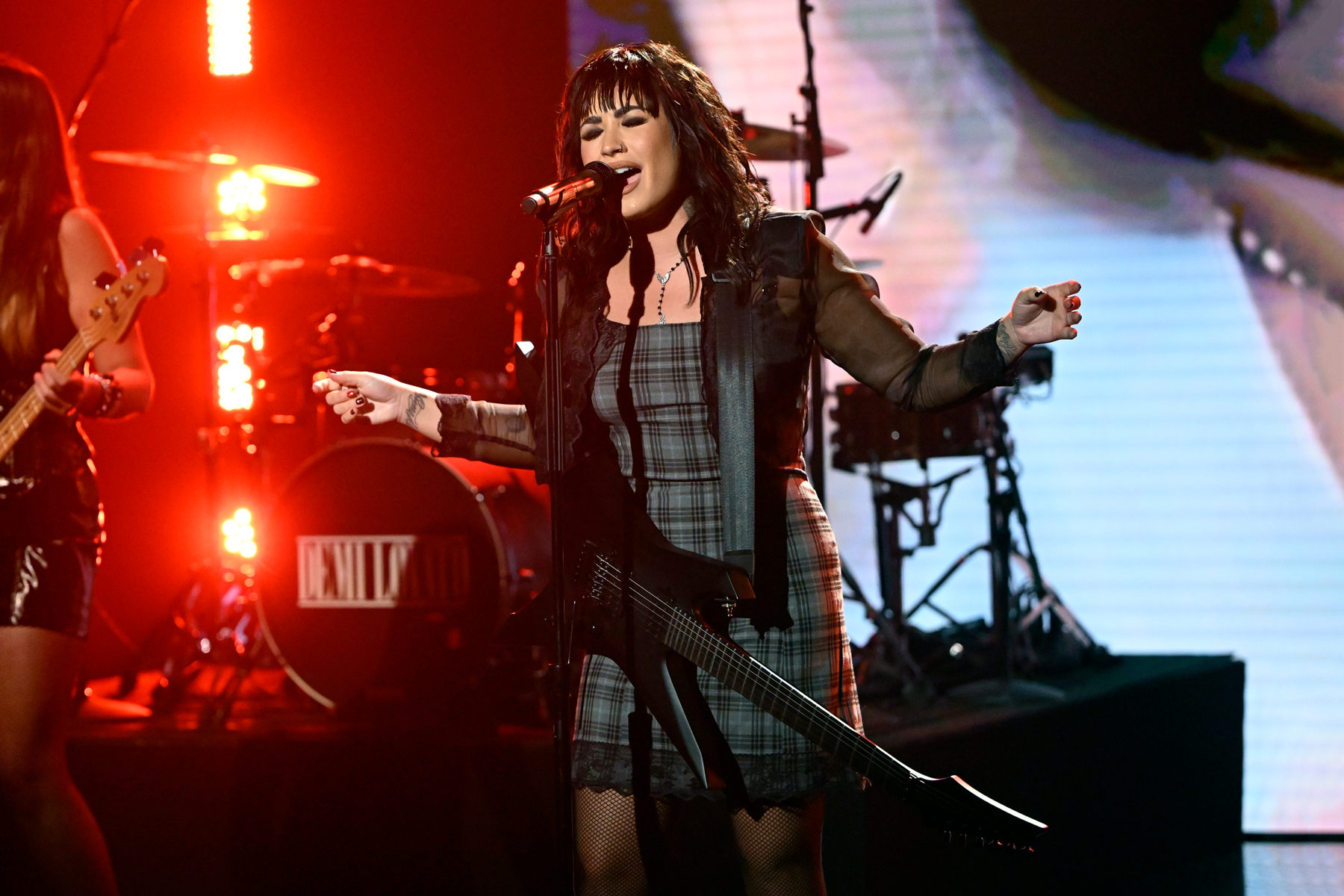 Demi Lovato appears to be reflecting on the icky aspects of her lengthy relationship with Wilmer Valderrama. On Wednesday, Lovato released her intense single, “29,” in which she sings about a 12-year age gap with an ex. Though she never mentions Valderrama by name, she and the That ’70s Show actor dated more than a decade ago, starting when she had just turned 18.

On the track, Lovato sings, “Just five years a bleeder/Student and a teacher/Far from innocent/What the fuck’s consent?/Numbers told you not to/But that didn’t stop you.”

Then, Lovato belts the chorus, in which she reflects on turning 29, the same age Valderrama was when he dated the Disney Channel actress. “Thought it was a teenage dream just a fantasy/But was it yours or was it mine?” she sings.

The musician also appears to take aim at Valderrama’s current relationship with Amanda Pacheco, who is 12 years younger than the actor. She sings, “I see you’re quite the collector/Yeah you’re twelve years her elder/Maybe now it doesn’t matter/But I know fucking better.”

A rep for Valderrama declined to comment when reached by Rolling Stone.

Lovato and Valderrama dated from 2010 to 2016, during much of the time in which Lovato struggled with her sobriety. In the past, she has credited him with helping her through her sobriety journey, writing on Instagram, “He’s loved me the way I never thought I deserved to be loved… I really wouldn’t be alive today without him.”

And in her Simply Complicated documentary, released after the two broke up, she opened up about the moment they first met.

“I’ve never loved anybody like I loved Wilmer. And I still love Wilmer… When I met him and I laid eyes on him for the first time… I was like ‘I love this man and I have to have him.’ But I was only 17, and so he was like, ‘Get away from me,’ ” Lovato said at the time. “After I turned 18, we began dating. I think it was love at first sight.”

But her view on the relationship has clearly changed over the years. Speaking to Zane Lowe on his Apple Music 1 show to coincide with the single’s release, she said she “put things into perspective” during a recent vacation trip after turning 29. She also was hesitant to go into more details about the track because the song “says it all.”

“I don’t have to say too much, to be honest, but turning 29 was a huge eye opener for me. And then, going into treatment and having realizations led to my transformation, my release of the emotion that was put into this song,” she said. “I would be lying if I said I didn’t have a ton of anxiety about putting out this song. I just said, ‘I have to go for this. I have to own my truth.’”

She added, “I’ve learned that sometimes saying less is more. And it’s taken me to 30 years old to maybe learn that, but here I am approaching the way that I express myself differently in front of the media because it’s okay to have boundaries.”

Lovato’s teaser of the song — which she already has started performing on tour — has been used as audio for TikToks from people, mostly women, who say they were in inappropriate relationships with older folks when they were teenagers. Some videos have reached nearly 200,000 likes and over a million views.

“29” follows the release of Lovato’s singles “Substance” and “Skin of My Teeth.” She’s set to release her album Holy Fvck this Friday. “I would say it’s a new era. I’m ever-evolving, ever-changing. I’d like to put the rest of my music behind me and start fresh in this new era for this next album — but I do that every album cycle,” Lovato told Rolling Stone earlier this year. “It’s a new era reminiscent of my first era.”