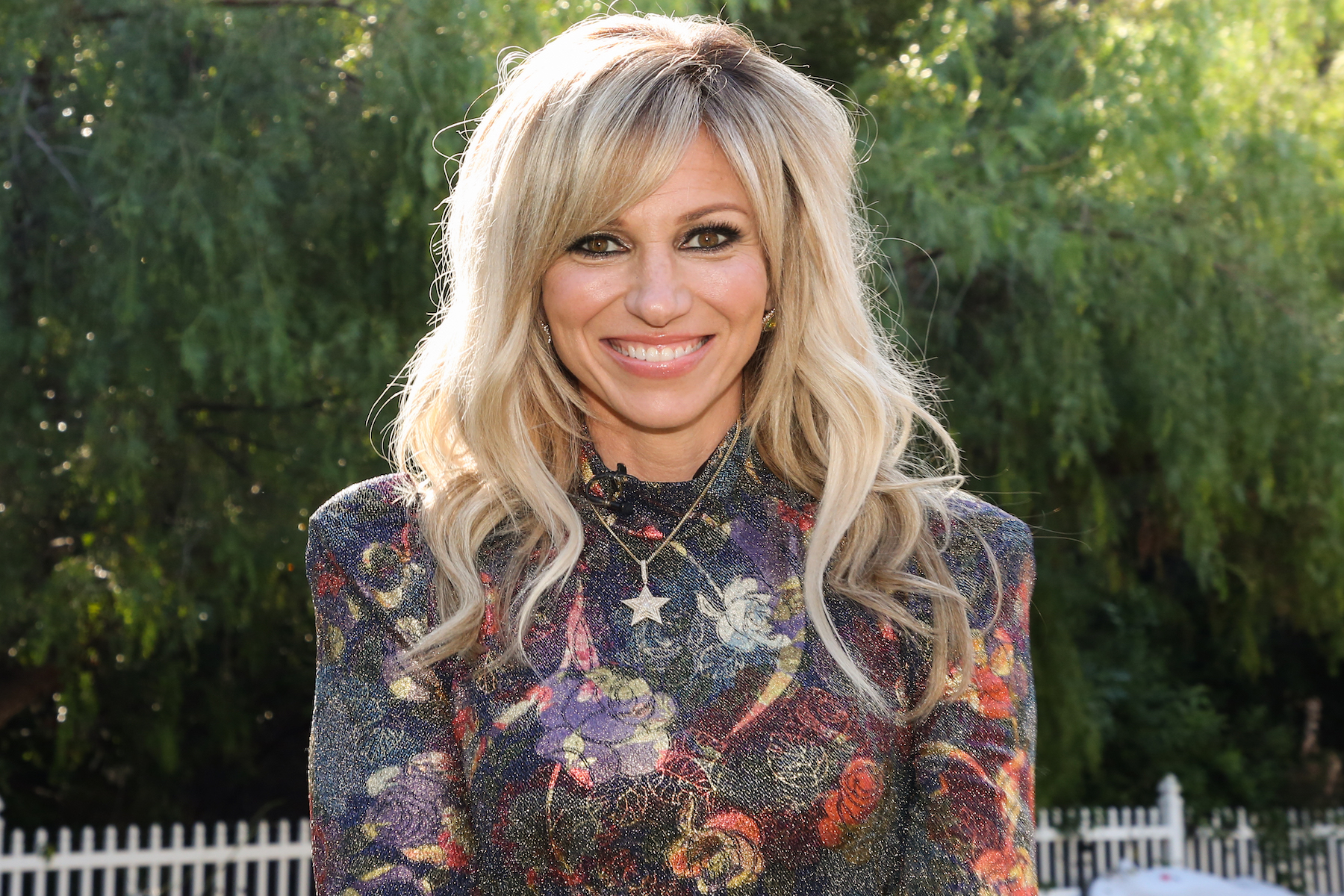 What can add joy to any pop fan’s holiday season? A little Electric Youth. Debbie Gibson throws her Santa hat in the ring with Winterlicious, her first-ever holiday album, which drops on October 21. It’s a Christmas celebration for the once and future pop queen, 35 years after her classic Eighties debut Out of the Blue and a year after her excellent 2021 comeback, The Body Remembers. “People need festive now more than ever,” Gibson tells Rolling Stone. “I think any chance for people to be uplifted is a good thing.”

On Winterlicious, Gibson sings a mix of familiar Yuletide standards, from “Sleigh Ride” to “God Rest Ye Merry Gentleman.” But she also includes originals like “Christmas Star,” which she just debuted last year. “Heartbreak Holiday” is a new duet with her longtime musical wingman, Joey McIntyre from New Kids on the Block. Gibson will also embark on a “Winterlicious” holiday tour that begins in California on November 25th.

Winterlicious caps an amazing year for Gibson. Last year, she dropped her first new album in 20 years, The Body Remembers, a triumph full of bangers about adult love, loss, and perseverance. Now is the perfect time for Gibson to get her due as a true pop trailblazer. In the Eighties, she pioneered the whole idea of a teenage girl writing and singing her own hits, like “Only In My Dreams,” “Shake Your Love,” and “Lost in Your Eyes.” Gibson paved the way for today’s young female chart-toppers, from Billie Eilish to Olivia Rodrigo. In 1988, at 17, she became the youngest woman ever to write, sing *and* produce a Number One hit, the ballad “Foolish Beat.” Her record still stands today.

“I’m definitely a lover of the festive spirit at holiday time,” Gibson says, with one of her ever-charming laughs. “I’m the person who starts playing the holiday stations at Thanksgiving, but now it’s been creeping into Halloween — the pumpkins get thrown out, and the holiday music starts. With Winterlicious, I wanted this album to be festive, but to have some depth and some Christmas balls.”

Winterlicous has the Hannukah celebration “Illuminate” and her McIntyre duet. “Joey Mac’s such a gracious guy,” she says. “He’s always saying how during the pandemic, we were each other’s lifelines, just having that creative partnership. There’s been a lot of magic there the past couple of years. I’m always grateful to those New Kids boys.” And she says, “‘Let It Snow’ feels like it’s out of a Rosemary Clooney movie musical. I’m always thinking in terms of ‘what do I want to perform live?’ so I literally dance around my house to this stuff — like the equivalent of me singing into a hairbrush.”

Gibson’s Daddy Joe joins her for “White Christmas.” “I was always a sucker for a daddy/daughter duet,” she says. “Like hearing Nat King Cole and Natalie Cole together. I’m so glad, especially in light of losing my mom this year, that my dad and I got this etched in vinyl for all eternity.”

Gibson just performed three sold-out shows in New York City to celebrate the 35th Anniversary of her evergreen 1987 debut “Out of the Blue,” one of the Eighties’ true pop landmarks. It has some of her best-known hits but also deep cuts like the great ballad “Between the Lines.” So Winterlicious seems like a victory lap for her and her fans. As she says, “Most people don’t have this moment once, and I’m having it twice. So now it’s exceeding my wildest expectations. I’m doing everything on my terms. So I’m able to have fun with this because it’s all within the realm of success it’s supposed to be in. Nobody’s there because it’s the trend of the moment or the thing to be at. Everyone’s there with some deep love and appreciation, and that’s what I’m feeling.”

Gibson’s always acting as well — she’s starred on Broadway in Cabaret,  Beauty and the Beast, and Les Miserables. Her latest film, The Class, is out on Sept. 9. “It’s kind of an homage to The Breakfast Club,” she says. “I play the drama teacher who helps these teenage kids uncover their emotional issues. And Anthony Michael Hall plays the vice principal, who’s giving me a hard time and doesn’t wanna be there on a Saturday.”

The most powerfully moving song on Winterlicious has to be “Cheers!” about the bittersweet feeling of New Year’s Eve. It hits home for Gibson since she just lost her mom Diane, who also acted as her manager for much of her career. “Last year, I FaceTimed with my mom on New Year’s Eve. We didn’t know it would be the last time, but I got cozy, ordered a pizza, and ate it with my mom. We FaceTimed for about an hour, and when I hung up, I sat at the piano, and the whole song ‘Cheers!’ poured out. ”

Gibson debuted the tune on her tour for The Body Remembers as her heartfelt tribute to her mom. “She’s in the music always,” Gibson says. “My mom had this favorite coat that’s very flamboyant—like the woman herself, it’s classy with a lot of flair. My sisters unanimously voted that I should have the coat because I share her flamboyance. So I decided to take her onstage with me. On tour, I wore her coat every night when I sang ‘Cheers!,’ which was very emotional. I’m not quite sure how I got through that every night!”

“I Wish Everyday Was Christmas”