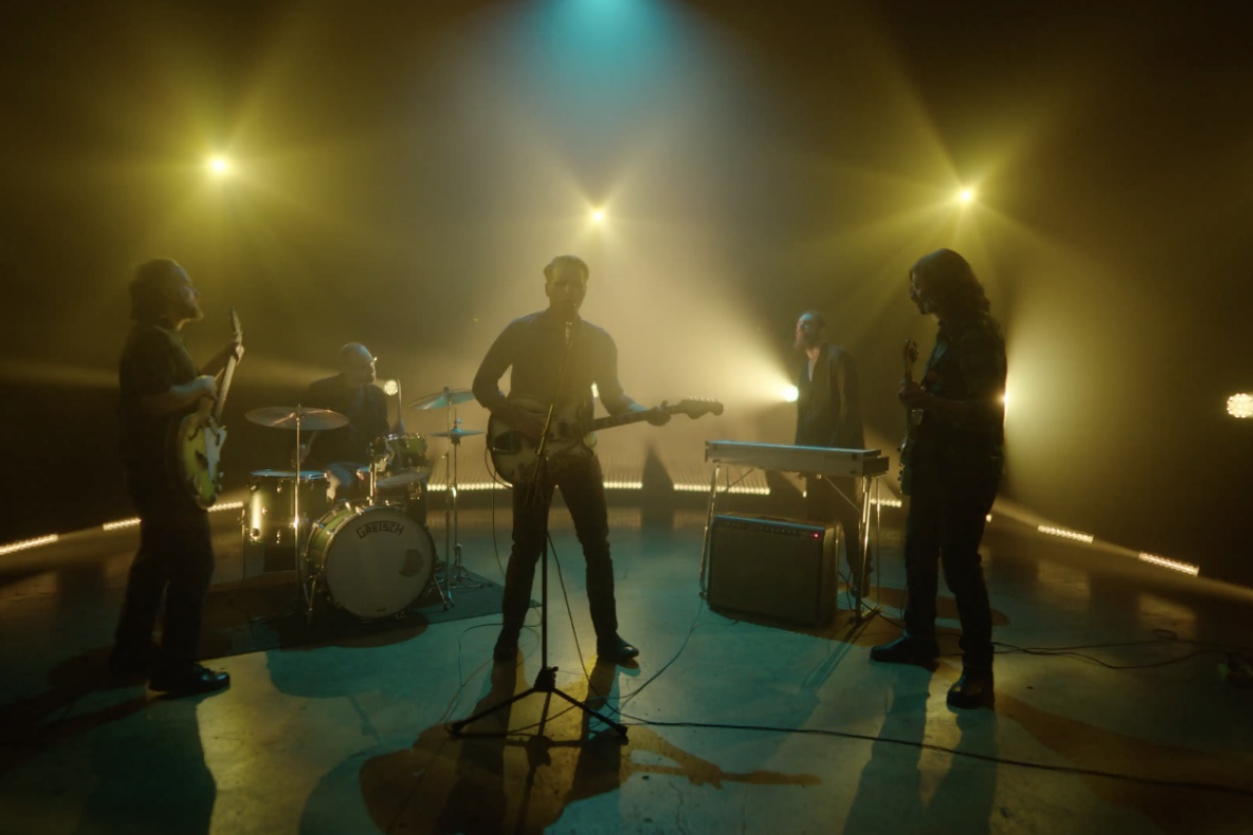 Death Cab for Cutie has released a new single, “Here to Forever,” along with a music video written and directed by filmmaker Lance Bangs.

The clip depicts frontman Ben Gibbard being forced to deal with packaging the band’s vinyl himself after having a conversation with two inept pressing plant employees, played by comedians Natalie Palamides and Courtney Pauroso. The scenes are cut between clips of the band performing the track and Gibbard’s interactions with the pair.

“It’s a song both about our impermanence and the anxiety of these times,” Gibbard explained of the track. “It’s also about wanting to believe in something bigger even when it feels like nothing is out there.”

“Here to Forever” will appear on Death Cab for Cutie’s tenth studio album, Asphalt Meadows, out on Sept. 16, via Atlantic Records. It follows their single “Roman Candles,” released in May. The distinctively heavy song, along with the rest of the album, was produced by John Congleton.

Death Cab for Cutie will embark on a U.S. headlining tour supporting Asphalt Meadows this fall. The trek kicks off Sept. 22 at the Sylvee in Madison, Wisconsin, and culminates with a two-night finale at Seattle’s Paramount Theatre on Oct. 26 and 27. The tour will also feature support from Low and Yo La Tengo on select dates. Tour dates and complete ticket information, including various pre-sales, are available here.