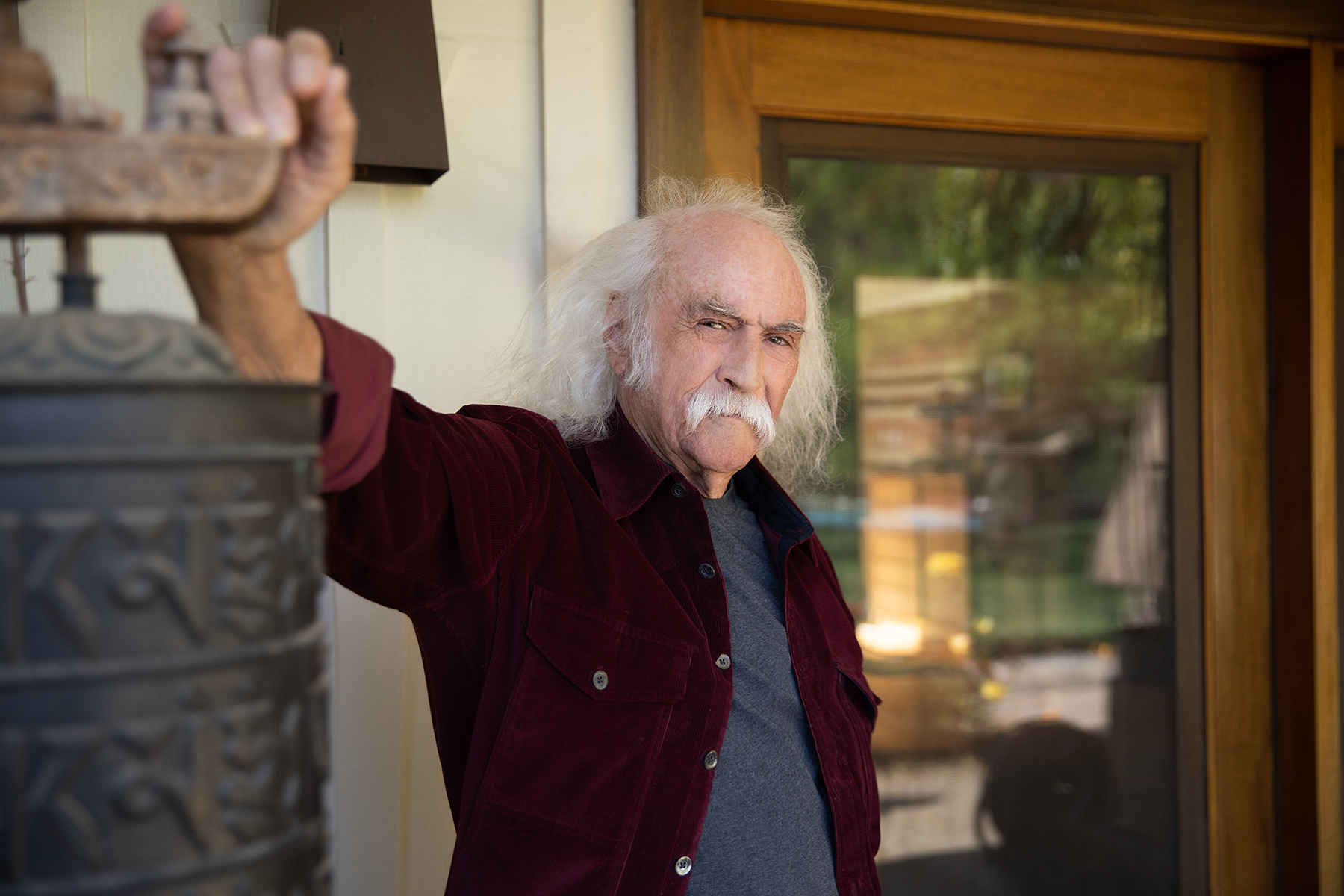 As one unfortunate visual artist on Twitter learned a few days back, David Crosby is not shy about sharing his opinions. That may upset some people on the Internet, but it makes him perfect for the role of Rolling Stone‘s official advice columnist. In this newest chapter of Ask Croz, the occasionally cantankerous folk-rock legend tackles questions from a Trump supporter; a man contemplating having children relatively late in life; a fellow who is unsure if reconnecting with his abusive father is a good idea; and a fan that wants to know if he stands by his famous speech at the 1967 Monterey Pop Festival about the JFK assassination being a conspiracy.

If you have questions for Croz, send them to [email protected] He’s willing to tackle any topic, no matter how provocative or disgusting, just stay away from questions relating to his musical career or whether or not CSNY will ever reunite. (Spoiler alert: It’s never going to happen.)

For more Croz, check out his recent solo albums Here If You Listen and For Free. He has several more in the works. But in the meantime, here are his latest Ask Croz answers.

I’m a 56-year-old father of two. My own dad was very abusive to me as a child, both physically and verbally. I cut him completely out of my life many years ago, and it felt great, but he’s older now and trying to re-connect. At the very least, he says he wants to know his own grandchildren. I’m very torn. I know I’m happier without him, but when it’s your own flesh and blood, are you supposed to simply forgive and try to move on? Every time I come close to doing that, I remember him whipping me with his belt as I screamed in agony. He’s a helpless old man now and I’m confused and don’t know what to do. Help.

Boy, you’re hitting me with a hard one right off. The high ground is in trying to give him another chance. Quite possibly, he had no idea what he was doing and was subjected to the same kind of stuff by his parents, which bent him. That’s usually the case. It doesn’t excuse it, but it might help you understand it.

The moral question of whether you owe it to him to try and give him another shot? That’s a tough one. I think, I think, the high ground is in at least trying. If you try and he’s snotty or inappropriate or wrong, you can tell yourself at least you tried. And I think that will make you feel better about him.

How old is too old to have a kid? I’m 51 and my girlfriend is 32. She wants a kid, but I fear I’ll be way too old to chase a kid around the house. I’ll also be in my seventies when the kid is in college. What do you think? Will a kid make me young or just make me feel old?

I don’t think you’re too old to have a kid at 51. No. Absolutely not. Truth is, I think people should wait until they’re in a stage of their life where they’ll be more mature to have the kid. I think getting married right out of high school and having kids in your twenties is not the way to do it. I think you know more, you’re more balanced, you have a better idea of what matters to you, you can communicate better, and you’re generally more stable.

I don’t think there’s any reason you shouldn’t have a kid when you’re 51 if your wife wants to and she’s willing to go through the trouble. It is a wonderful voyage. It is also a shitload of work. And it’s worth it. I have done it and I like it. I think you should go ahead and have a kid.

Did you ever stop and think that maybe, just maybe, you were wrong about Trump? The economy was strong those four years, the Covid vaccines were developed, and America didn’t get entangled in any foreign wars. I know his personality was off-putting and he said dumb stuff, but isn’t it just possible he was a good president and you refused to let yourself see that?

I measure people by, “What have they created? What have they done to help anyone else? Who do they love?” He doesn’t love anybody. He hasn’t created anything. He hasn’t made anything better at all.

Also, there’s several inaccuracies in what you said. Entangled in foreign wars? Well, we didn’t get out of any either. And he definitely blew our relationship with Europe, which was our biggest bunch of allies, you dimwit.

I think you want to find an excuse for him. I think you’re probably another racist person and you’re looking for an excuse and for it to be OK. It’s not OK. His idea of what’s right and wrong is completely antithetical to me and the values that we started this country on.

I will remind you that all men are created equal. All women too. He doesn’t believe that. So he’s out of the picture for me right there. Not a good human being, not trying to be a good human being. So there. I seriously don’t like him, and I’m not about to start liking him.

You famously ranted about the Kennedy assassination being a conspiracy at the Monterey Pop festival; after 50-plus years of investigations and research, has anything changed your outlook?

Absolutely not. Kennedy was shot by more than one person from two different directions. You can tell if you watch the Zapruder film. I’ve been to [Dealey Plaza in Dallas]. If you look at the range from the little knoll and the wooden fence to where the car was, I could have hit him with a pistol from there, let alone a rifle.

Now, the guy in the switchyard that goes over the freeway, who was near the freeway, he said he saw a guy with a rifle come from behind that fence. He also got killed. A number of people got killed afterwards. [Editor’s Note: These claims have been hotly debated, to say the least.]

Kennedy pissed off a lot of people. There were racists who felt he was giving the country away to Black people. There were people who felt he was fucking with the oil depletion allowance, which is a freebie the oil companies get because they’re eventually going to run out of oil. I don’t know how they got that through. The must have bought some senators and got that one. But he was messing with it. He was unpopular with the power structure, and that’s why he got killed.

I mean, Oswald shot at him. That’s not what killed him. I’m firmly convinced that I’m right. I’ve seen nothing to contradict that opinion.