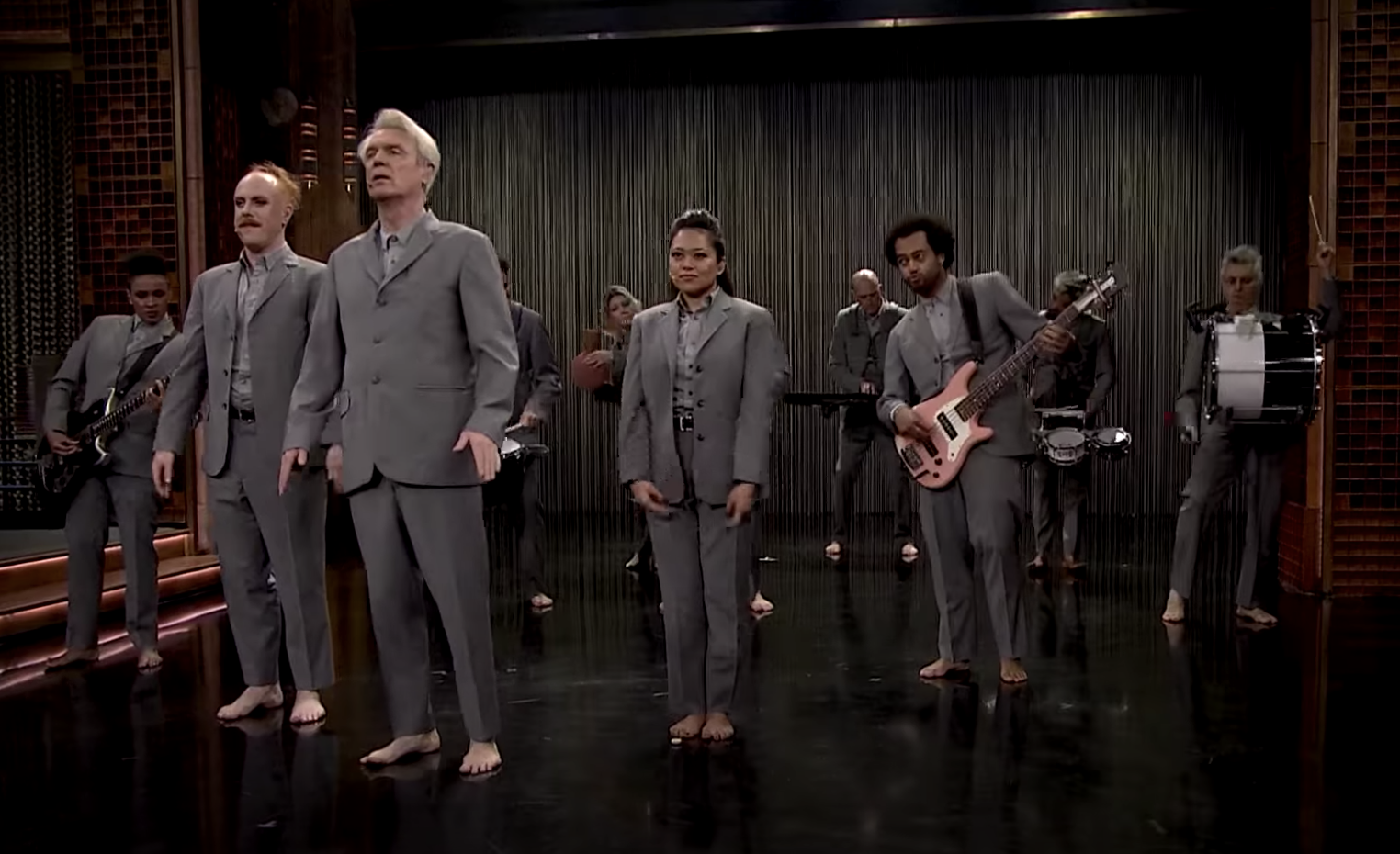 David Byrne and the cast of David Byrne’s American Utopia appeared on The Tonight Show to perform the Broadway production’s quirky number “Like Humans Do.”

Byrne also sat down with host Jimmy Fallon to discuss American Utopia, which is in the midst of a run at the St. James Theatre, as well as his musical career. The late-night host also joked with Byrne about the similarity between the iconic boxy suit the Talking Heads frontman wore in the 1984 concert film Stop Making Sense and the one actor Robert Pattinson wore to the recent premiere of The Batman.

“I hadn’t seen this photo,” Byrne replied. “He’s going to need a couple of seats for that.” The musician added that he personally wore the giant suit so it would “make my head look smaller.”

Appearing on that show, Byrne noted that he was unable to write new songs during the Covid-19 pandemic — “I thought, ‘I have not been able to process this,’” he said — and instead devoted his talents to drawing, which are now on exhibit at New York’s Pace Gallery.