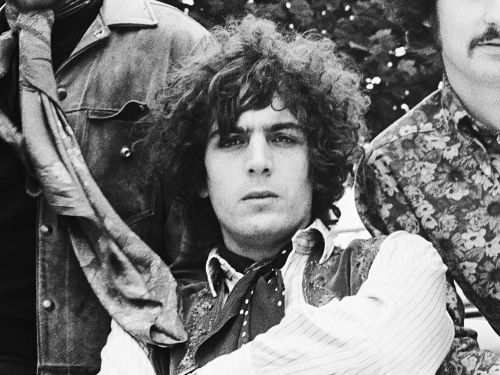 Have You Got It Yet? features interviews with Roger Waters, Nick Mason, and David Gilmour

Syd Barrett, who walked Pink Floyd through the gates of dawn before mental illness forced his departure from the then-rising group, will be the focus of an upcoming documentary featuring new interviews with his former bandmates.

Have You Got It Yet? The Story of Syd Barrett and Pink Floyd will chronicle the early years of the band, as well as the life of the elusive and madcap Barrett after he left the band during the recording of 1968’s A Saucerful of Secrets; Roger “Syd” Barrett died in 2006 at the age of 60.

Have You Got It Yet? — named after an unreleased song Barrett brought to his final practice with Pink Floyd — also includes interviews with legions of the artists inspired by Barrett’s brief tenure with the band — The Who’s Pete Townshend, Blur’s Graham Coxon, MGMT’s Andrew VanWyngarden and more — plus former Pink Floyd managers Peter Jenner and Andrew King, playwright Tom Stoppard and Barrett’s sister Rosemary Breen.

The documentary was co-directed by Roddy Bogawa and Pink Floyd’s famed graphic designer Storm Thorgerson; work on the documentary preceded and continued after Thorgerson’s death in 2013.

“It’s the tragic story of Brian Wilson and Kurt Cobain and many others in music and art whose explosive creative drives often rest on fragile exuberant energy that gets pressure cooked from their success,” Bogawa said in a statement.

“The film is not only a portrait of one of the most iconic cult figures in music through the lens and memories of his bandmates, lovers, friends, and musicians but also a look back at a group of friends growing up in the mid-sixties and their idealism, ambitions, hopes, and dreams during such an amazing cultural moment.”

Have You Got It Yet? The Story of Syd Barrett and Pink Floyd has not announced an arrival date or method of release.