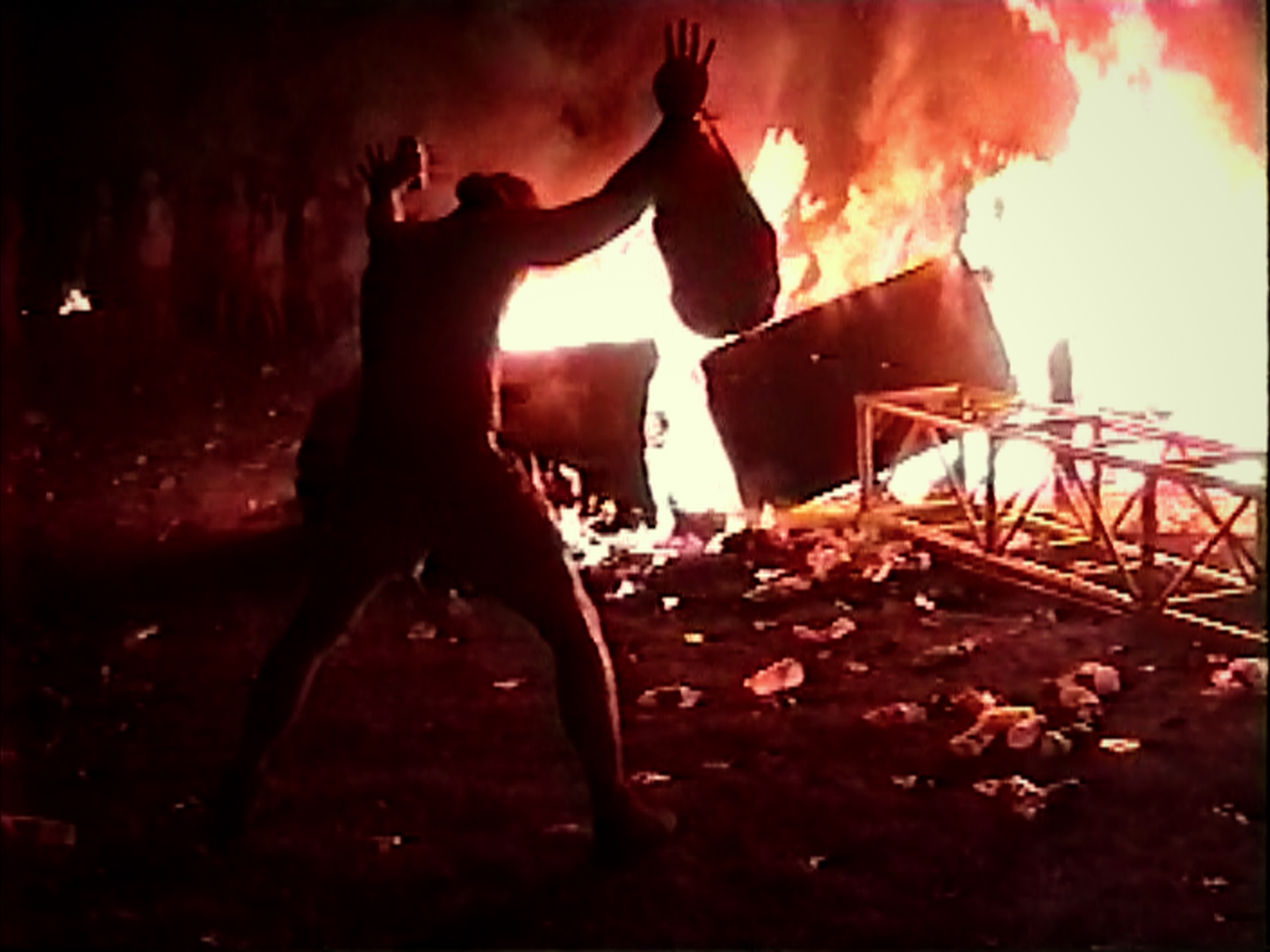 Revisit the “clusterfuck” that was Woodstock ’99 in an upcoming Netflix docuseries that digs deep into the infamous festival.

The three-part Clusterf**k: Woodstock ’99 series, premiering August 3 on the streaming service, uses unseen home movie footage, commercial archive, and artist video to present the story of the festival that promised to celebrate the legacy of the 1969 event but instead delivered bedlam and bad vibes.

“Woodstock is supposed to be synonymous with peace, love and great music. But in 1999, a much hyped 30th anniversary revival of the festival ended in chaos with fires, riots and allegations of sexual assault,” executive producer Tom Pearson said in a statement.

“What caused the festival to explode into violence? Was it a product of late 90s societal dysfunction, fueled by entitled frat boys? Incitement by the aggressive music of headlining rap metal bands – Korn, Limp Bizkit, Rage Against the Machine? Or the inevitable result of ruthless commercial exploitation by the festival organizers?”

The docuseries features new interviews with many of the festival’s participants and artists, including Korn’s Jonathan Davis, Jewel, Fatboy Slim, Bush’s Gavin Rossdale, and the late Woodstock organizer Michael Lang.

Clusterf**k: Woodstock ’99 is the latest docuseries to postmortem the 30th anniversary of the 1969 fest: In 2021, HBO aired Woodstock ’99: Peace, Love and Rage, which revealed — among other things — that the puddles of mud at the festival site was actually caused by burst pipes of human sewage.