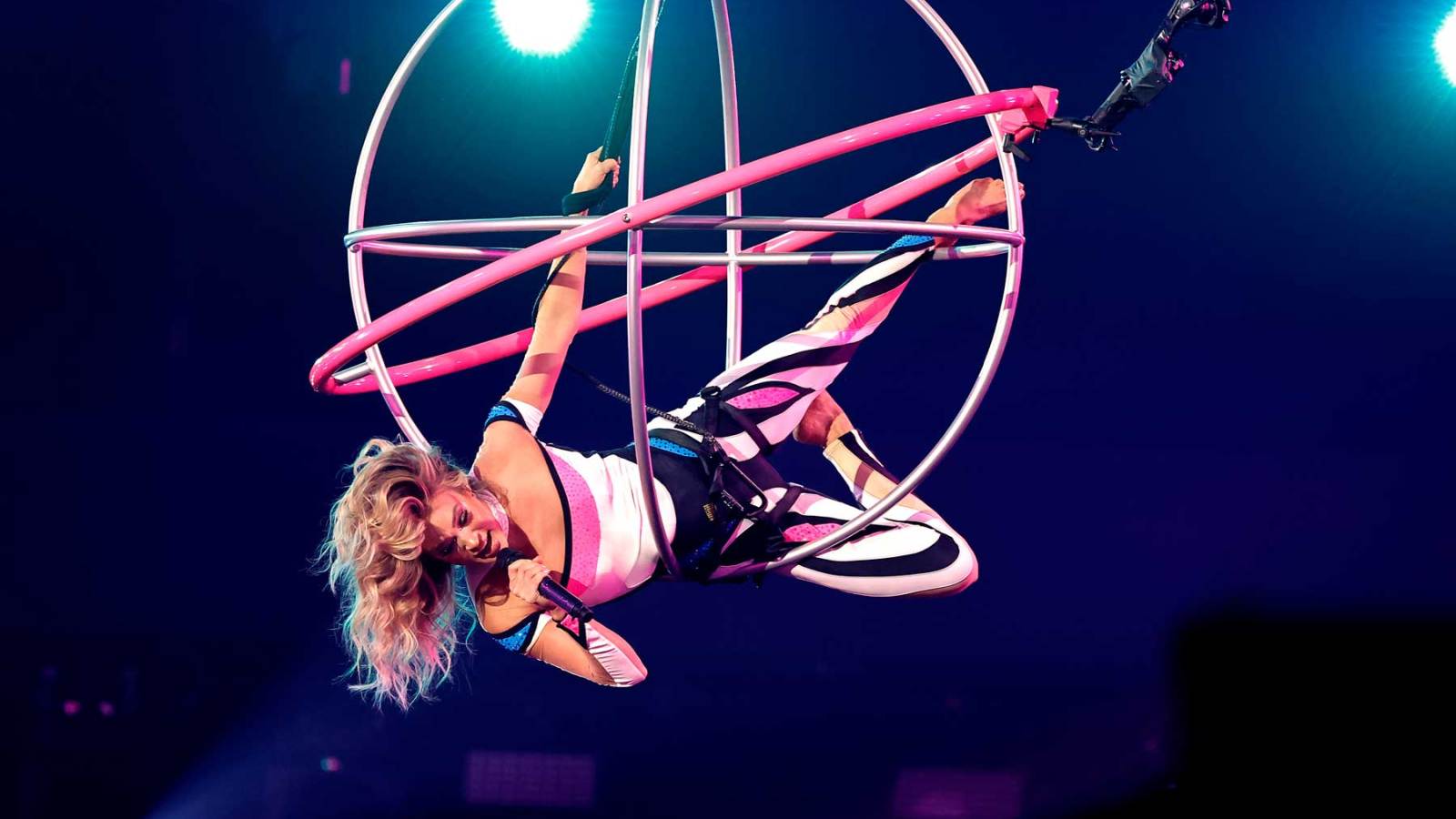 Heaven knows we need another performance from country icon Carrie Underwood. The legendary singer brought her signature powerhouse vocals to the 2022 American Music Awards for a performance of “Crazy Angels,” a track from her album Denim & Rhinestones.

Underwood floated toward her winged stage in an aerial cage above the crowd, belting out the song in a metallic pink and blue catsuit.

The country singer was nominated for a pair of honors at the American Music Awards — Female Artist-Country and Best Country Album for Denim & Rhinestones.

Earlier in November, Underwood performed “Hate My Heart” onstage at the CMA Awards in Nashville, where she was nominated for Entertainer of the Year. Ultimately, the multiple CMA winner went home empty handed, as newcomer Lainey Wilson edged her out of the Female Vocalist of the Year category.

Underwood just wrapped up the fall leg of her Denim & Rhinestones Tour, which is playing to arenas in the United States. She’ll resume the trek on Feb. 2, 2023, in Miami. The Grand Ole Opry member will also make a couple of appearances on that famed stage on Dec. 9, playing both the early and late show.