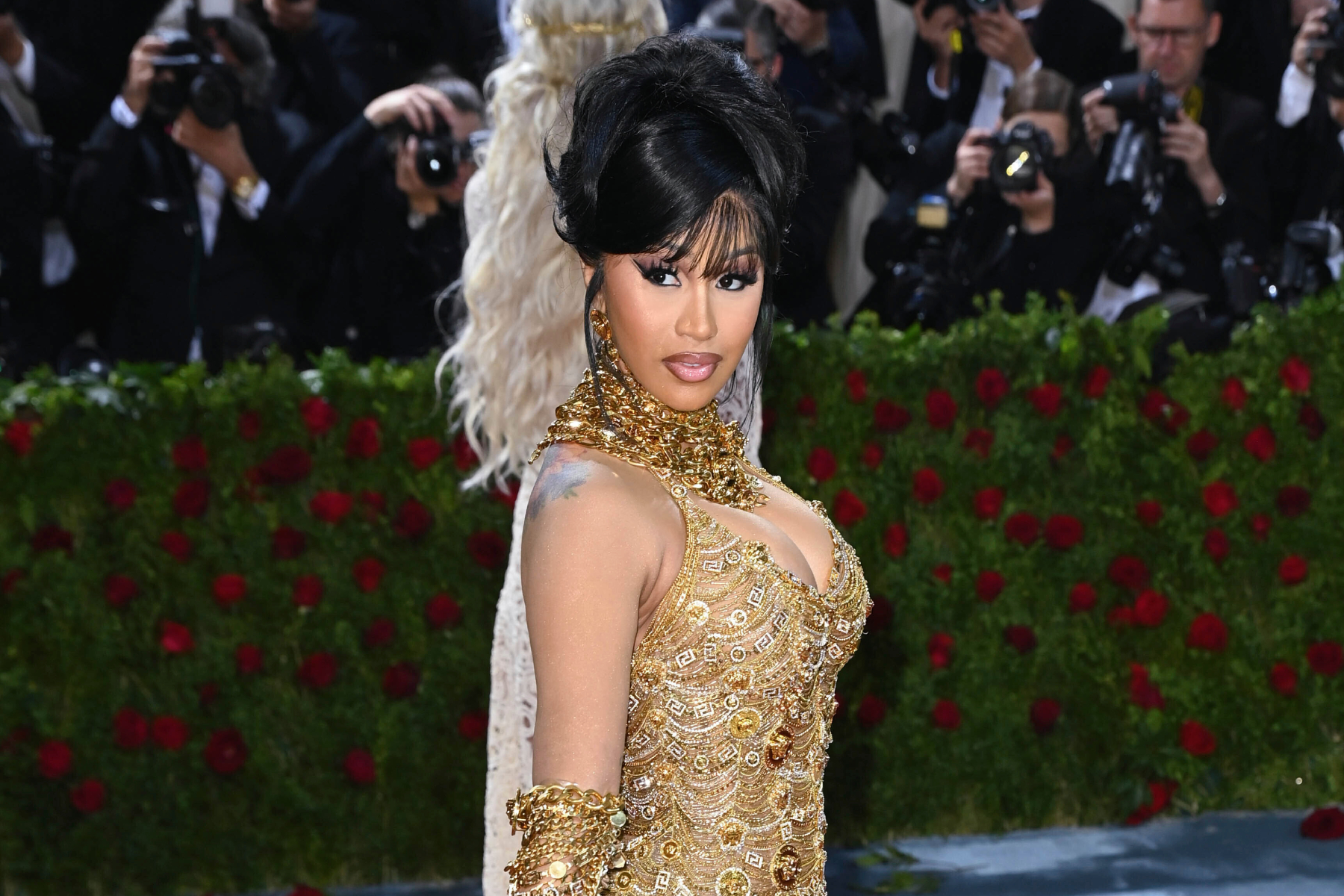 Cardi B spoke about getting a personal, but still club-ready verse from Kanye West for her new song “Hot Shit” while the rapper was in the thick of a media firestorm earlier this year.

In an interview with Zane Lowe on his Apple Music 1 show, Cardi said that Ye gave her the verse “a couple of months ago when he was just all over the media, because of all of the things that were going on.” (Though Cardi obviously didn’t mention any specifics, West’s divorce from Kim Kardashian was at a very contentious peak around February and March.)

“I like how his verse it’s personal, but it’s not that personal,” Cardi said. “It’s enjoyable in the clubs that you could be like, ‘Yeah, yeah. You talk your big cash.’ I really love it.”

She also talked about her own conversations with West, calling him “such an amazing, sweet person,” and saying she wished more people could chat with him “so they could just see the real him.” To that end, Lowe — who’s interviewed West on a handful of occasions — and Cardi delved into the perennial mystery that is the Kanye West persona, and the way it feels at once like the real thing, but maybe also a put-on.

Elsewhere in the interview, Cardi B praised Lil Durks verse on “Hot Shit,” saying he brought “that young energy” the song needed to really be finished. She also spoke about the origins of the song and why it’s been sitting around since 2019, and how she hopes the song fills a crucial void in music she’s noticed.

“I haven’t really heard a lot of music in the club that it’s like, when it comes on, it just made me want to throw bands,” Cardi said. “I feel like we’re missing these club bangers. I don’t know what’s going on right now… You know those records that Meek used to do, I want to hear one of those that it’s just like, pump me up. I’m trying to bring that with this record.”