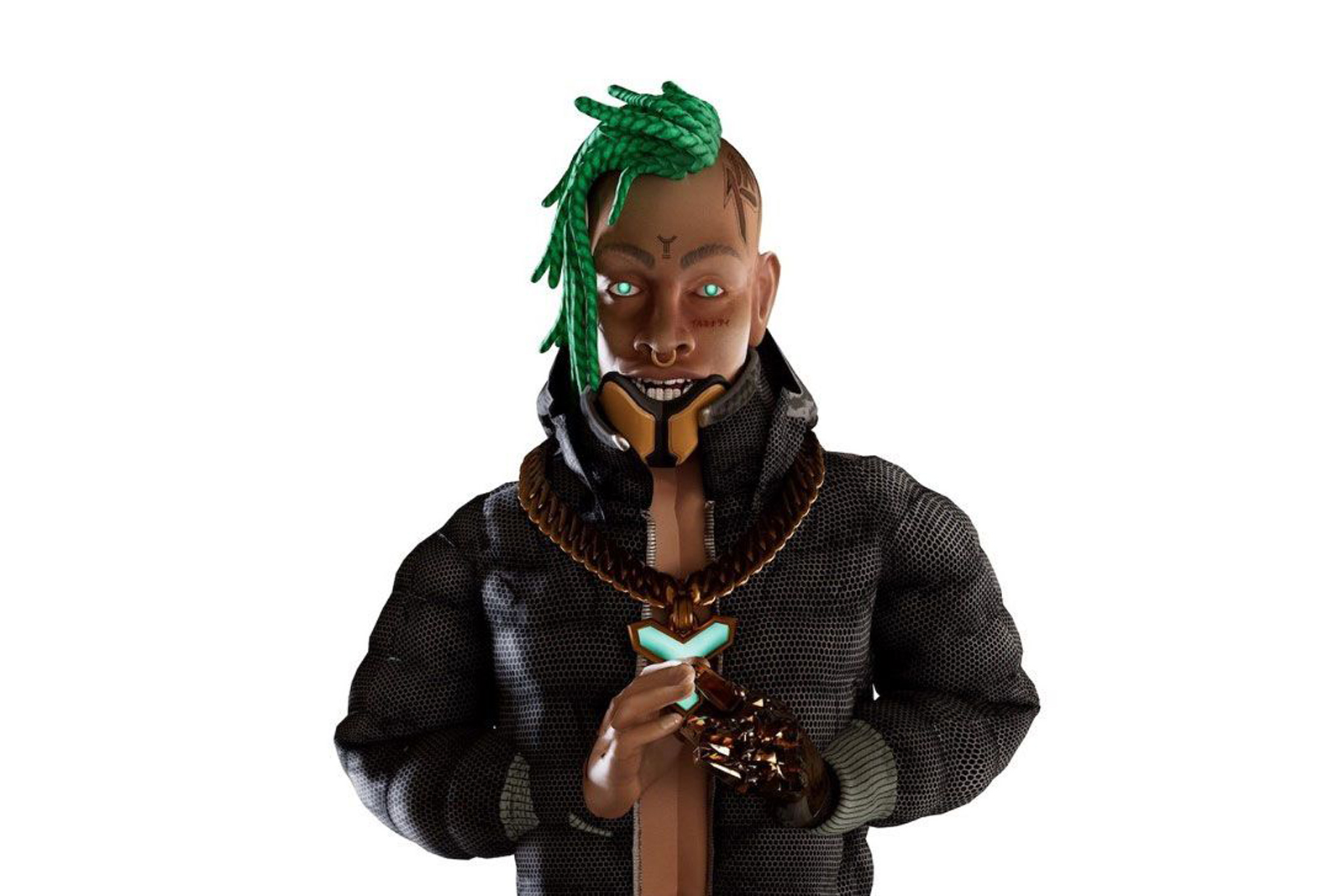 Nine days ago, Capitol Records, the 80 year-old music institution, announced that it had broken into the metaverse by becoming the first major label to “sign” a virtual rapper named FN Meka. Today, it has ended its partnership with the A.I. emcee after major online backlash against him, who many felt was an insulting caricature of Black and hip-hop culture.

In a statement to Rolling Stone, a representative of Capitol Music Group wrote:

“CMG has severed ties with the FN Meka project, effective immediately. We offer our deepest apologies to the Black community for our insensitivity in signing this project without asking enough questions about equity and the creative process behind it.  We thank those who have reached out to us with constructive feedback in the past couple of days—your input was invaluable as we came to the decision to end our association with the project.”

Capitol marked their announcement of FN Meka’s “deal” with the release of a new single by the avatar featuring Gunna, who’s currently jailed as he awaits trial for allegedly conspiring to violate the RICO Act alongside Young Thug and affiliates of their Young Stoner Life record label.

Really, Gunna carries “Florida Water,” the song that had already racked up over 1.5 million streams on Spotify before becoming unavailable on the platform this evening. “Florida Water” is pretty benign, flexing fair that aligns with outrageously materialistic character FN Meka has been crafted into for 10.3 million TikTok followers. “Tesla, Gucci Cybertruck, I reck that shit, don’t give a fuck,” Meka raps in his one brief verse, referencing a TikTok of Meka with an animated vehicle like the one he describes. That over-two-year-old video embodies much of the controversy surrounding FN Meka – it’s soundtracked by his song “Moonwalkin,” in which he clearly uses the N-word, once in the clip and four times on the full track. In an “interview,” Meka says that TikTok is his favorite post.

The virtual rapper — who describes himself as a robot in a the afromentioned “interview” and across his TikTok and Instagram pages — is pretty human-looking, save for a golden left hand and chin plate below his glowing green pupils. Though Meka is obviously not a person in storyline nor reality, he mostly looks it — and he doesn’t immediately look Black. This racial ambiguity, tied together with songs in which Meka raps the N-word, had drawn intense ire across the internet.

Though Twitter user @natenumbaeight’s diss song towards FN Meka is comical, it poignantly depicts one of several issues critics have of the virtual rapper: “We cannot let robots say n*gga in any form/If we let robot’s say n*gga, that’s how robotic racism’s born.” There’s even more concerning animated content across the avatar’s pages, like posts of him in jail, dressed in an orange, seemingly Off-White jumpsuit being beaten by a guard because he “won’t snitch,” causing more outcry over FN Meka’s perceived mockery of Black music, Black people, and Black plight.

Just hours before Capitol announced that it had essentially dropped FN Meka, Industry Blackout — an online coalition elevating civil rights causes at the intersection of Blackness and music since the uprisings of summer 2020 — posted a condemnation of Capitol Records on Instagram, calling on the label to terminate its partnership with Meka, formally apologize, remove his content from all platforms, and allocate funds spent on FN Meka to charities supporting Black youth in the arts and marketing budgets for Capitol’s black artists. Calling FN Meka “an amalgamation of gross stereotypes and appropriative mannerisms,” Industry Blackout’s letter says “This digital effigy is a careless abomination and disrespectful to real people who face real consequences in real life.” The group points to Gunna’s indictment as an example, which employed lyrics by the Atlanta rapper — “the same type of lyrics this robot mimics,” the letter continues.

Though the creator of the digital avatar, named FN Meka, is reportedly anonymous, Meka was championed by Anthony Martini, the co-founder of an enterprise called Factory New. Martini claimed FN Meka was the first signee to Factory New, which described itself as a music company specializing in propelling virtual characters.

According to Martini in a 2021 interview with Music Business Worldwide, FN Meka was “created using thousands of data points compiled from video games and social media” and his music is performed by a human, but structured by artificial intelligence: “We’ve developed a proprietary AI technology that analyzes certain popular songs of a specified genre and generates recommendations for the various elements of song construction: lyrical content, chords, melody, tempo, sounds, etc. We then combine these elements to create the song.”