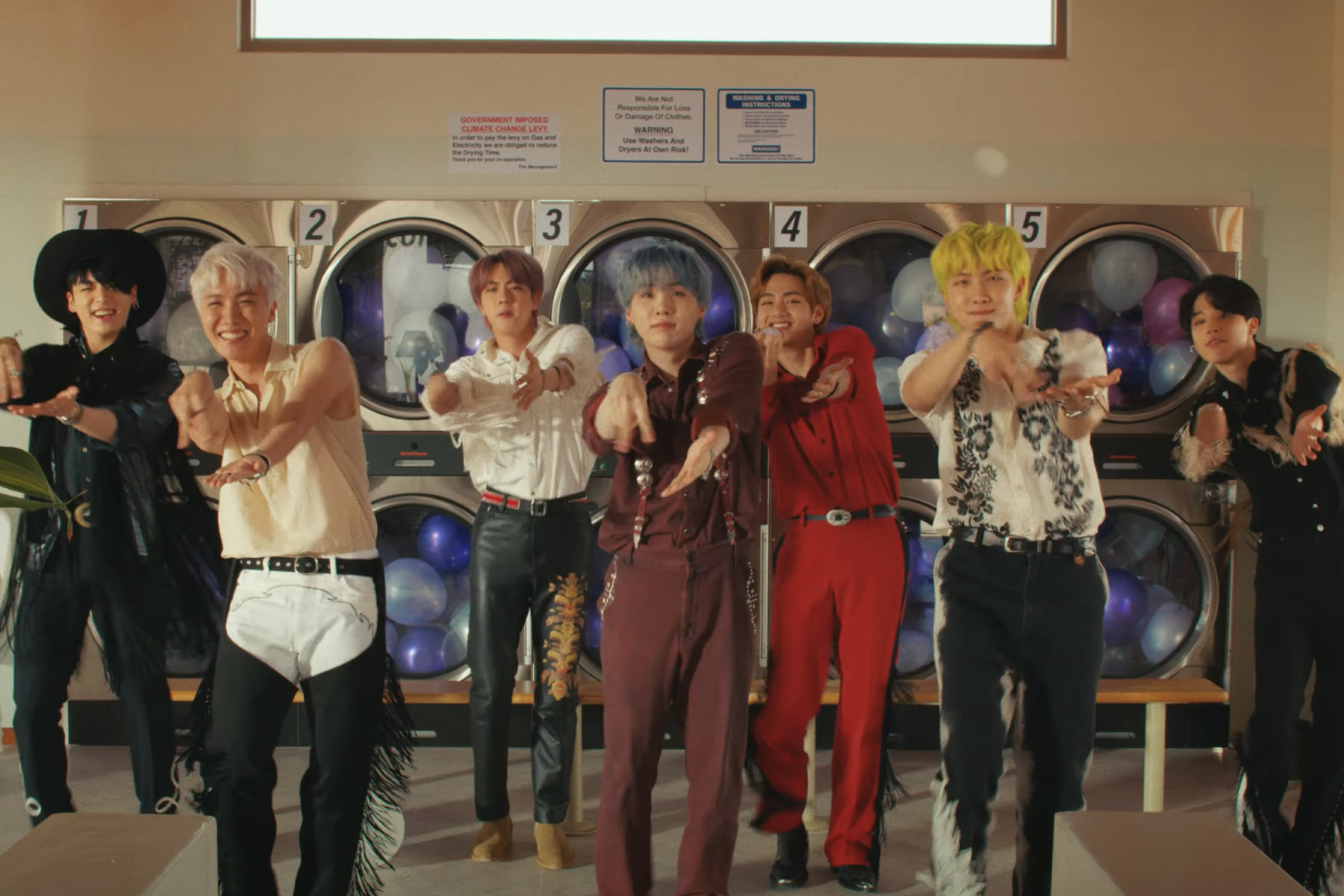 Scoring tickets to a BTS concert is hard enough, but nabbing a seat at shows in their home concert can be even more difficult for international fans. Especially when they’re performing their first show for a live audience in South Korea in two and a half years Love Yourself: Speak Yourself tour, a seat at a BTS concert has never been in hotter demand.

Following a sold-out four-night run at Los Angeles’ SoFi Stadium in December, BTS is returning to the stage with Permission to Dance on Stage – Seoul. The concert will take place over three nights on March 10, 12 and 13, but if you can’t make it in-person (or catch a flight in time), luckily, you have some options.

Permission to Dance on Stage – Seoul will be broadcast in select movie theaters around the world, with the March 13 show streaming online via Weverse. If you don’t want to wait until the global superstars perform stateside at Allegiant Stadium in Vegas on April 8, 9, 15, and 16 (or try to figure out how to buy BTS tickets online since the seats have already sold out), we’ve got a guide to how to watch BTS’ homecoming show online or in theaters. So get your ARMY Bombs ready, and read ahead.

The BTS concert on March 12 will be broadcasted in cinemas worldwide through a ‘Live Viewing’ event. So if you want to get tickets to see BTS perform on that date, you’ll want to grab a theater ticket fast, since those are expected to sell out as well. Check showtimes here, and see if a theater in your local area will be part of the broadcast.

Unlike the online livestream, there will be no subtitles for the Korean in any other language. Fans can bring their Army Bomb light stick, but make sure to check if your local theater will permit it. Make sure you get to your seat on time too, since the live viewing will start 15 minutes earlier than the actual concert.

How to Stream BTS Permission to Dance on Stage Concert Online

The Permission to Dance on Stage – Seoul concerts will be streamed online March 10 and March 13, while the show on March 12 will be broadcast exclusively in theaters.

Want to watch the Permission to Dance On Stage – Seoul show live? You’ll have to purchase tickets just like you would for an in-person concert on Weverse Shop. If you have a BTS GLOBAL OFFICIAL FANCLUB ARMY MEMBERSHIP, you’ll be able to purchase a different ticketing options (including multi-day passes) than fans without the membership.

The final BTS concert on March 13 will be streaming online at 6 p.m. KST, so you’ll have to wake up pretty early at 4 a.m. EST and 1 a.m. PST. But if you’re not able to watch the livestream, or miss the concert, there will be a delayed recorded stream of the concert a few days later.

The recorded performance of the March 10 concert will be available to stream online March 19, while the March 13 concert will be available to watch on March 20. Both streams will start at 10 a.m. KST (8 p.m. EST / 5 p.m. PST). The delayed concert replay will only be offered in a single-view camera angle in HD (versus multi-angles from the livestreams). As opposed to in theaters, fans will be able to watch the show with subtitles in three languages besides Korean — English, Chinese, and Japanese.