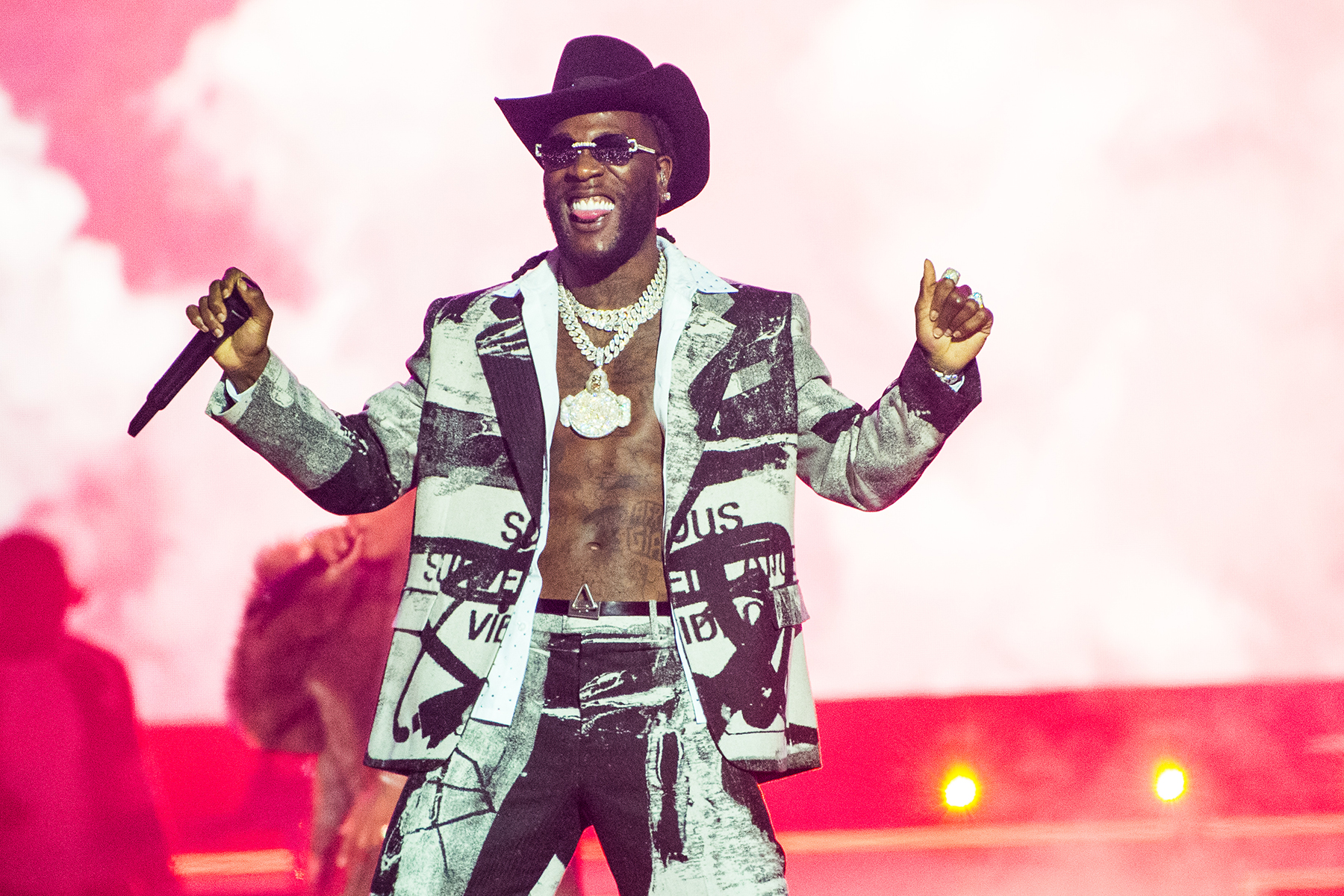 When Burna Boy hits the Madison Square Garden stage on April 28, the Afro-fusion artist will become the first Nigerian musician to headline a show at the world’s most famous arena. In celebration, he’s letting his international audience in on the making of history with the “One Night in Space” livestream, hosted on YouTube beginning at 9 p.m. ET on the day of the sold-out show.

“It’s a really exciting time!” Burna Boy told Rolling Stone when the show was first announced in December. “A kid from the south side of Nigeria headlining Madison Square Garden in New York as the first-ever Nigerian to achieve this! Not sure it gets any better and I’m extremely grateful!”

Along with the live stream, viewers who can’t make it to the Garden will have access to merchandise from the event via Burna Boy’s official online store. The available “One Night in Space” items blend the musician’s standout aesthetic with that of New York City, one depicting a spaceship descending upon the venue with a Knicks-style design.

Last fall, Burna Boy became the first Nigerian artist to headline Los Angeles’ Hollywood Bowl. With MSG up next, he’s thinking about the country’s musicians who can be ushered in through the same door they had thought to be closed to them.

“There are artists that I follow that have had similar predicaments, but in different ways,” Burna Boy told Rolling Stone UK in a recent interview. “You know, and they’ve seen me as a source of their inspiration, ’cos if you see that it could happen for me, there’s [a] precedent for us all.”