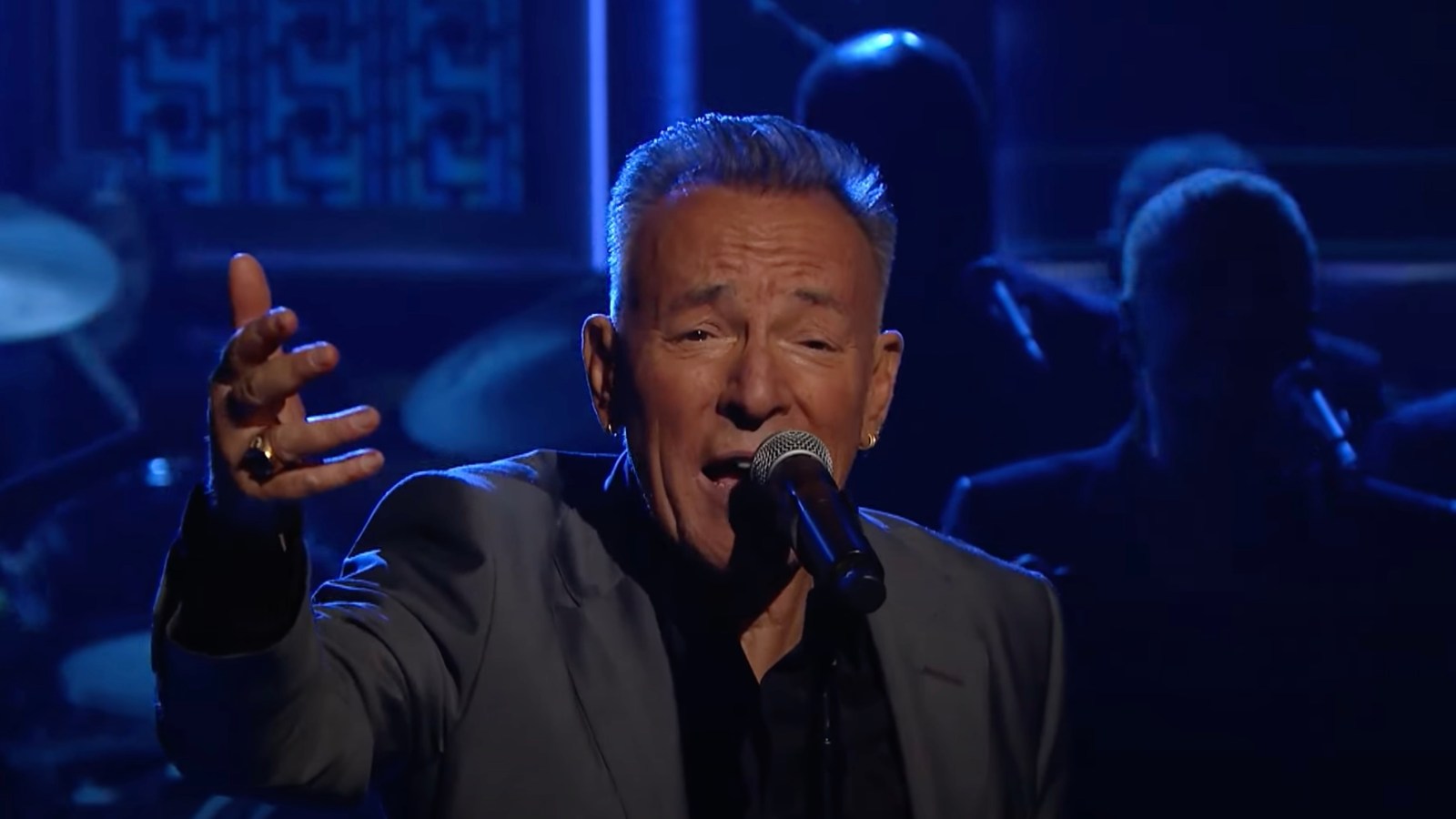 The Boss will return to The Tonight Show on Nov. 24 for a special Thanksgiving episode

Bruce Springsteen closed out his three-episode residency on The Tonight Show Wednesday with a soulful rendition of “Nightshift,” off his new covers LP Only the Strong Survive.

Backed by the same powerhouse band that accompanied him for the previous night’s performances, Springsteen delivered his take on the Commodores’ 1985 classic, a tribute to soul legends Marvin Gaye and Jackie Wilson. The single is the “newest” recording featured on Only the Strong Survive, which is mostly comprised of R&B singles from the Sixties and Seventies.

While the three-night takeover concluded, Springsteen will return to Jimmy Fallon’s late-night show in a few weeks to take part in The Tonight Show’s special Thanksgiving episode on Nov. 24.

Springsteen’s residency began Monday with a rendition of Frank Wilson’s “Do I Love You (Indeed I Do),” as well as a sit-down interview that ranged from the for his first tour with the E Street Band in six years and commonly misheard lyrics in his songs, to his promise to attend at least one show on Taylor Swift’s Eras Tour. On Tuesday, the singer performed “Turn Back the Hands of Time.”

“I wanted to make an album where I just sang,” Springsteen previously said of Only the Strong Survive in a statement. “And what better music to work with than the great American songbook of the Sixties and Seventies? I’ve taken my inspiration from Levi Stubbs, David Ruffin, Jimmy Ruffin, the Iceman Jerry Butler, Diana Ross, Dobie Gray, and Scott Walker, among many others. I’ve tried to do justice to them all—and to the fabulous writers of this glorious music. My goal is for the modern audience to experience its beauty and joy, just as I have since I first heard it. I hope you love listening to it as much as I loved making it.”