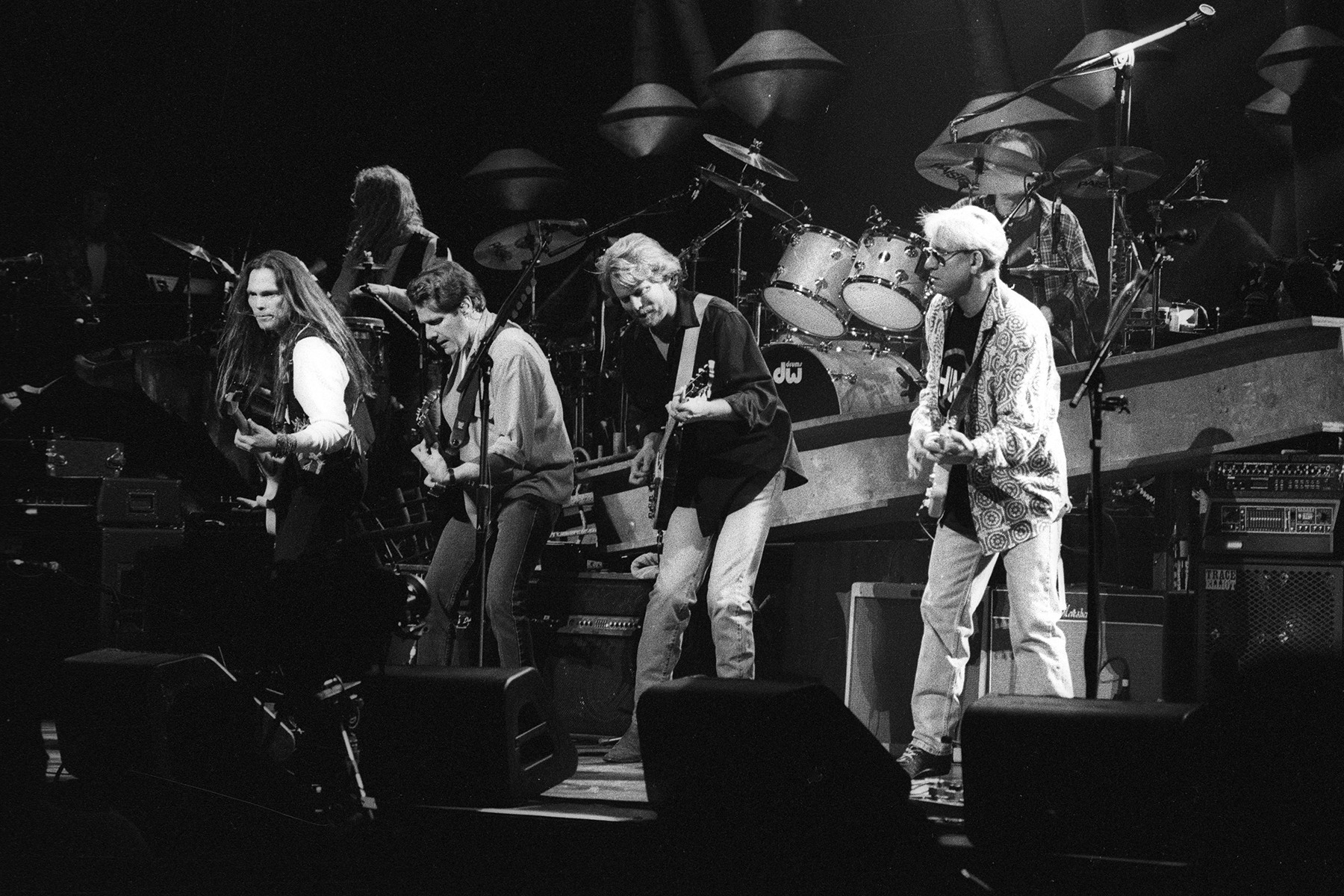 In motions filed Wednesday in New York Supreme Court, lawyers for the three men accused of stealing and attempting to sell handwritten lyrics to Eagles songs hit back with their reasons for dismissing the case — from statute-of-limitations rules to the prosecution’s supposed inability to prove the lyrics were stolen and even, in an unusual twist, to Covid 19-related complications.

In July, Rock and Roll Hall of Fame curator Craig Inciardi, rare-books dealer Glenn Horowitz, and rock auction house owner Edward Kosinski were each charged with one count of conspiracy in the fourth degree, which carries up to a four-year prison sentence. The three men are charged with attempting to sell nearly 100 pages of handwritten lyrics by Don Henley for “Hotel California” and “Life in the Fast Lane.” Attorneys for Henley claimed the lyrics had been stolen by an unnamed biographer — now named in the new filing motion as Ed Sanders, writer and former member of the Fugs — during research for Sanders’ authorized (and ultimately unpublished) biography of the band around 1979.

According to the original case against them and the new filing motions, Sanders sold the pads containing the lyrics to Horowitz for $50,000. In 2012, Horowitz then sold the 84 pages of lyrics to Kosinski for $65,000. The men then consigned some of the documents to Sotheby’s. The lyrics were seized by the Manhattan DA’s office in 2016, after Henley had filed a stolen-goods report (and after he had purchased a few of the lyrics for $8,500 in 2012).

Kosinski’s lawyer Antonio Apps argued in the 49-page brief (and signed on by the co-defendants) that the case should be thrown out on four grounds: the statute of limitations period had expired; there was “unreasonable delay in prosecuting the case” (six years between the seizing of the documents and filed charges) as well as “legal insufficiency” (in Kosinski’s case, alleging he was unaware that the lyrics was stolen); and “improper expert testimony” regarding the value of the lyrics, which were estimated at $1 million in the July charges.

In one part of the filing, a lawyer for one of the defendants cites “very creative theories of prosecution, straining to make out a non-existent case.”

The filing claims Henley offered “no proof to corroborate” the claim that the lyrics were stolen until recent years. “If the People’s view is that Mr. Sanders is not a thief, the Court should dismiss the Indictment in its entirety, because the gravamen of the crime of criminal possession of stolen property is that the property being possessed was in fact stolen,” reads the filing. The filing also cites a three-year statute of limitations (for conversation or replevin): “Mr. Henley had three years in which to file an action to recover the property, but he failed to bring such a claim. Upon expiration of that three-year limitations period in April 2015, the Eagles’ rights to the lyrics were extinguished…”

In their argument, the defendants’ lawyers essentially make the case that the timeline numbers don’t add up. Kosinski’s lawyer also contend that his involvement with the case ended on Oct. 29, 2015, “when Mr. Kosinski assisted Mr. Inciardi in transferring the lyrics from Christie’s to Sotheby’s in January 2016,” and that all three men “ceased to have possession of the lyrics as of January 5, 2016, when the lyrics were delivered to Sotheby’s, where they stayed until their December 16, 2016 seizure by the DA.” Therefore, “Kosinski and Inciardi relinquished their absolute ability to demand the return of the lyrics, and cannot therefore be found to have constructively possessed the lyrics after January 5, 2016.”

Then there’s the pandemic. The defendants’ lawyers argue that, due to the suspension of criminal cases during COVID by New York governor Andrew Cuomo, the DA’s office had a deadline of May 2021 to file charges, more than a year before they were actually filed; they will argue that one of the counts is “barred by the statute of limitations and should be dismissed.”

In a separate motion regarding Horowitz’s separate charges, the book dealer’s legal team argues that “he had no role or interest in any transaction involving the lyrics after 2012.” It also zeroes in on his interview with the DA’s office in 2017, claiming that the “statements made by Mr. Horowitz were made after the materials in question had already been seized by the DA’s office and thus after any alleged crime was complete. New York law is clear that evidence showing a defendant acted as an accessory after the fact is not sufficient to establish accessorial liability.” This additional filing also points to a time limitation, claiming that “each alleged offense falls outside the applicable five-year limitations period.”

Among the details in the motion are the May 2019 raid on Kosinski’s home in New Jersey, which claims “strong-arm tactics … wholly inappropriate in the context of this case” were employed. Multiple computers were taken, along with file folders including one for Stevie Nicks, an earlier client of Kosinski’s company. “The DA’s investigators in this case acted in ‘flagrant disregard’ of the scope of the search warrants in this case, in a manner that cannot be reconciled with acting in good faith,” it reads. “Their bad faith is demonstrated by the sheer volume of the materials taken and the fact that many of the items seized were obviously unrelated to the case based on their labels.“

A spokesperson for the Manhattan D.A.’s office did not immediately return a request for comment. A rep for Henley declined to comment. A hearing on the case is set for October 14.