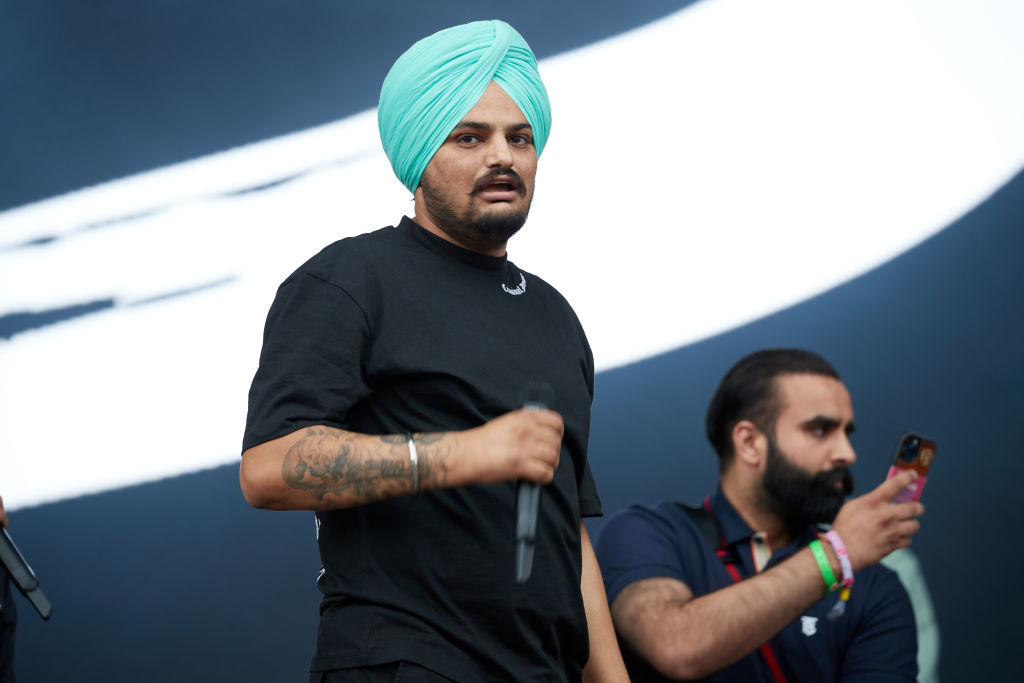 Sidhu Moose Wala, an Indian rapper turned politician whose songs racked up more than 4 billion views on YouTube in less than four years, was shot and killed on Sunday while driving near his home in India. He was 28.

The musician was gunned down by assailants while driving through the Mansa district of Punjab, in India, with gory videos and photos taken at the scene and posted to social media showing his body slumped in the driver seat of a black SUV, covered in blood, as a bystander attempts to take his pulse.

Footage of the aftermath of the attack reviewed by Rolling Stone shows a Mahindra Thar, a kind of Indian jeep, riddled with around 14 bullet holes. At least 30 rounds were fired by the gunmen, according to Punjab’s chief of police VK Bhawra.

He added that the bullets had come from at least three different weapons, pinning the blame on a rivalry between Moose Wala’s manager and a Canadian organized crime group.

The rapper, whose real name was Shubhdeep Singh, was hit by eight rounds, the Hindustan Times said, quoting a police officer. One of the other people in the car with him at the time of the attack has since died of his injuries, the newspaper reported.

Moose Wala, who released his first song in 2017, quickly burst out of India to become one of the country’s most forceful musical exports in a generation, cementing his place as an Asian rapper whose spotlight rivaled his most popular contemporaries in the U.S.

“India has very few authentic modern artists. He was right on top of that list,” tweeted fellow Indian musician Vishal Dadlani. “He’s a legend, his voice, his courage & his words will never be forgotten.”

Over thundering trap and drill beats often laced with samples of Punjabi music, Moose Wala rapped with a rich, soaring voice about gun violence, gangs, and his rags-to-riches story.

He was named as one of the best new artists of 2020 by The Guardian, and in the same year seemed to catch the attention of fellow rapper Drake, who followed him on Instagram.

Charting on multiple occasions in Canada and the UK, where he spent much of his career and achieved immense popularity with the Sikh diaspora, Moose Wala frequently collaborated with British artists including Stefflon Don, MIST, and Steel Banglez.

Most recently, Moose Wala had garnered 36,000 votes in Indian state elections in February (coming in second in that race), and was beginning to dabble in Bollywood cinema, confirming his status as one of the country’s most notable entertainers.

His killing sparked a war of words between rival political groups in India, who blamed the ruling party in Punjab for allowing the murder to take place.

“Today, a young Punjabi singer Sidhu Moose Wala was gunned down in a state-sponsored murder. The AAP government is totally responsible for this,” a spokesperson for India’s ruling BJP party said.

On Saturday, the state government in Punjab announced that it had watered down its police protection for a number of famous individuals in an effort to redirect its security forces elsewhere. The names of those who had lost their security details were later leaked, with critics saying the move had made those individuals vulnerable to attack.

Moose Wala was among the list of 122 politicians who had their bodyguard teams removed or scaled back this weekend. Law enforcement officials in Punjab confirmed that Moose Wala still had access to two armed security guards but had chosen not to travel with police protection on Sunday.

Crowds gathered at the Mansa hospital where Moose Wala had been taken following the shooting, with protests against the state government breaking out.

“Deeply shocked and saddened by the murder of promising Congress leader and talented artist, Sidhu Moosewala,” tweeted Rahul Gandhi, the leader of one of India’s largest political parties, following the news of Moose Wala’s death. “My heartfelt condolences to his loved ones and fans from across the world.”

Moose Wala, who joined Ghandi’s Congress party in December of 2021, said that his desire to enter politics came from a belief he could change the system from within.

“I am not entering politics for status or to earn praise,” he said on the day he joined the party. “I want to become a part of the system to transform it. I am joining the Congress to raise the voice of the people.”